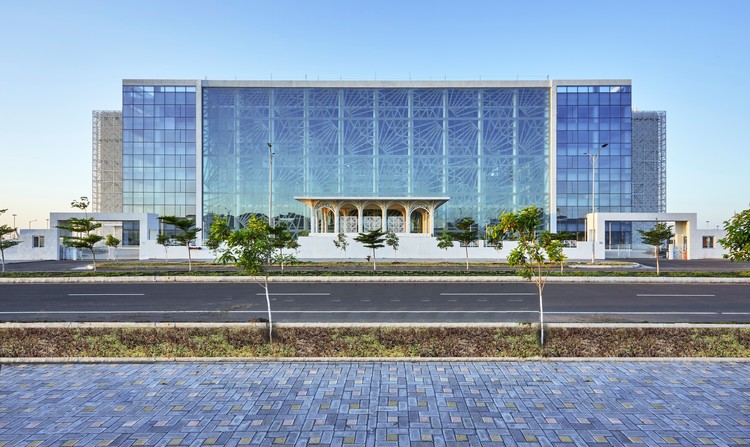 Auric Hall stands tall today as a landmark for Aurangabad Industrial City (AURIC), India’s first greenfield, smart industrial city. It has been planned as the face of the upcoming development in the area, complementing the vision of AURIC. The 16,660-square-metre building, houses administration and commercial functions, offering spaces that strive to achieve innovation and transcend expectations.

The design pays homage to the rich culture and history of Aurangabad while creating a timeless exemplar of beauty and sustainability. The building intends to bring back to life the traditional historical elements through means of modern interpretation, repetition, and symmetry, having played an essential part in the designing and conceptualizing of the structure. A distinctive jaali screen made in Aluminum that wraps the building adapts motifs from traditional Mughal architecture, the resultant choreography of light and shadows creating a fascinating narrative. It also minimizes solar heat gain and controls airflow through the building, regulating internal temperatures.

The building has been designed incorporating climate-responsive and sustainable design practices, embodying low energy costs, and use of high-performance materials to achieve IGBC Gold Performance. Aurangabad features a semiarid climate with extreme temperatures and intense solar radiation coupled with low rainfall. In response to these climatic conditions, appropriate form and orientation of the building were considered in the design in addition to shading methods adopted on the building façade.

Auric Hall also aims to enhance engagement between the state and its people. A large atrium is designed as a modern interpretation of the garden; overlooking a lake and bathed in glare-free North daylight, it provides a host of public exhibition and educational functions. It is enclosed by offices and indoor terraces on three sides, which themselves serve as social spaces for employees, encouraging cross-engagement and collaboration and becoming a vibrant center of activity. 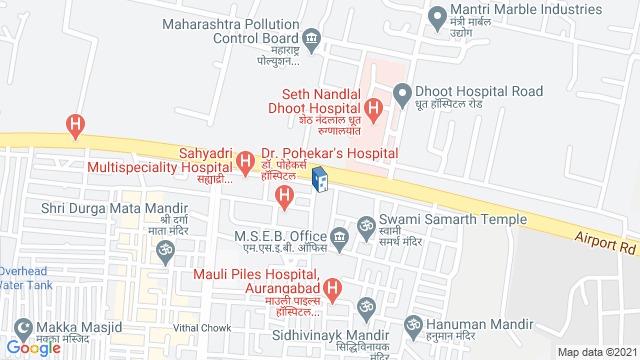 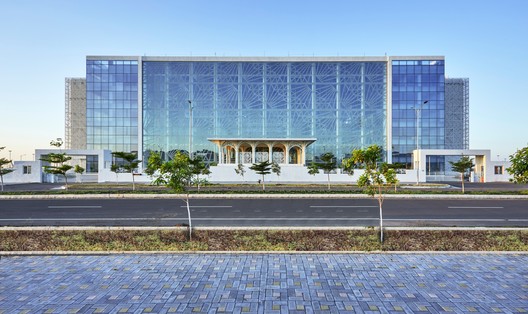