Text description provided by the architects. Siting lightly upon a forested knoll overlooking the spectacular Soo Valley north of Whistler in British Columbia’s Coast Mountains, SoLo is not a typical alpine home. With Delta Group’s intention to pioneer a future zero-emissions approach to building, Perkins&Will designed a prototype that demonstrates a unique approach to building off-grid in a remote environment where every choice has consequences. The performance led, the home expresses a restrained material palette while generating more energy than it uses, eliminating fossil fuels and combustion from its operation.

Challenging conventions in both aesthetics and construction, the prototype acts as a testing ground for low-energy systems, healthy materials, prefabricated and modular construction methods, and independent operations intended to inform the approach to larger projects such as Canada’s Earth Tower. A Passive House certified building, wood was chosen as the primary structural material and is authentically expressed and exposed in its entirety throughout the home—a ‘temple to douglas fir’.

Passive House—An 'Enclosure-First’ Approach. Given the extreme climate, it was critical to have an ‘enclosure-first’ approach to ensure energy efficiency and outstanding comfort. Employing Passive House principles, Perkins&Will applied a two-layer approach to the enclosure—an outer heavy timber frame acts as a shield, resisting the weather, while the heavily insulated inner layer acts as the thermal barrier. To make certain the house functions with exceptional thermal performance and airtightness, detailed thermal modeling was conducted of each weather condition. With the addition of double-height glazing opening the home up to the valley’s incredible views, the home has achieved PHI Low Energy Building certification.

Off-Grid Independent Operations. As an ‘off-grid’ home, a number of systems are required for its operational independence. With the goal to eliminate fossil fuels and combustion from its operation, Perkins&Will incorporated a photovoltaic array, geo-exchange system, and hydrogen fuel cell as a backup energy storage solution. Although it reduces efficiency, the site’s topography, along with the snow accumulation in winter, led us to mount the 32kW array vertically on the south façade. Complementing the home’s solar generation, future provision for wind power was provided. The house collects and treats its own drinking water and processes its wastewater. The result is a self-sufficient house that generates more energy than it uses—beyond net-zero energy.

Prefabricated and Modular Construction. Solving the challenges provided by the site’s remote location and seasonal construction window, local builders were commissioned to prefabricate modular building elements units off-site. This was essential to allow for a quick erection of the building in the summer season while decreasing the amount of equipment and materials needed to be delivered to the site—reducing the project’s embodied carbon footprint. Minimizing site disturbance, the modular prefabricated home was set on a light structure above the uneven terrain, reinforcing its relationship to the site as a ‘visitor’, allowing nature and the site to remain the focus.

Performance Led Aesthetic. Propelled by the project’s remoteness, Perkins&Will designed SoLo to express a distinctive performance led aesthetic that is deliberately authentic and unsentimental. Focusing on the essential characteristics of the building, the home embodies a simple aesthetic through a restrained material palette and edited architectural features. Unexpected and unique, the interior of the house features only six materials. The douglas fir structure is celebrated throughout the house, at once structure and finish. With a commitment to promote health and well-being, we purposely chose materials from our Precautionary List rounding out our holistic approach to sustainability by eliminating harmful chemicals. 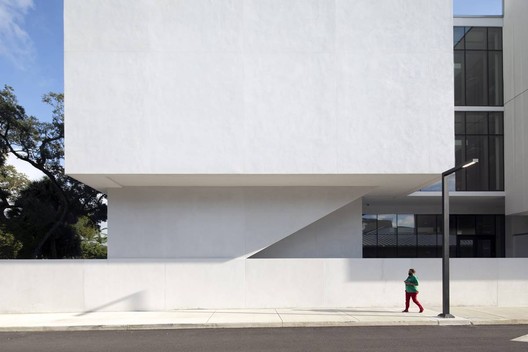