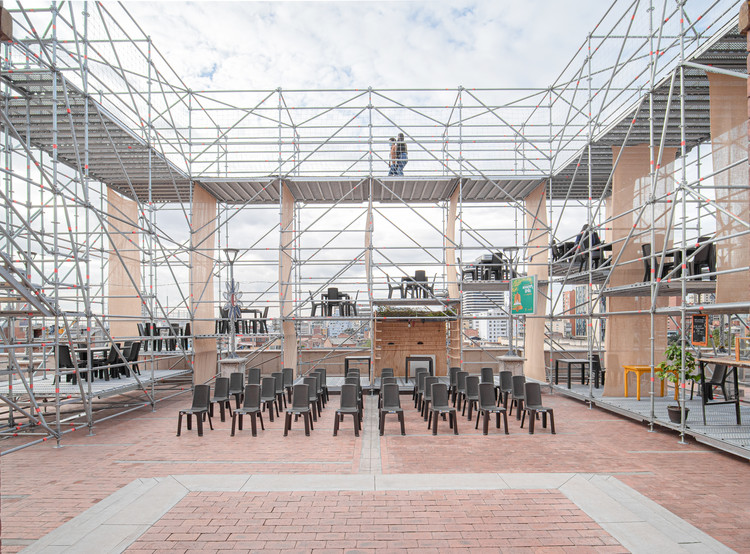 Text description provided by the architects. As a continuation of the initiative of the Bogotá mayor's office to generate economic reactivation interventions, the design team called by the Colombian Society of Architects carried out the design of the La Concordia Amphitheater.

Learning from the “La perse” project (colab19.co/la-perse), it was understood that the concept of vertical physical distancing through scaffolding was very successful since it managed to triple the capacity of the Plaza de la Perseverancia. This helped its economic reactivation in times of pandemic.

At the time that the "La Concordia" market place sought out the Colombian Society of Architects to generate a similar installation in its open spaces, it was understood that this installation would carry an expression similar to the previous intervention. However, the use of the project should be diversified since the Plaza de la Perseverancia market square only has uses related to gastronomy. In the case of the Plaza de la Concordia, it was quickly understood that it not only served gastronomic uses but also had a strong focus on commercial and recreational uses (theatre and gallery).

In this way, Colab-19 (colab19.co), came to the conclusion that the new intervention should show the diversity of uses and the cultural importance of the square. Therefore, the proposal was proposed as a flexible amphitheatre capable of housing the gastronomic, commercial and recreational uses present in the place. Having the typology of a U, the scaffolding is accommodated at the entrance of the square to generate a stage that uses the façade of the existing building as a theatre curtain. This space can be used flexibly for any type of recreational activity, be it a performance, a concert or even a mass. This is to support the entertainment sector of the city of Bogotá, which has been seriously affected by the pandemic.

On the first floor, the intervention provides spaces for the commercial shops of the square and in terms of gastronomic uses, a habitable staircase was proposed that guarantees social distancing among its guests. One of the lessons learned in the project of Plaza de la Perserverancia was that the intervention was appropriating the public space. For this reason, the top floor of the Concordia amphitheater was proposed as a viewpoint in order to return the occupied public space to the city. Finally, a design was reached that benefits the citizens of Bogotá.

The 2020 pandemic has managed to intensify existing inequities throughout the world. In a Latin American context, where the vast majority of the population does not have the possibility of working from home, the socio-economic repercussions of the pandemic will be felt in the years to come. For this reason, Colab-19 (colab19.co) makes a call to other Latin American offices that are seeking to expand to work collaboratively and thus cover the problems present in our context through tactical architecture interventions. 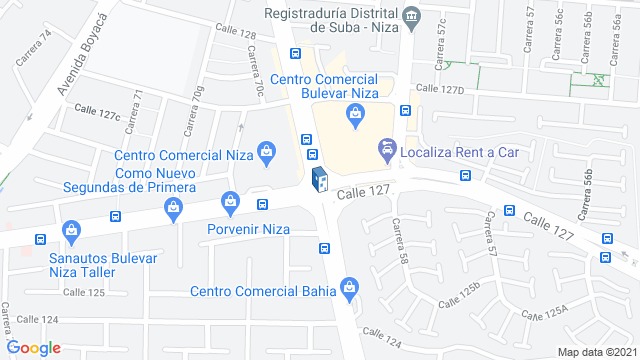 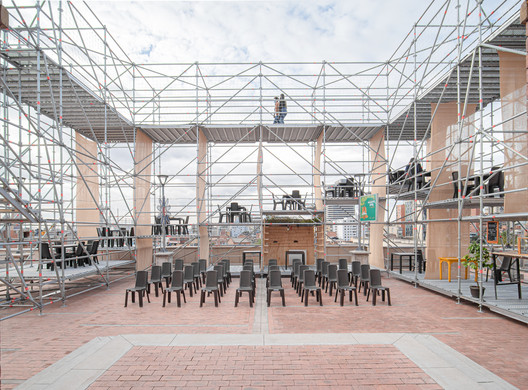