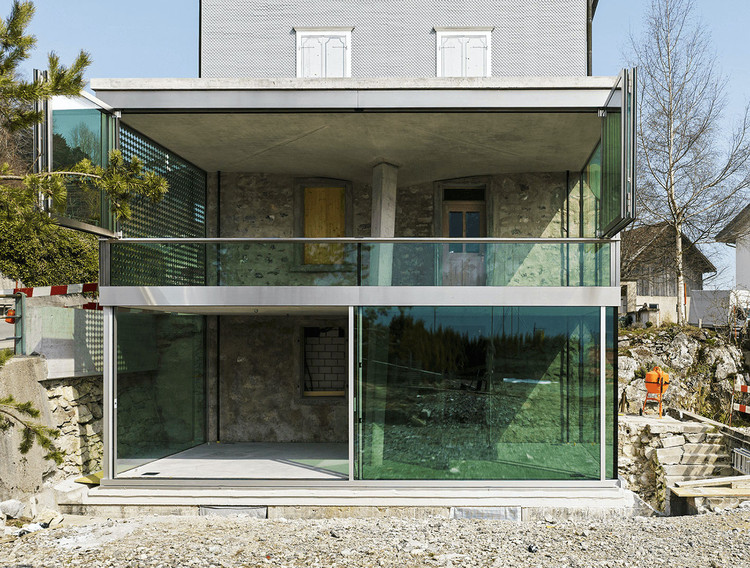 Text description provided by the architects. The spatial idea emerged from a comment the client made: it should be something light, something with columns.

The first model – a small cardboard model – had two columns: one in the middle of the façade, the other one on an angle inclined towards the existing building. With this model in my hands, I visited the engineer, Dr. Joseph Schwartz, at the ETH. We both agreed, that two columns were too many.

One would be enough – no, even better – half a column! Like this, a house with half a column has been developed in Seelisberg, Switzerland. 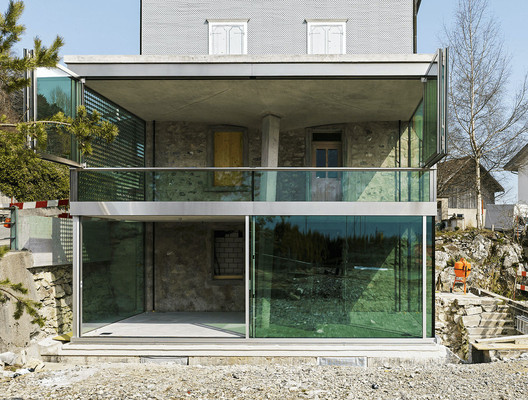