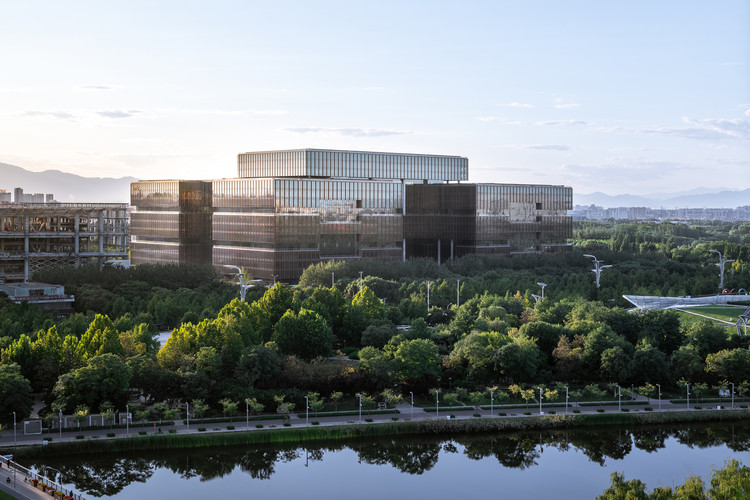 Text description provided by the architects. Asian Infrastructure Investment Bank, AIIB, is the first multilateral development bank with head office in China. This financial institution, with its 103 member states, has now moved into its new head office at a prominent location in Beijing. After winning the international competition in September 2015, the architects gmp von Gerkan, Marg and Partners, and their partner practice Architectural Design and Research Institute of Tsinghua University Co. Ltd. (THAD) have completed the 83-meter-high symmetrical building with its stacked meandering building volumes. It marks the end of the north-south axis through Beijing’s Olympic Park and is located in the direct vicinity of iconic buildings such as the National Stadium and the National Convention Center. All offices are grouped around a total of nine open courtyards that allow light into the building. Its center features a building-high atrium around which open spaces are arranged in a continuous manner offering many interconnecting views.

In its exterior shape, the building adopts principles of the typical Beijing courtyard house, while its construction has elements that are reminiscent of traditional Chinese timber buildings. The stacked meandering three-story building volumes create a complex and open interior landscape that makes connections and emphasizes the transparency of the AIIB and the sense of community of the over 100 nations.

The first floor and the first subfloor contain shared functions such as canteens, cafés, and shops, as well as a conference hall for 1,500 delegates. The top fifteen floors accommodate offices in the form of modular work environments. Intermediate floors and open terraces are formed by the offset arrangement of the meandering parts of the building, offering many internal vistas and thus emphasizing the sense of community. At the same time, this structure makes orientation in the building straightforward.

Open sky decks with varied thematic planting symbolize the “gardens of the world”: three of the nine courtyards have been laid out in accordance with traditional Chinese garden design and, in addition, trees from Asian member states have been planted. These “oases” in the Beijing metropolis serve as informal, open meeting areas and can also be used for celebrations. Wooden elements, and lamps reminiscent of traditional Chinese lanterns, have been used to create an intimate atmosphere.

Seen from the outside, the meandering building volumes make up a transparent glass cube that is structured and subdivided by the four external courtyard spaces. On each side of the building, in the middle, is a courtyard, thereby providing access to the building from all directions. The three-story elements that make up the whole building are expressed in the facade and are further highlighted by lighting that picks out the lower edges. The internal shimmering lanterns round off the harmonious lighting effect.

During the short design and construction period of only four years, the building was able to achieve the best possible standards in terms of ecology. This is evidenced by the award of the national 3-star certificate, the top certification level for ecologically sustainable buildings in China, as well as that of the Platinum LEED certificate. 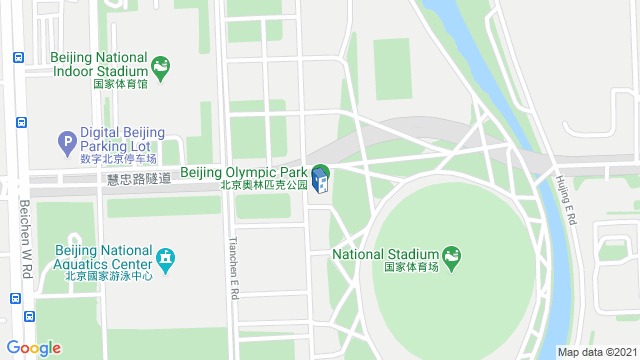 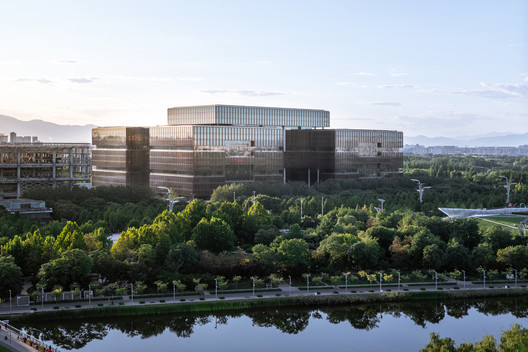