Paris Mayor Anne Hidalgo has approved a comprehensive plan to transform Champs-Élysées, the city's most famous avenue. Though the €250m makeover will not happen before the French capital hosts the 2024 Summer Olympics, the proposal aims to turn a 1.2 mile stretch of central Paris into an expansive garden. The proposal includes reducing space for vehicles, turning roads into pedestrian green areas, and creating tunnels of trees to improve air quality. 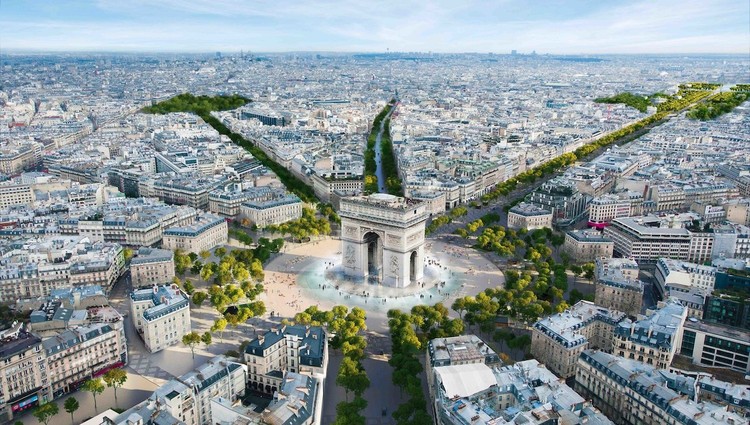 Plans for the latest iteration of Champs-Élysées were unveiled in 2019 by local community leaders and businesses, while a major redesign has been proposed since 2018. The redesign aims to address the avenue's "loss of splendor" over the last 30 years. Architect Philippe Chiambaretta of PCA-Stream created the latest plans for the development proposal. Chiambaretta said the Champs-Élysées has become a place reflecting the problems faced by cities around the world, namely pollution, the rise in transportation by car, tourism and consumerism.

The Champs-Élysées’ name is French for the mythical Greek paradise, the Elysian Fields. As The Guardian notes, it was originally a mixture of swamp and small gardens. It was renamed the Champs-Élysées in 1709 and extended. However, today it is famous for "its expensive cafes, luxury shops, high-end car salesrooms, commercial rents among the highest in the world and the annual Bastille Day military parade." The new plans include redesigning the famous Place de la Concorde at the south-east end of the avenue.

The transformation of the Champs-Élysées aims to be complete by 2030. 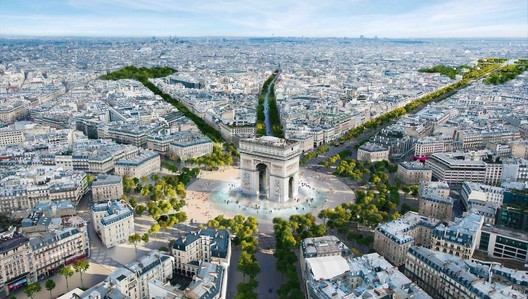