Mohammed bin Salman, Crown Prince of Saudi Arabia, has unveiled plans for a 100-mile long linear city called The Line. Announcing the project in a new video, the city would include a series of walkable communities for a million people with no cars or streets. The project locates essential facilities within a five-minute walk of housing, connected "modules" linking the Red Sea coast with north-west Saudi Arabia as part of the NEOM city-state.

The linear mega-city proposal would be entirely powered by renewable energy. Noting the project's goals, bin Salman said that the entire development will be net-zero and pollution-free. The proposal would supposedly preserve “95 percent” of NEOM’s natural wilderness with transportation needs met by an underground train system. NEOM was first announced in 2017 as a futuristic, $500-billion "free zone" centering on clean-energy and new modes of mobility.

Construction of The Line will start in the first quarter of 2021, and the city is expected to house one million residents by 2030. 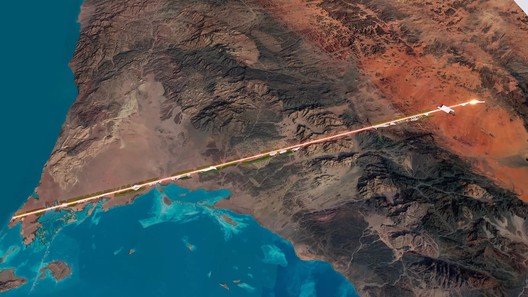