I know what you are wondering and the answer is medium and circumcised. These are just a couple of characteristics that play a part in determining the outcome of Cyberpunk 2077, the most anticipated video game release of 2020 (and possibly ever) by CD Projekt RED. As a player, you experience the main storyline through a genderfluid avatar named V. The game’s namesake stems from a science fiction genre that at its core presents a dystopian hyper-capitalist society intended as a reflective critique of contemporary life—think Philip K. Dick’s work or Ernest Cline’s Ready Player One novel. There are plenty of well-documented issues pertaining to the game, from its perpetuation of techno-orientalism in science fiction to a buggy release resulting in too much attention on the phallic options described above. The game’s criticism of contemporary culture mostly falls flat but inadvertently it has some scathing things to say about architecture.

The game takes place in Night City, a Northern California city-state that has ceded its government to the five largest corporations. V’s apartment consists of a single open area with multiple small rooms plugged into its perimeter, reminiscent of the interiors of Japanese Metabolist architecture despite its location in the Little China neighborhood. The shower, toilet, and bathroom sink plugin rooms are ganged together and result in a generous wet space on one side. To the other is a conversation pit with seating for guests. A television hangs in the corner playing surreal advertisements; I can tune in to the latest episode of Watson Whore while I download a discount code to upgrade my aforementioned genitals, among other Idiocracy-esque messages. Behind another glass door is a large storage room holding accouterments needed to traverse the town: Weapons, lots of them.

This apartment feels way too large for a few reasons. I took some measurements and clocked the unit at 1,350 square feet on a low estimate. The average rent of $2.15 per-square-foot in California in 2018 puts this studio at $2,902.50 per month or $11,587.67 per month after inflation to the year 2077. No wonder so many people are living on the streets; perhaps being house poor will go out of style. Not only is the size unrealistic for V’s outset as a lowly street mercenary, I couldn’t help but think how pleasing it would be to experience the cramped living spaces seen by Deckard in Blade Runner. The iconic scenes in the original 1982 film used Frank Lloyd Wright’s Ennis House for the apartment complex’s exterior and set the stage for a cluttered and dimly lit world whose excess accumulation of junk spilled into domestic life. If V’s apartment was cramped, the architecture could express the pressures Night City thrusts upon you. This would amplify the incredible threshold of the apartment’s only window, a virtual example of prospect and refuge theory. Opening up this lone aperture reveals a spectacular view of Night City—a wondrous mountain of Metabolist rip-off mashup buildings and British high-tech lookalikes. The structures are adorned with equipment reminiscent of a Thomas Struth photograph in their undefined function coupled with a heightened aestheticization of functionality.

Like architecture, video games struggle to make provocative criticisms of contemporary life. Both disciplines are tethered to an inescapable responsibility—video games to entertainment and architecture to service. It costs sixty dollars to play a game that shows a life experienced by poor folx in San Francisco every day without being set 57 years into the future. For instance, right outside V’s apartment door sits a bloated and broken trash chute distastefully mirroring the one described in The Pruitt-Igoe Myth. My inner architect desires a stern conversation with Night City’s Environmental Health Department. This is already a hellish reality for many in 2020, but nonfiction doesn’t sell.

Stepping out of the apartment complex into Night City reveals a Piranesian fever dream. The sky is filled with shipping barges while pamphlets for discount synth burritos stick to the pavement under my feet. The metropolis pulses with deals, desperation, and death. I step forward and see the first distinct work of architecture in the game space. Bright orange panels articulated with a Voronoi triangulation form the cascading exterior of a short building in what is otherwise a hulking and tall urban environment. What this reveals isn’t simply what architecture in 2077 might look like to a team of concept artists: It shows a dystopia where architecture isn’t widely seen in the public consciousness as a tool of liberation, but of oppression to be wielded by the wealthy elite. Turns out the building in question belongs to the Night City Police Department. The defenders of corporate interests are allowed some cheap parametricism, as a treat. This is consistent with “corpo” mouthpiece Patrik Schumacher, who once told me that architecture only exists in the outer 1/8″ of a building skin. The game gets major points for that one.

As I stroll through the rest of Corpo Plaza and the city center I am unsurprisingly disrupted by catcalling joytoys (sex workers), armed robberies, and street vendors. Small market stalls fill any available neglected urban space, producing an enjoyable level of navigational disarray. There are four varieties of stylistic identity used in the construction of the game: Entropism, Kitsch, Neo-Militarism, and Neo-Kitsch. Those translated to various clothing lines and in-game vehicle brands, but it’s unclear what those terms might mean for the built environment. From what I can tell the districts in the city are only distinguished through variations in hostile benches that accompany minor shifts in scale and ornamentation. Among the various design disciplines in Cyberpunk, advertising, automotive, and transhumanist fashion are paid a lot more attention than architecture.

This resulted in a disappointing confrontation at the Konpeki Plaza Hotel. Introduced as a premier waterfront hotel in Night City owned by the monolithic Arasaka Corporation, the hotel is an antagonist in and of itself during a significant mission in the early storyline. Yet, it looks like a 3D model purchased on Fiverr. The hotel sports a poorly supported trellis structure out front which ends up making an appearance inside of the rooms themselves as a floating ceiling crowned by a single uncomfortable can light. The lobby is organized around a strong linear demarcation on the floor which moves toward the rear of the space and goes up the wall and out a window. Yet to my dismay, the continuity of this most important line in the building is ignored as it turns up the wall—the panels are incompetently misaligned.

I could go on, but the point is that the credibility of the environment—and the possibility for it to hold a critique—melts away as I notice additional mistakes in the 3D model everywhere. Benches unrealistically collide with a retaining wall, handrails lack a support mechanism, and stairs hang down untrimmed as they turn a corner. These gaffes focus my attention on the execution of the 3D model itself, like how poor CGI effects can ruin an otherwise enthralling film. Some of these mistakes are indistinguishable from what one might expect from a city-state powered by corporations with a profits-over-people mentality.

In one instance, the public right-of-way usually demarcated by a yellow strip about eight feet from the street is crudely interrupted by the base of a massive banking tower. Mirroring Night City’s underfunded and uncared for municipal space, the crunched staff at CD Projekt RED are a perfect match to be the builders of this world. The conditions of their labor reflect that of Night City; six-day workweeks were required for most of the staff during the months leading up to the release of the game. This resulted in mistake-laden architecture unconvincingly disguised as a city with a negligent life safety code.

Cyberpunk 2077 is a great example of late capitalism’s ability to turn commentary into a commodifiable aesthetic experience. Its spaces invite criticism for their incompleteness, but they also offer a sinister relationship between architecture and the plight of contemporary society. The discipline as we know it today is warped by the figure of the starchitect, and by the increasingly great lengths that companies go to secure business, even with shady clients. It was Philip Johnson who said “The people with money to build today are corporations. They are our Popes and Medicis.” In the past year we’ve seen Bjarke Ingels photographed with Jair Bolsonaro, major British firms like Foster + Partners pull out of the climate agreement "Architects Declare", and Coop Himmelblau designing an opera house in Russia-occupied Crimea. Such a business-forward attitude leaves architecture as a transactional exchange with certain ingrained political and institutional alliances and exceedingly slim potential for its use as a critical tool.

This condition suffocates any imagination of an alternative world even when playing in one in a video game. In addition to the municipal plans examiner, it might be useful to interrogate Night City’s architects who produced its buildings, assuming architects were even involved. The game is an outdated critique on culture as a whole, but its disinterest and underinvestment in its architectural presentation is something architects should consider a serious challenge. It isn’t just that architecture is impotent in the Cyberpunk 2077 universe, that’s by design. It’s that architecture is missing out in the creation of alternative worlds. 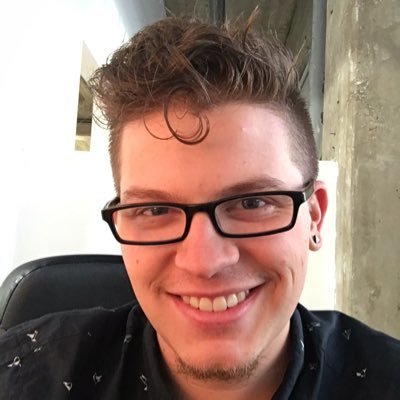