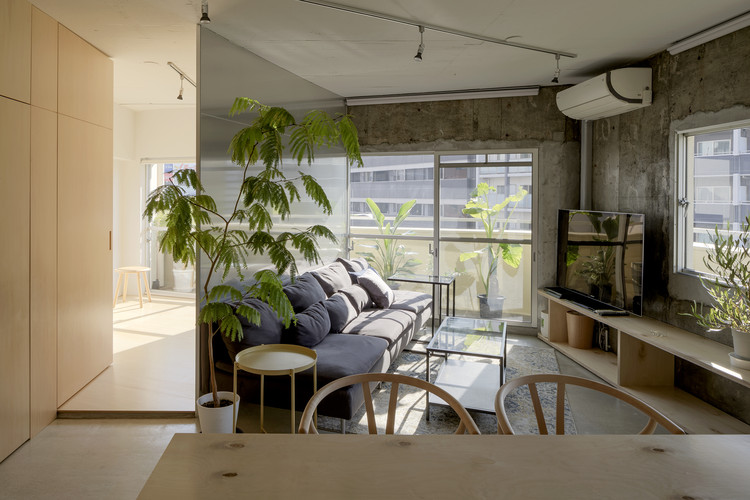 Text description provided by the architects. This is a project to renovate a room in an old apartment building facing the former Tokaido Kanagawa-juku. It was an impressive space with an open surrounding environment that could not be thought of as a central city area and a very bright interior space with natural sun light.

When demolition work started, 47 years old rough concrete skeleton and a large girder that crosses the house appeared. The height under the girder is only 1.9m, which is the rule of this space that has been going on for 47 years, so we wanted to make use of that rule to create a new space that coexists with the old skeleton.

First, we placed two private spaces at both ends of a complicated plan shape, and made a common space between them. The walls separating rooms were placed at 90 degrees to the outer walls. This created a feeling of openness to the outside and created a new rhythm of spaces inside.

In addition, in order to make full use of the open environment of the corner room, we planned the storages and water areas on the side of the boundary walls to create a space that feels outside the window wherever you are. By planning floor heights on three levels, we created a feeling of natural connection from the highest private space to the common space and the lowest to the outside.

By taking advantage of both the ever-changing surrounding environment and the unchanging old skeleton, we have created an ambiguous space that connects the inside and the outside. 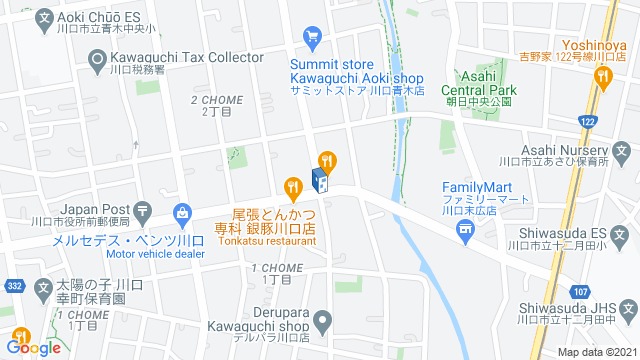 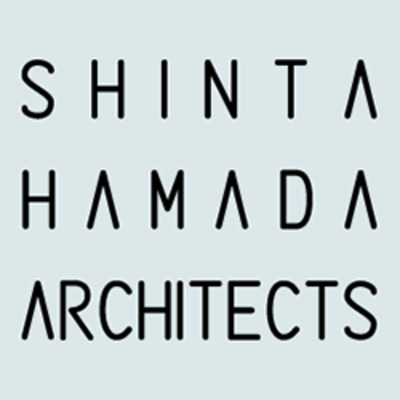 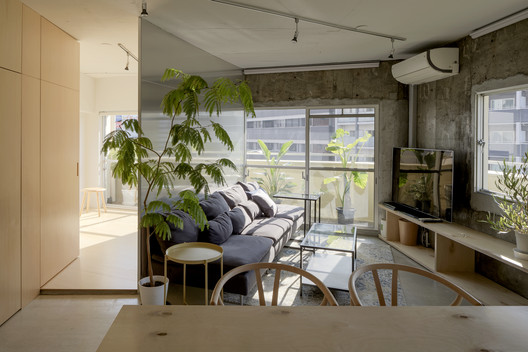