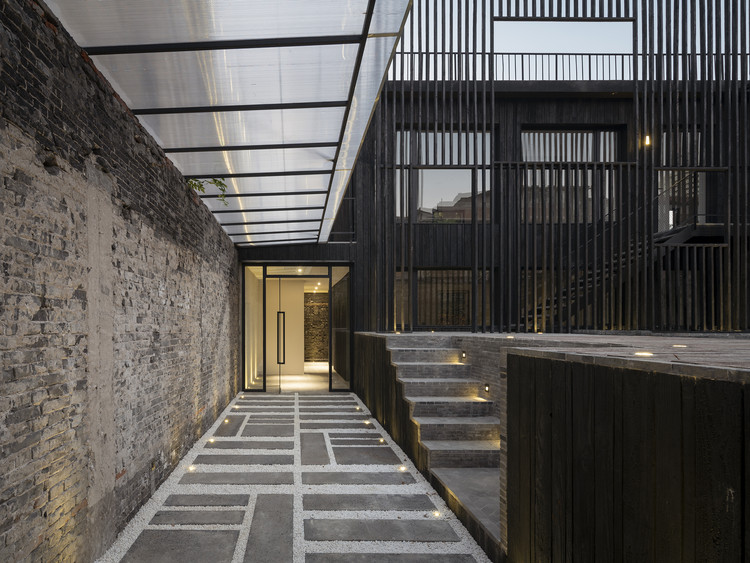 Text description provided by the architects. This site was a community pool which had recently become defunct. It was the only outdoor pool in the Jing’an District of Shanghai that was open to the public, and was continually in use for over 30 years.

Familiar residents of Shanghai know the charm that lane house communities possess, with their historical architectural elements and bustling residential life spilling out into meandering alleys. It is such a naturally dense sensory experience that we were truly taken aback when we opened the gate off of one particularly narrow alley, and were greeted with an expansive body of water quietly reflecting the sky above it. A pair of squat buildings sat at its long edge and a large perimeter wall appeared to be holding it all together. Glassy, dark water that used to be clear and full of activity now changed the mood of the space into something much more contemplative.

The client and the design team debated the importance of maintaining the water, considering the extremely unusual nature of its location in the city. Originally intending to transform it into an organic pond, we ultimately concluded the impracticality of this and arrived at a solution that was less literal. Holding onto the idea of open expanse, which is quite hard to find in lane communities and something that we really wanted to protect, we drained the pool and preserved the concrete casted structure along with its original tilework, lifeguard towers, and pool ladders. A freestanding deck holding two pocket gardens and a reflecting pool were inserted at the height of where the water once was. The space now provides respite for local residents.

Shou Sugi Ban, our choice of primary cladding material and accompanying louvers, is a technique not particularly widespread in China. This left us to stage a series of experimentations with local wood workers and contractors. Trial and error ultimately produced a product that came together well. All the wood utilized in the project is reclaimed, down to the garden decking, which was acquired from a torn down school on the outskirts of Shanghai.

Access to the second floor and rooftop patio is by way of an external staircase, fitted between the building façade, and an array of vertical wooden louvers. Rising above the reflecting pool, the stair engages the interior of the building through the windows as you pass them by, as well as the garden through a series of punctuated holes in the screen. The stair, by this nature, is a marriage of function and social construct that ties both the garden and building together in a unified dialogue. 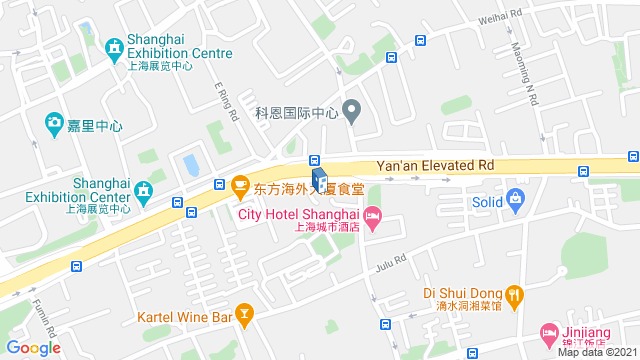 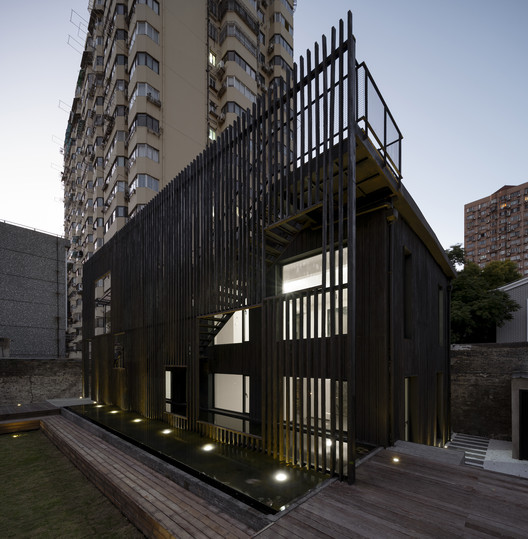 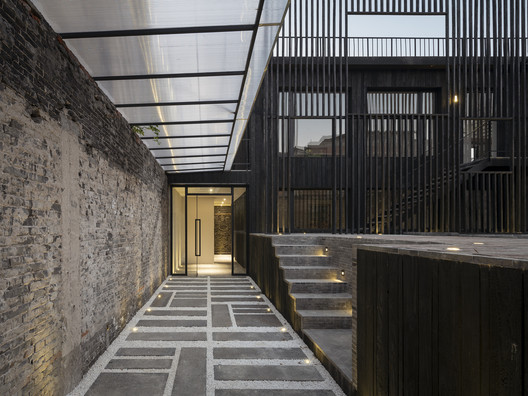