Save
2020: The End of the 20th Century in Architecture
Share
Or
Copy

Today, a century of nearly unquestioned aesthetic correctness in architecture may be changing. The world of celebrated design has always been desperate for relevance as it has little tangible value beyond the fundamental joy that it offers everyone. The oxymoron of design being an essential luxury found reason in the 20th Century when it was seen as the cutting edge of a cultural move to a bright, clean, Modern future.

The Architecture Trends Accelerated or Reconsidered in 2020

But we have been alone in our rooms in 2020. What once was seen as cultural in value may becoming personal in meaning. The outcome of a common “cool” found in the architectural canon of the 20th century may be less meaningful now. The basis of how and why we live our lives has been called into question by COVID-19. The world has just endured a year of essential uncertainty, of fear that has called the question to each of us: What has meaning to me? How we see the future is now tempered beyond the hype, perhaps for the first time since the world’s last existential crisis, World War 2.

No, 2021 will be different. Everyone, worldwide, for at least a year, will have had our own mortality as a co-pilot. Fully formed aesthetic outcomes were hyped as a cultural good for a century, but their motivations either became assumed or were unconsidered. We spent a year considering our own motivations.

Rather than simply follow the leaders, more of us are confronted with how we want to lead our lives. This affects architecture. The culture of the Dominant Creatives, The Expert Class, has gone missing in the COVID-19 retooling of our lives. There is now an absence of an urban-centric social paradigm of “Being Seen” and Cocktail Party Consensus. Rather than the 20th Century juggernaut of a design elite judging from the top-down, more designers, architects, and most importantly, clients, are basing their aesthetic on their values, rather than what is “Correct”.

How do I know this? Like nearly all the predicted outcomes of 2020, the realities I have are either anecdotal or based on these last 10 months or both:

College applications are down, significantly. Our venues that fertilize culture with performance and innovation are in full-blown shutdown.

Some book sales are actually way up –Christopher Alexander’s unpromoted (and costly) writings are now selling more rapidly than in years. Architecture offices engaged in the personal design of homes and some residential building markets are booming, while in-city commercial work is cratering.

This year, there is a cultural interest in the nebulous (but fully tangible, essential, and human) value of “beauty”. Where once there was an unquestioned focus on the starchitect, or the object, or the justification of polemic projections, diversity as a value may be entering the world of aesthetics. A NOVA piece on PBS is in the offing for the spring.

Our pathetic imperative to be “in the know” when the entire world is shifting simply ignores the motives of that shift in favor of predicting its outcomes. If our choices were solely based on outcomes, our culture would be centered on betting and fantasy football. No, we live our lives in motivation. That is why this pivot has unknown outcomes. That is why architecture will change.

In 1920 Warren G. Harding won the U.S. Presidency in the middle of the last pandemic (and in the crockpot of Prohibition and Suffrage) with the slogan “A Return To Normalcy” that never materialized. Instead, “The Roaring ’20s" partied us into The Great Depression, then to World War 2. 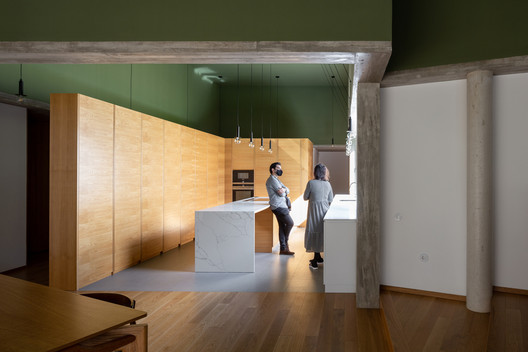