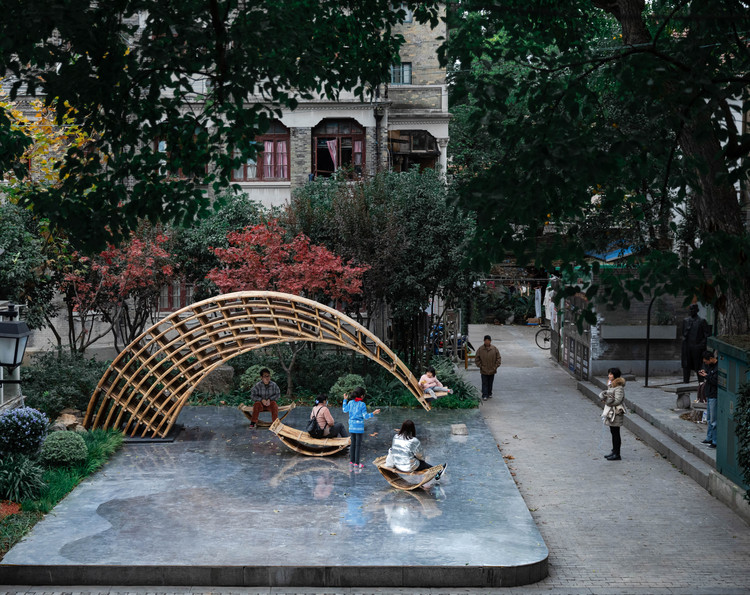 Text description provided by the architects. Here & Now
Two years ago, Atelier LAI constructed a bridge in an old village in Huizhou, named "Suspended Flying Bridge" for it spanning the two ends of the bank and hanging above the river. The material is taken from the local bamboo. The design utilized modern structural knowledge and picturesque conceptions to bring out the resilience of bamboo, showing a tectonic scenario of the countryside. Here and now, the material and the technique are interwoven into an organic and self-contained object.

Material & Technique
Two years later, interestingly, we placed "Here and Now" in the midst of a metropolis like Shanghai and represented another narrative of material and technique, named “Bambow”. Located in the Hongkou district of Shanghai, a former concession area, the “Bambow” is surrounded by an architectural landscape of stone and decorative Western classical architecture. Bamboo, a plant originally found everywhere in rural China and involved in people's daily production, became the one who "left home when he was young"—A "guest". When the densely woven bamboo appears on a street corner in the city, people stop to look at it with curiosity. It is no longer a rustic and productive cash crop in vernacular China, but a work of art on display in the street, or a memory of a frolic in people's minds.

At this point, the sense of place generated by the “Bambow” goes beyond the tectonic scenario of the "Suspended Flying Bridge" which intervenes with aesthetics and its organic nature. Tectonicity plays an auxiliary role, connecting biological function and aesthetics. The vernacular material is represented as an alternative way of modernity here.

Body & Momentum
In contrast to the " Suspended Flying Bridge", the function of the "Bambow" is no longer the crossing of the feet, but the leaning of the body. It is like a suspended bamboo chair that rises from the ground and talks to the century-old tree in the site. Because of this leaning posture, the physicality of the “Bambow” derives more possibilities. Tan Yuanbo, a physical artist, explores more metaphors through the dancing performance. When the body sways slightly in the air at the end of the “Bambow”, his/her mind dances while listening to thechorus of hovering light and the shadow of the tree.

Virtue & Art
Line is the language of Chinese art. Whether it is the flying ink on the paper, the wooden structure above or below the building, the poetry recited by the characters or the bamboo woven by the craftsman's hands, the momentum and energy of the creator in the linear flow can always be comprehensive. “Bambow” sways in a corner of the city with an open momentum, conveying the force of the material and the Genius Loci.

The line art of "Bambow" is a soft gesture intervention. As a result of domestication of gravity, it stands up from the ground, but bends and hangs, softening the coldness of the surrounding field. In addition to the softness, the form also contains a strong tenacity: if it hangs long, it is soft; if it stands short, it is rigid. It is a combination of rigid and soft, swaying with the momentum. After the momentum has passed, it can always return to its original position, without moving from its original intention. It is elegant and modest, a "gentleman". 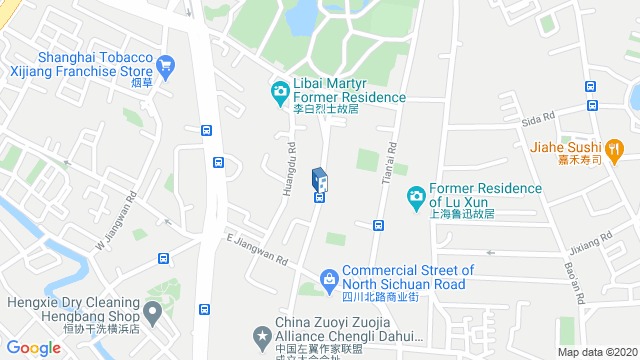 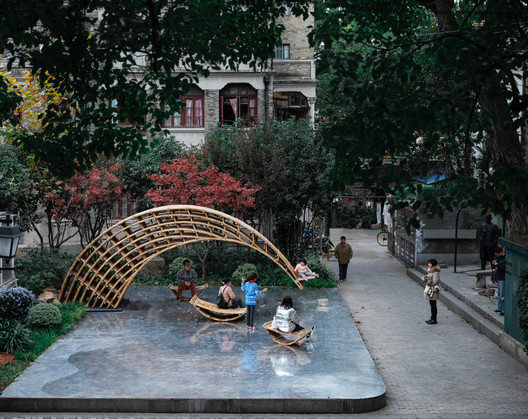