Save
Dormitories Built by Louis Kahn, Part of the Indian Institute of Management in Ahmedabad, Set to be Demolished
Share
Or
Copy

The board of the Indian Institute of Management in Ahmedabad (IIMA) has announced that the dormitories, built by Louis Kahn and part of the overall campus design, will be demolished and replaced. In fact, the administration plans to “bring down at least 14 of 18 dorms which were built between 1968 and 1978" for showing "problems of leakages from the roof, dampness in walls, leakages in toilet walls, slabs, etc.”, according to the Indian Express. 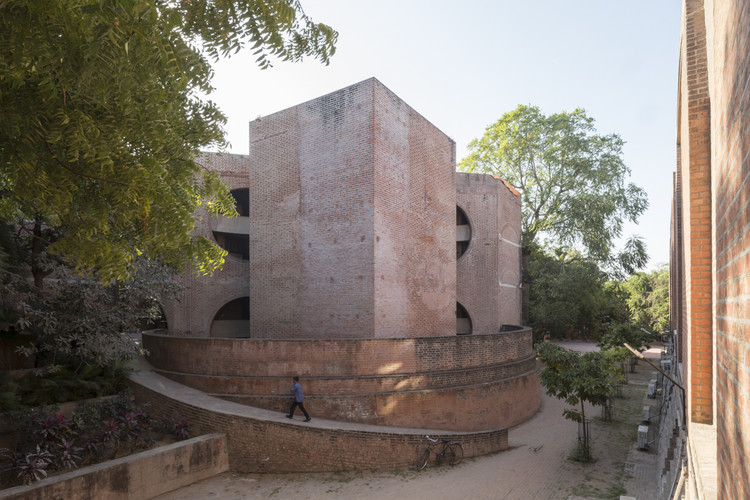 One of Kahn’s key projects in India, the Indian Institute of Management in Ahmedabad (IIMA) has presented its plans to replace the dormitories with new dorms, increasing housing capacity on campus from 500 to 800. IIM-A Director Prof Errol D’Souza discussed the signature exposed brick structure and declared in a letter to alumni that “as concrete encasing was not used to protect the embedded reinforcement bars in the brickwork, the bars have rusted and the brickwork cracked”.

Dating back to the early 1960s, Kahn’s scheme created Vikram Sarabhai Library, Lecture Halls, Administration, and the 18 dormitories. Imagining both the built areas and the voids, the timeless design built mainly in brick, reflects the architect’s philosophy with its play of light, orthogonal forms, and historical inspirations. As Indian laws only provide protection to buildings and sites more than 100 years old, Kahn’s project finds itself in a difficult situation.

Damaged by the 2001 earthquake, as well as showing leakage problems, the buildings were part of an on-going restoration by Mumbai firm SNK, Somaya, and Kalappa Consultants. In fact, by 2017, SNK had completed the renovation of the Library, Lecture, and Administrative block. Preserving the architecture while enhancing the functions it holds, the praised restoration was cut short, and the administration announced their will to completely remove most of the dormitories, restoring only Dorms 15 to 18. “Alumni expressed concern about the campus losing its cultural and Kahn’s architectural heritage, while some have stated that this will make the campus lose its central theme of meeting and socializing”.

On another hand, the institute director added that “why we should presume that the past is not changeable and why we should assume that future generations will value things in exactly the same way that past generations have. We wondered if it is appropriate for us to colonize future perceptions of living spaces. As we try to preserve the past to prevent loss how much are we creating our own imagination of the past?”

News via the Indian Express. 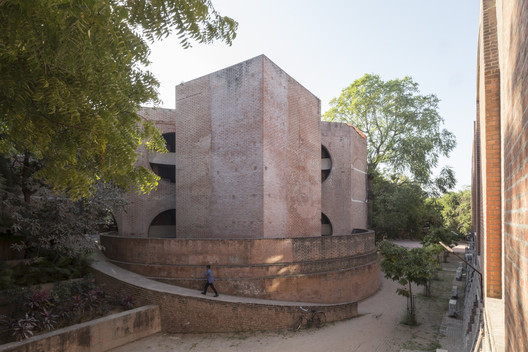