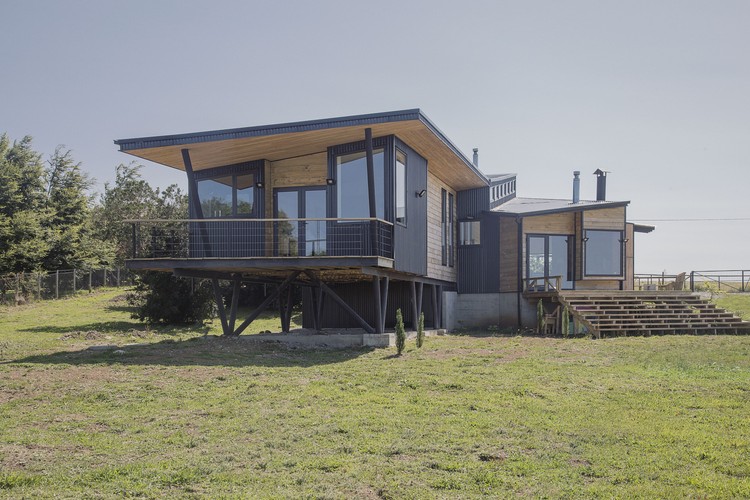 Text description provided by the architects. The project is located on the road to the city of Puerto Varas, on lake Llanquihue’s watershed, near the active volcanos Calbuco and Osorno. The extremely rainy weather conditions were taken into consideration when designing the structure to include wind waterproofing and sunlight protection as a base of the design.

The house stems from the intersection of axes drawn from the site towards the volcanoes’ summit, making spaces face northeast and building the project around this point. This is a decision which allows the views to match the tracing of the sun, capturing sunlight and heat completely during the day.

As to topography, the site constantly declines from West to East, where you will find an integrated Kitchen-Living Room area, the center of the household project, which will have heights of over 6 meters in various points and where the two wings of the house start and where the bedrooms for parents, children and visitors, are found. The natural incline will allow the rainfall to settle in an excavated place in front of the house, creating a natural pond.

The overall volumetrics are the result of two great axes directed towards the volcanoes, the different levels proposal and the willingness of building one big deck extending from the west wing to the east wing, letting the rainfall to flow on an incline which travels south.

Including a greenhouse that serves as a mud room and entry hall is an important aspect of the construction; it not only allows for growing vegetables for family consumption, it also gathers heat, leveling the temperature in a passive way. The latter, together with cell insulation and constant sunlight, make central heating to support the temperature comfort and not the only option for temperature control. 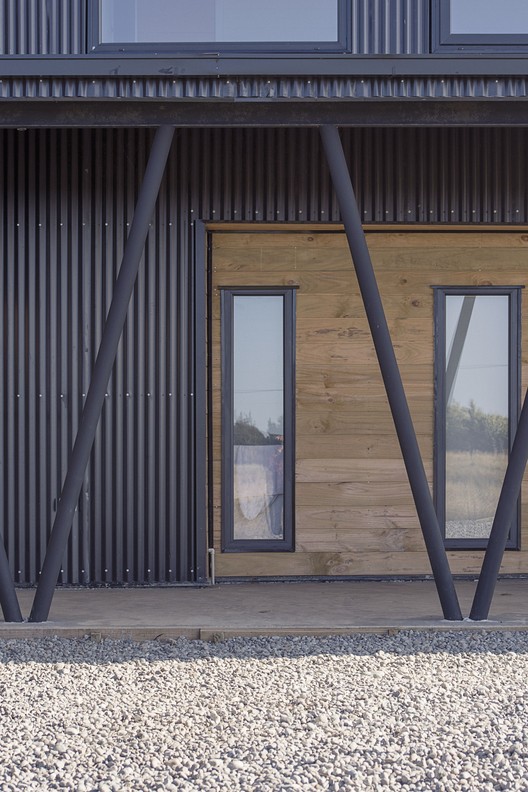 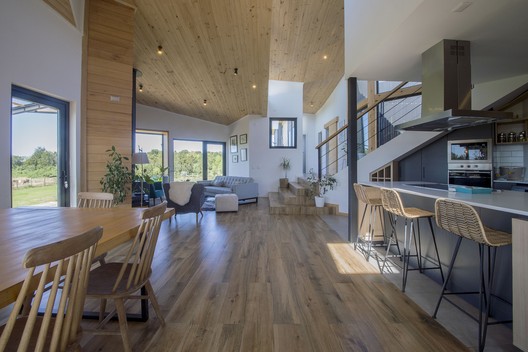 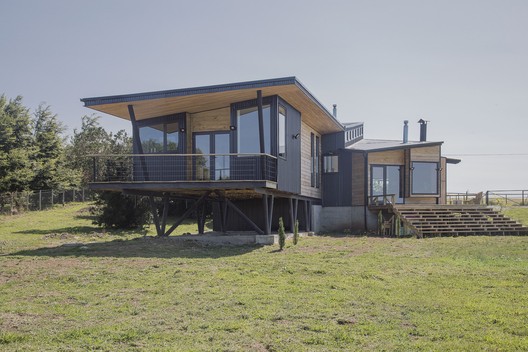