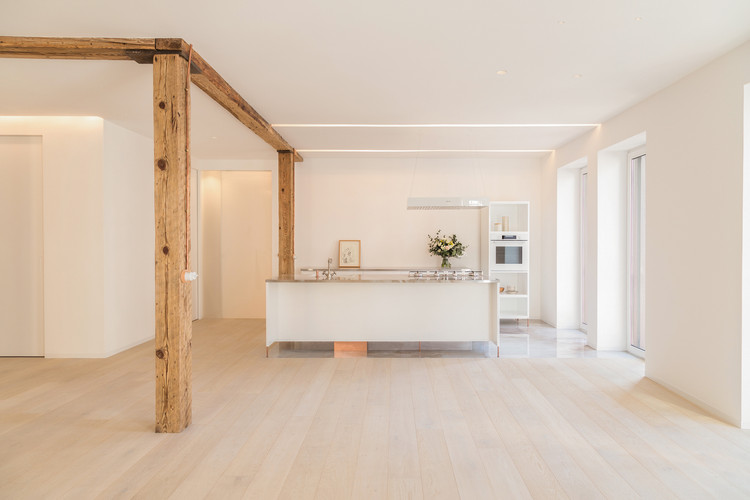 The SAN House is located in a classic building in the center of Donostia, in one of the characteristic corners of the 19th century expansion area designed by the Basque architect Antonio Cortázar. It is, like the rest of the buildings in the center, a building executed with a wooden structure and sandstone facades from the Igeldo stone quarries, a characteristic sign of the houses in the San Sebastian’s Ensanchearea.

Six balconies and a large viewpoint overlooking the main streets and three other windows to the inner courtyard of the building, provide light to the entire floor. Being its original use as one of housing, it became a clinic and after almost four decades it returns to its initial function, but this time in a more spacious, luminous and comfortable way.

Goals/strategy. The objective at the time of initiating the process was clear, besides creating a cozy home with personality, the SAN House had to be a spacious, bright home with a high level of comfort, energy efficient and accessible. The strategy adopted is based on undressing the structure and original elements of the house, showing its essence and highlighting them on a blank space that welcomes them. A duality between the imposing presence of the existing and the minimalism of the new, due to the use of flush doors and baseboards, hidden fittings and lack of handles.

Pillars and beams of wood and the stone uncovered in the viewpoint, dialogue with works of art and furniture such as the kitchen, designed by AAA (amaia arana arkitektura) exclusively for its owners. Noble materials, such as oak wood or marble, and a careful lighting have created a warm and welcoming atmosphere.

Program/distribution. The 120m2 floor is accessed from an entrance area that continues with the large central daytime space consisting of kitchen, dining and living area, which, thanks to the number of openings to the facade, receives light throughout the day. On each side, there are two large bedrooms. The wet rooms, such as the bathrooms and the laundry space, are located near the interior patio, leaving the spaces at the front for the more noble rooms.

Comfort, Energy efficiency and accessibility.  The house is committed to strategies of energy efficiency and comfort, with a complete rehabilitation of its envelope and innovative systems such as, for example, the radiant ceiling Zehnder Nestsystems, with a higher performance and lower thermal inertia, which means a faster response than other systems. In addition, the apartment is fully accessible, both in each room and at the entrance, where the change in height of the floor to reach the rest of the house is resolved by a gentle slope ramp. 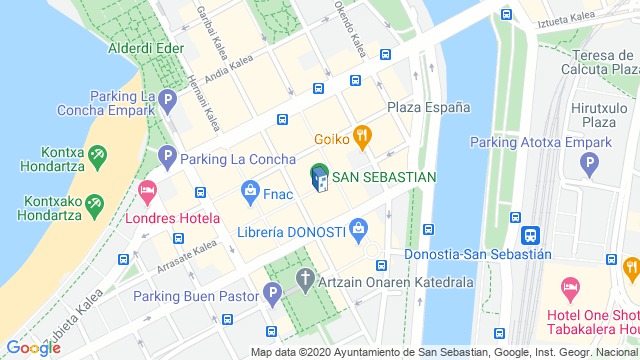 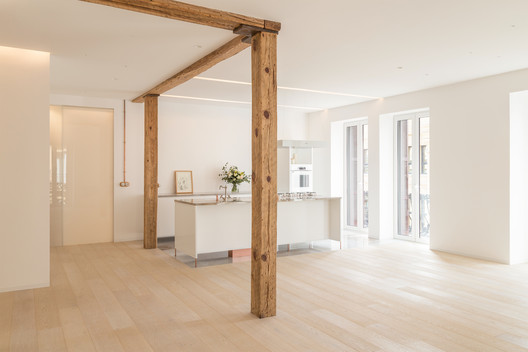 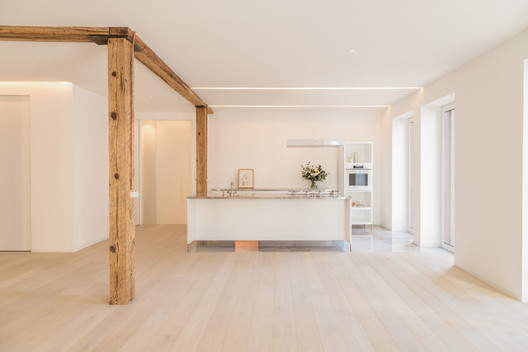