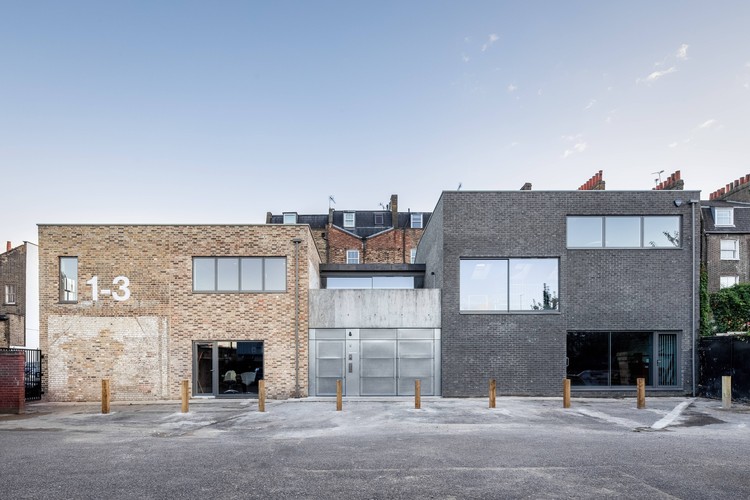 Text description provided by the architects. Thanks to the vision of Cassion Castle Architects and Pearson Lloyd, what was a dilapidated Victorian block in East London is now a dynamic modern studio, giving Pearson Lloyd a new permanent home in the heart of Hackney for their industry-leading design office. Spanning five former stables-turned-workshops on Yorkton Street, the new office is set in an area with a long association with making and manufacture. The restoration of Yorkton Workshops is an act of preservation, reinvigorating the area’s design heritage, and linking Pearson Lloyd to a lineage of making that dates back over a century. Spread over two storeys and two wings – a historic workshop building and a more recent warehouse structure – Yorkton Workshops encompasses a variety of spaces, including versatile studios, workshops for making and prototyping, meeting rooms, and a dedicated area for exhibitions and events.

When Pearson Lloyd acquired the building in 2017, it was a mess; a haphazard collision of old and new, with a mishmash of overlaid alterations and adaptations that had been made over the decades. Part of the Victorian building had been replaced with a modern utilitarian structure sometime in the 1990s, likely in response to a fire, leaving 6,000 sq ft of usable – but uninspiring – space. As a former workshop block that had housed an assortment of makers and craftspeople for centuries, it had a heritage that Luke Pearson and Tom Lloyd identified with and wished to continue, but it was ill-suited to the needs of a multi-faceted 21st-century design studio operating internationally.

The easiest approach would have been to knock it down and start from scratch, but Cassion Castle Architects and Pearson Lloyd agreed that restoring and retrofitting the building – although much more challenging and architecturally complex – would be a far more sustainable, low-carbon approach, as it would preserve the embodied carbon in the existing structure. On average, between a third and a half of a structure’s carbon emissions are concentrated in the construction phase, so the reuse of a building has significantly less impact than a new-build.

This determination to minimise environmental impact influenced the design approach from the outset; Pearson Lloyd and Cassion Castle Architects worked hard to minimise the demolition needed, the potential landfill generated and the new materials introduced. They ensured existing materials were retained or reused wherever possible, repurposing bricks, steelwork, and timber joists from the demolition phase, supplemented by materials sourced from reclamation yards wherever necessary. The floorboards, for example, were reclaimed from a Victorian factory site in Mile End. The retrofit approach was not only environmentally the right choice, but it also created the opportunity for a much richer interior.

The interplay of existing fabric and new material leads to hundreds of bespoke details for the design team to tackle and celebrate. Original brickwork seamlessly intersects with contemporary concrete and smooth sheets of birch plywood – a balanced and harmonious meeting of old and new at macro and micro scales.

What were the construction techniques and the principal materials used in the project? “Our approach was to try to strip it all back to a few essential characteristics and to include as many existing features as possible. Aside from preserving the embodied energy, this means the interiors of this scheme will be much richer because the project is a refurbishment rather than a new build. The history of the building will be ever-present.” – Cassion Castle, founder, Cassion Castle Architects “From a material perspective, we were keen to approach the building in an analogous way to our furniture and product design.

We wanted the materials to have a quality and directness that was intrinsically integrated into their function. Key choices include the wood-fiber acoustic ceiling, the steel stair, the workshop floor (made from the same material as stage floors and haulage trucks) and the reclaimed and refinished pitch pine floor.” – Luke Pearson, co-founder, Pearson Lloyd Over the last 20+ years, the studio has dedicated itself to ‘Making Design Work’ – identifying and building functional, beautiful and efficient products, environments and systems that respond to the challenges of the day and enhance our experience of the world. Yorkton Workshops reaffirms this commitment.

Although the space is tailor-made to meet the needs of a modern-day design studio, Luke and Tom have ensured it is not locked into that role. For them, the restoration of Yorkton Workshops represents not only an investment in Pearson Lloyd’s future as a design practice but in the creative fabric of London as a whole. Yorkton Workshops is effectively future-proof: it can accommodate single or multiple tenants, internal spaces can be modified to open- plan or enclosed as needs change, and it is readily adaptable to manifold workplace typologies – as the ease with which Pearson Lloyd has made it Covid-secure demonstrates. 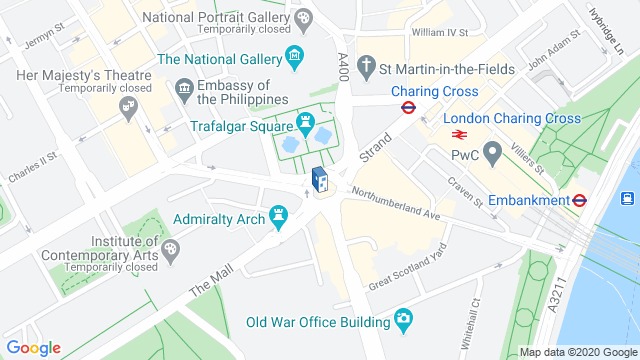 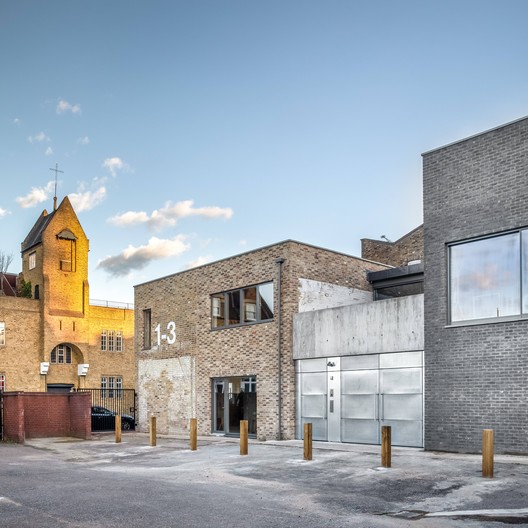