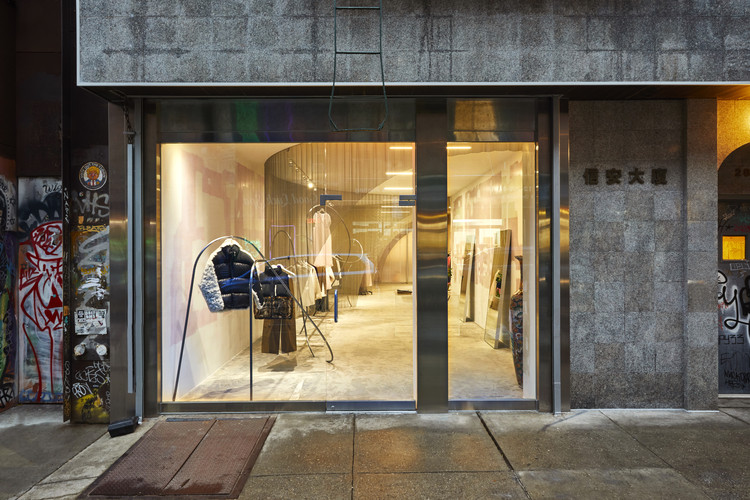 Text description provided by the architects. Brooklyn-based architectural firm ​Almost Studio​ has designed the 1,500-square-foot flagship boutique for the popular emerging fashion designer ​Sandy Liang​. The design draws loosely from the playful, process-based aesthetic of Liang’s eponymous line, as well as from the industrial interiors of the surrounding Chinatown/Lower East Side neighborhood, where Liang grew up and her family has worked since the 1970s. Previously, space was occupied by a laundromat.

The project is a story of firsts for both the architects and the client—it is Almost Studio’s inaugural retail store design and Sandy Liang’s first physical boutique. The project is also driven by deep personal ties between collaborators. Almost Studio’s co-founder Dorian Booth and Liang are a couple, and Liang’s father’s company, Sun Sun Contracting Inc., served as the general contractor. Liang’s family is also deeply connected to the surrounding neighborhood. The new boutique is within several blocks of Liang’s design studio, her grandmother’s home, and her father’s restaurant—the iconic Congee Village.

Almost Studio, comprised of Booth and co-founder Anthony Gagliardi, began designing the boutique in August 2019. Located on the ground floor of a five-story brick building built in 1900, the space previously housed a laundromat whose walls were lined with washers, dryers, folding tables, and kinetic clothing racks. To begin, the firm extracted all appliances, existing ceiling tiles, and a low tile platform encircling the space. The original grey concrete floor was patched and sealed, the ceiling was completely replaced to ​accommodate ductwork for a new HVAC system (the space was previously unventilated and without air-conditioning​)​, and the glass storefront was framed in stainless steel. An open, albeit narrow rectangular space resulted.

Almost Studio’s principal challenge was to “generate a spatial logic that allowed the store to feel cohesive, while also inserting an enfilade of individualized areas within the irregular and narrow space,” says Gagliardi. The firm also aimed to express the dynamic playfulness of Liang’s clothing line in architectural form, as well as nod to the aesthetic and spatial qualities of the original laundromat.

The organizational strategy conceived by Almost Studio hinges on a series of spatial and material layers that distinguish different areas and uses—a program Booth describes as “a stage set with overlapping backdrops.” Arranged linearly from the front of the store to the back, these areas include clothing display and shopping; point of sale; dressing rooms and bathroom; and kitchen and office.

Upon entering the boutique, one first encounters the shopping area, which is 60-feet-long and telescopes from 20-feet wide to as narrow as 12-feet wide in some areas. Distinctive custom clothing rods made from raw, cold-rolled steel line both walls, extending back from the storefront window to the point of sale and dressing rooms. The display system is both playful and industrial, combining a straight rod and a second irregular rod that loops, rises, and dives around it. The rod’s playfully meandering route alludes to the original laundromat’s clothing conveyors; the jungle gyms found on local Chinatown playgrounds, and the balance of utility and whimsy expressed in Liang’s clothing. Functionally, the curved rod also provides opportunities to display special pieces and create secondary spaces.

As the rods extend towards the rear, they intersect with a trio of metal mesh curtains, shaped like halved archways, which suspend from the ceiling. These segment the shopping area into three rooms—display system, point of sale, and dressing rooms—while still maintaining transparency between them. A cylindrical void cuts the mesh curtains on an angle leading to the point of sale and dressing rooms, amplifying the perceived depth of the space through a forced perspective as they recede into the back of the boutique.

Throughout the shopping area, the walls are left in a transitional state. Pink primer, usually embedded behind a top coat of paint, is left exposed and covered with pencil marks from the construction process, spackling, and scrawled measurements. The pink hue reads as playful and the pencil markings allude to a transparent design process—one that also manifests in Liang’s clothing, where hardware such as grommets, buttons, and zippers that are traditionally tucked away become visible decorative elements.

The material palette of the dressing rooms and bathroom, which are gathered into a single rectangular volume at the shopping area’s rear, also strike a balance between unfinished and finished, raw and refined, industrial and luxurious, utility and whimsy. While clad in raw plywood, doors open to reveal jewel-box interiors. Walls are encrusted with green granite tiles and custom mirrors by Almost Studio. Across from the dressing rooms, the point of sale is clad in lustrous green marble. The green stone that punctuates these areas also nods to Liang’s upbringing—the materials are a staple of her childhood homes and her father’s restaurants.

Moving further into the space, a polycarbonate sliding door and a thickened, arched threshold divides the public shopping area from the private, back-of-house kitchen and office. Passing through the door reveals a 5-feet by 10-feet stainless steel “sleeve,” into which a kitchenette, whose custom steel cabinetry draws from Chinatown’s industrial kitchens, and a CYC wall for seamless photoshoots are tucked. Just beyond, a large custom, natural canvas curtain wraps the office walls, hiding stainless steel storage shelves and creating distinction between the office and kitchenette. The curtain’s soft, albeit heavy folds simultaneously soften and compress the boutique’s back-of-house spaces.

Overall, the project extends Almost Studio’s view that the built environment is always “in process, almost complete,” says Booth. “Nothing is ever finished; a project is always becoming.” The boutique also offered a platform for the firm to continue exploring spatial and aesthetic references from outside of the canon—in this case, Chinatown kitchens, construction sites, laundromats, playgrounds, and fashion—and a play between high and low materials. These are approaches that Almost Studio and Liang share. 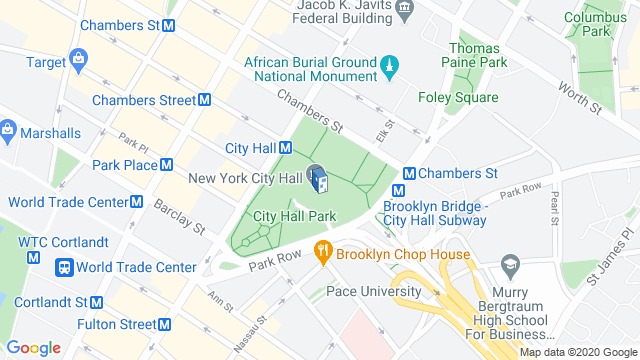