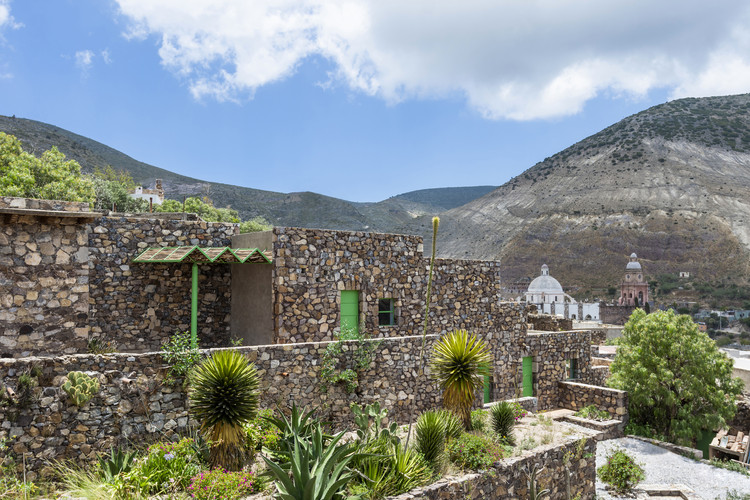 Text description provided by the architects. Casa Georgina, completed in the fall of 2020, is composed of two apartment units built into the steep slope of the Sierra de Catorce mountains in the northern Mexican state of San Luis Potosí. The project sits within a walled garden that contains an existing house and builds upon a series of stone ruins, engaging them through a play of addition and subtraction. Three stepped walls organize the design scheme: wall one contains exterior circulation; wall two frames the interior living spaces; and wall three divides the project from the neighboring property. These walls protect interior spaces from intense direct sunlight from the east and west and structure a collection of terraced volumes. Roof patios open to the south and provide expansive views of the surrounding landscape.

Located in Real de Catorce, a historic silver mining town established in the late 1700s, Casa Georgina complies with strict building regulations that aim to maintain the site’s unique aesthetic character and architectural identity. In addition to height and sight-line restrictions, building mandates specify that all exterior walls be constructed with local stone, through a traditional building technique that is representative of the town. In tandem with the schematic development of the project, these building regulations initiated immediate design considerations at the scale of the detail. This included the repair, reinforcement, and extension of existing, solid stone walls on site, as well as the construction of new walls using a modified and more economical construction method involving stone, cast concrete, and CMU blocks. 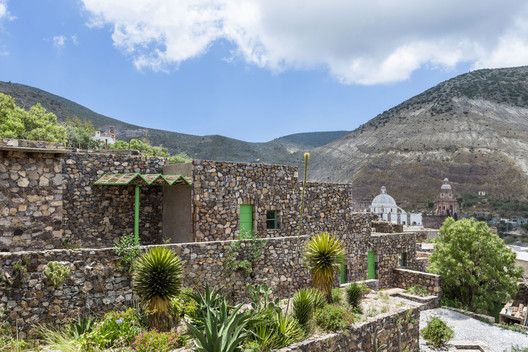