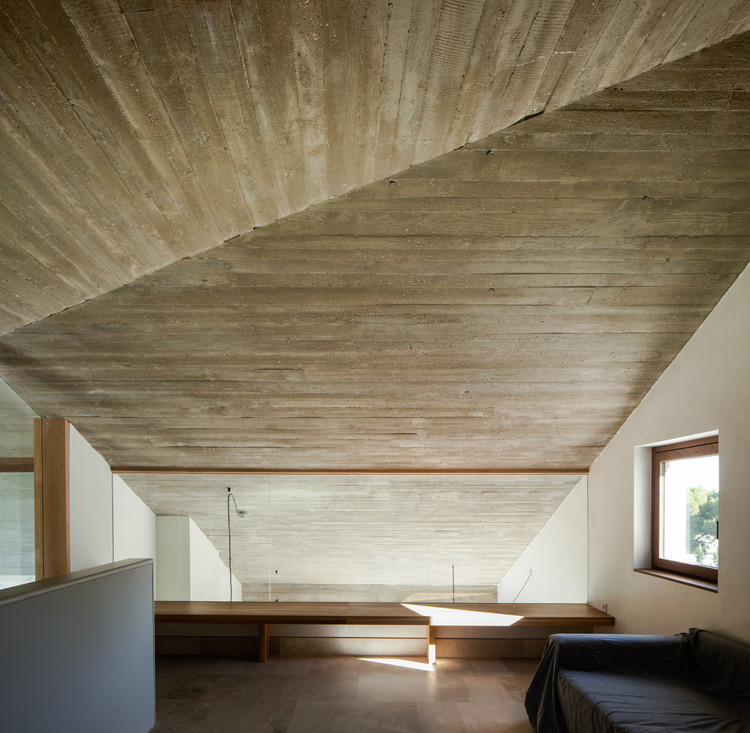 Text description provided by the architects. In this low-density residential area in Zaragoza, we find this particular single-family house. The feature of the plot, between two others already built by brothers from the client, was crucial and the main conditioning of the project, beyond the strictly normative and climatic characteristics from this area. The project was tainted from the beginning with the need for a continuity involving the three plots, as a single space keeping the three buildings pretty much as they share one single exterior field, but with a never loose sight of the so necessary privacy and respect for the already built. Surrounded in the north by a sports equipment zone with a pool, also shared by the three single-family houses, seek to achieve a whole idea of an ensemble.

One of the core values of the project was the side limitation of the plot, where the house restricts its dimension in order to release the space for the private south garden. The ground floor is thought from the deep simple idea of having a great central space, where the soul of the house resides, as well as interactions and intersections of life, shared in a generous and slightly out-of-scale space where everything happens and from where everything is seen. The other two wings are distributed parallel with an access-kitchen-laundry use and a bedroom area, leaving the activity to this central space. The porches play a part in creating a smooth transition to the exterior, as this interior living space lengthens to the outside becoming part of it and letting it come in to pursue a constant connexion sheltered from the “Cierzo”.The final compact volume results from the orography of the location, allowing a two-level floor building, with an underground floor bathed in natural sunlight, entering through the large north located windows.  The goal was to achieve one pure volume, embracing all interior and exterior spaces, sheltering all the settled program underneath this great three sloping roof. The personality of each space evolves with the growing heights. Bedroom area in the lowest, central space is given the highest and the access-kitchen-laundry program allows a mezzanine floor with a TV and a guest room. The home itself is in need of a little beam of light twice. One to seek the sky from the living room through a drill in the roof of the north terrace, the other one to allow the sky to become the bath’s roof.

in facades, iroko wood in the openings and corten Steel in the ground floor base emphasize the connection amongst the buildings even though each one has its own personality. The search for color harmony is precisely the origin of the last decision about the roof material finishing, initially suggested with stone but at last completed with light color flat tile. Materiality projects home with one and only stone floor, spreading out in the interior and outside, displaying the roof structural concrete and wood and plaster for the verticality dimension. Once the program was settled, aerothermal measures related to the radiant floor and photovoltaic panels were adopted to fulfill the energy efficiency improvement measures naturally adopted as orientation and cross ventilation. 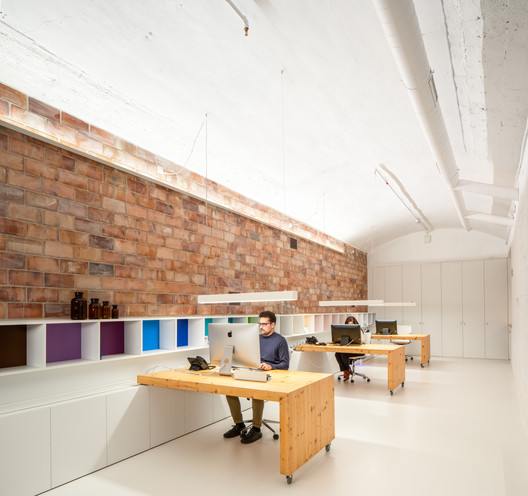