Save
Patagonian Houses: A Visual Registry of Traditional Houses in the Far South of Argentina
Share
Or
Copy 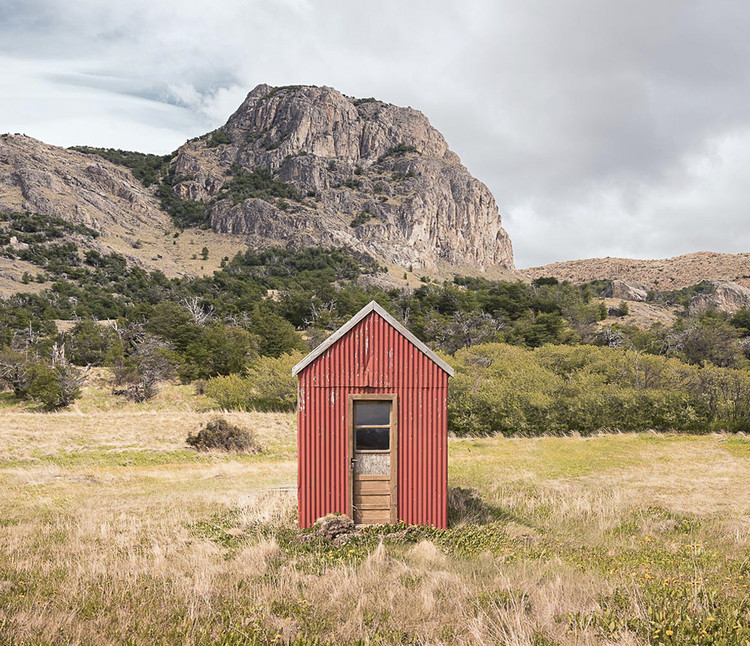 Argentina's Patagonia region is a vast swath of land that spans the provinces of Chubut, Neuquén, Río Negro, Santa Cruz, Tierra del Fuego, and even parts of La Pampa, Mendoza, and Buenos Aires. Although it is the largest region within the country, it is also the least populated and, therefore, markedly rural and isolated. This isolation forms the basis for Thibaud Poirier 's “Houses of Patagonia”, where he offers a visual registry of the houses found throughout the region in an attempt to capture the similarities that define the region's architectural style.

The houses photographed are found in El Chaltén, a town founded in 1985 in the midst of a border dispute between Argentina and Chile. Forming part of the Santa Cruz region, the town's population, according to a 2010 census, currently stands at just 1,627 permanent residents.

Consequently, the majority of the town's residential properties serve as accommodations for visitors and tourists.

In the extreme south, the days are volatile. You can have winter in the morning, spring in the afternoon, and autumn in the evening within the same day. The architecture here must be prepared for anything: the windows are reinforced and the metallic cladding is able to withstand extreme winds. The concrete and brick structures topped with steep, metallic roofs protect their inhabitants from the extreme and unforgiving elements.

Similar to alpine dwellings, the austere design of Patagonian houses combines traditional materials like wood, typically Patagonian Cypress, and stone with more contemporary materials like concrete, glass, and sheet metal. The landscape is a primordial element in the design process. The houses highlight the surrounding topography while simultaneously blending in with it.

The architecture is much more than purely functional; the style accompanies the majestic nature surrounding it. The houses are designed to avoid conflict with the mountain backdrop. The craggy peaks are visible from every angle of the city and are constant companions to both resident and visitor alike.  Truly, they are the centerpieces of the wild Patagonian landscape, in which architecture undoubtedly also plays a part.