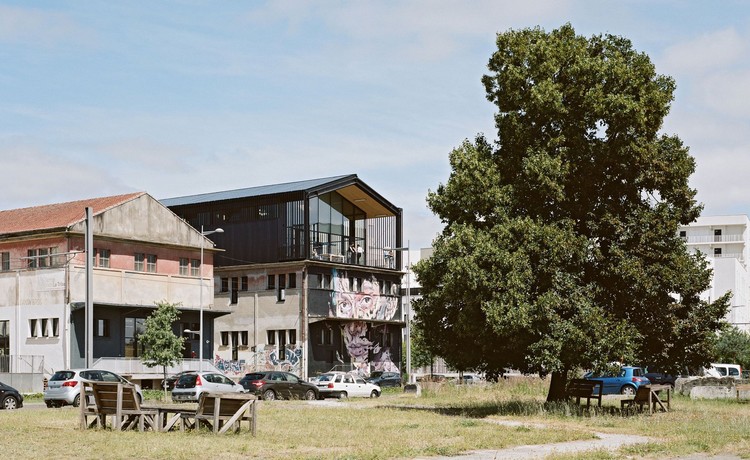 Text description provided by the architects. The township of Begles, located to the south of Bordeaux, developed an ambitious project alongside with Terres Neuves Urban Renewal Operation. The operation started with the town acquiring a cluster of 21 buildings of which included a series of military warehouses dating back to the 1st World War and since 1998 have been decommissioned. By 2014, the soil decontamination process was concluded, and therefore companies began to occupy its buildings and surroundings. By the end of 2019, NADAU ARCHITECTURE relocated to the BT-6, Terres Neuves warehouse.

Today, BT-6 takes presence from all the other warehouses with its glass and black metal skin rooftop extension covering 600 sq m² of usable space along with 200 sq m² of terraces. This contemporary architectural graft implements a new life to the site which in turn demonstrates the ability in respecting the past and fusing a clear statement of the present. The entire revamp of BT-6, concluded by NADAU ARCHITECTURE and Faye Architects and Associates, now serves as a showcase for these two agencies.

Completing the 2 lower levels BT-6 also houses an engineering firm and a communication agency delivering a new identity to the lieu as a craft workshop area, merging all the construction trades collectively. A dedicated space is also made available to display models and prototype works. Creating these partnerships between co-owners makes it possible to further experiment and get back in touch with our professions.

Furthermore, being properly situated, both offices also deliver a haven where you can take a step back and observe Bordeaux’s landscape including that of the Garonne River. On one side, NADAU ARCHITECTURE which is organized horizontally on its vast plateau, and on the other end, in an almost symmetrical form, Faye Architects and Associates. At the end of 2019, Hopare, a graffiti artist, gave the building a new face which all co-owners of the building joined forces in asking him to bring his art to this building, whose primary vocation, at the time, was elsewhere. BT-6, rehabilitation of a warehouse and elevated offices won the award "place to work" with exemplar use of steel. 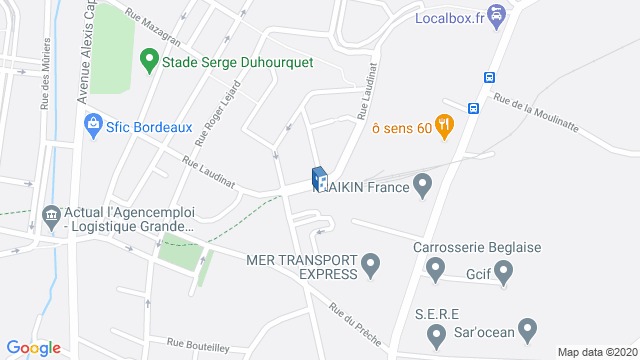 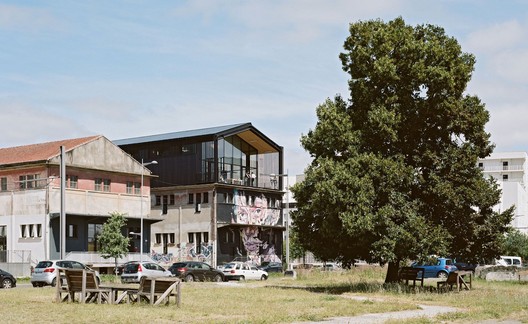