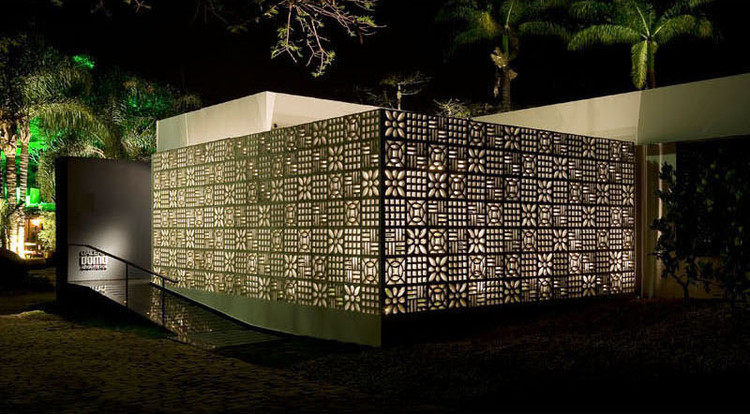 Text description provided by the architects. DOMO Arquitetos Associados sent us this temporary art gallery built for an exhibition in Brasilia that took place between august and october of 2008.

The project is a 60sqm temporary art gallery built for an exhibition in Brasília that took place between august and october of 2008. The gallery´s exhibition displayed paintings and portraits of contemporary and modern brazilian painters such as Zive Giudice and Candido Portinari. The basic idea was to create an exhibition space that was half opaque and half translucent for exhibiting the paintings and a roofless garden by its side, all wrapped by a skin made of precast concrete blocks of different patterns placed in a random combination. The resulting overall pattern makes reference to the embroidered pieces made by artisans from the northeastern part of Brazil, known as "Rendado". Precast concrete blocks were also largely used in the early modernist buildings of Brasília during the 60´s, for allowing natural ventilation and light into the building. It is also a very low-cost material in Brazil.

The ramp of access articulates the opaque black-colored part of the gallery with its white-translucent half. The black box is built as a double layered wall that contains a yellow colored surface inside. This void is lit by indirect light during the night, transforming the wall into a orientation lamp for the rest of the exhibition. A small hole in this wall lets the visitor take a look at what happens inside it while he walks through the access corridor. Part of the paintings were hanging in front of the opaque walls while part of them were hanging in front of the glass-walls, protected from direct sunlight by the outer patchwork skin. The garden contained local fruit-trees and a central sculpture on the floor by the local artist Betty Bettiol. 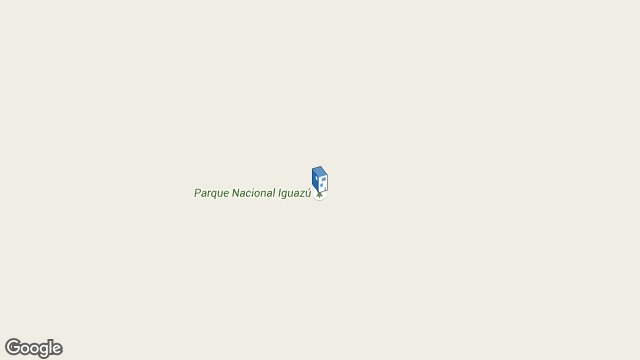 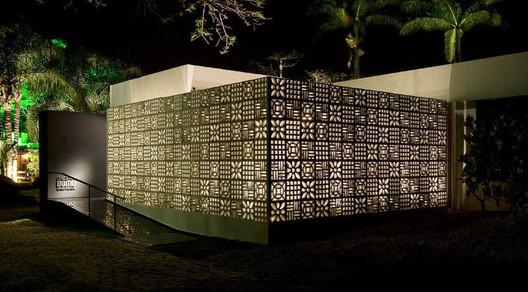