Text description provided by the architects. Commissioned by the University professors, Peykasa office building was designed as a communal work space adjacent to the Sharif University of Technology. The design was developed over an existing structure which was already built up to the ground floor. The given criteria was to design a building in harmony with the main brick buildings in the university campus. Therefore, the main challenge was to come up with a formula which takes the essence of 1960’s architecture of the university and combines it with the contemporary atmosphere of a technology based institution.

The project site is next to a local park and in a close distance to Tarasht Public Park. The green spaces on the façade are extensions of the greenery around the site, creating a homogenous entity in the urban scale. Moreover, connecting the two access roads on two sides of the building created an urban plaza within the building which fades the boundary between the building and the city.

The paradox between the world of software design and the real physical world, introduced contradictory topics such as introversion vs, extroversion, solidity vs. transparency, rigidity vs. flexibility in façade, consistency vs. variations in urban scenery, as well as public vs. private zone. It was decided to create a homogenous entity in terms of form and material to reach a state of uncertainty among paradoxes.

The hollow brick used in this project was formed by offsetting the outer edge of the traditional 10 * 20 cm brick used in the 1940’s buildings of Sharif University. The resulting module was a 19.5 * 32 cm brick with a 10* 20 cm hole covered in torques glazing.

Combination of the ancient brick blocks and software design technology resulted in the formation of a smart brick panel forming the entire façade of the building. These panels automatically adjust themselves based on sunlight exposure during the day. This system resembles digital technology both on the interior and the exterior sides of the building.

Non solidity (Transparency), sensoriality (connection to the outer world), and being multimedia (data transfer) are the characteristics of the electronic age. This project tries to create an intermediary vision to these contradictory topics in order to introduce a pioneer complex in the electronical industry.

The connection between brick as a traditional building material and the high tech electronic world, requires an intermediator and this project tries to address this issue. The closed and semi open interior spaces of the building were also designed to fade the boundary between inside and outside, to create different perceptions during day and night. The interior activities could become visible at night, converting the building from introverted to extroverted during each day. The working spaces in the building consist of open and semi open office, with green boundaries used to define and separate them. 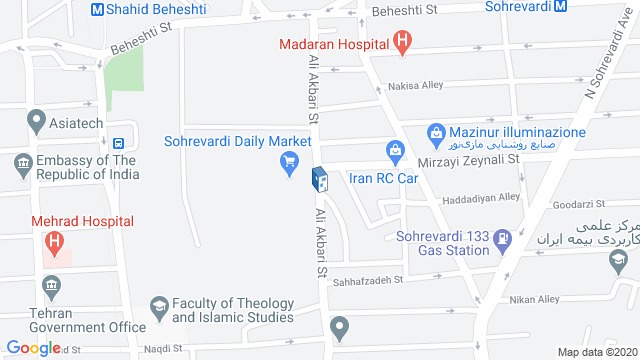 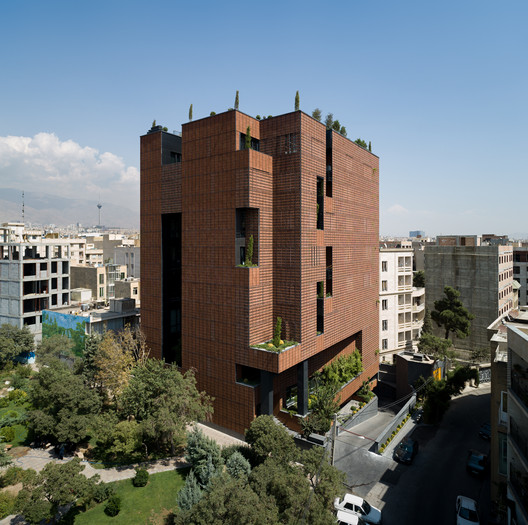