When architects Guylee Simmonds and David Schnabel bought a Scottish survival lifeboat for a voyage to the Arctic, they dreamed of setting sail to Norway and beyond. Called Stødig, the 100-man vessel was purchased in 2018 and converted over a one-year period. Capturing their inspiring journey, filmmaker Jonny Campbell created a feature film that explores the expedition and what it means to discover adventure in the everyday. 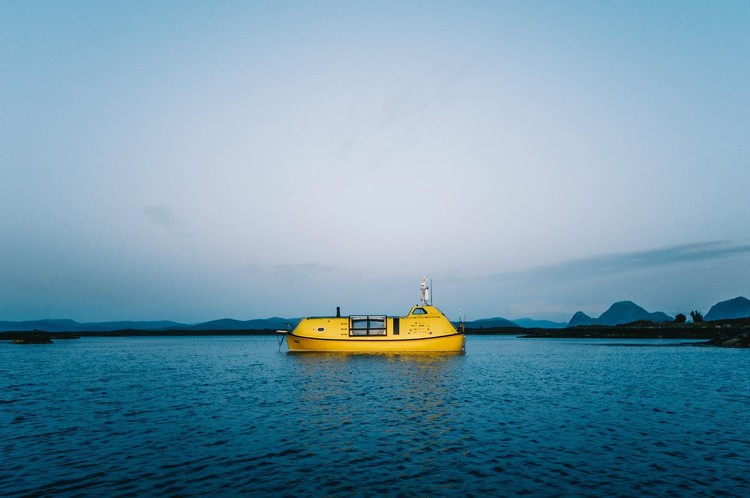 In an exclusive interview with ArchDaily, Jonny touches on his personal background studying architecture, making the transition to film, as well as how he captured the experience of Guylee, David and their retriever Shackleton as they set off to see the Arctic for themselves.

The film was directed by Jonny and produced with Emily Bell, with music by Mercury Prize nominated musician and composer C Duncan. You can follow the Stødig instagram account at @arcticlifeboat and Jonny's work at @jonnyrc

Why did you choose to study architecture?

At school I always enjoyed subjects like art and music, but I also got on with subjects like math and physics, so studying architecture appealed to me as it brings together those different ways of thinking. I didn’t necessarily want to become an architect afterwards, but I thought it would be an interesting and engaging subject to study.

How did you make the move from architecture to film?

My first foray into filmmaking was as a third year student at the Welsh School of Architecture in 2012. Myself and a fellow student decided to take some time away from our final projects by going out and capturing timelapses of Cardiff where we lived, put them together and uploaded them to Vimeo. The video received a really good reception, and that gave me the (perhaps misled) confidence to take on a more substantial documentary project with humanitarian architecture charity Orkidstudio (now BuildX Studio), telling the story of a development project in Zambia, and then a year later they asked me back to make another one, this time in Kenya.

By that time in 2014 I had just graduated from my Master’s, and made the decision not to apply for architecture jobs but instead to pursue work as a freelance filmmaker. It took a long time, probably a year or so, to build up momentum but slowly the work grew and I was able to pursue it as my full-time profession, which I have been doing ever since.

How did you go about capturing the story of Stødig with Guylee, Dave and Shackleton?

Filming Stødig was a bit of a passion project from the start - there was no firm plan, no funding to speak of, but as soon as Guylee and Dave told me that they had bought an old lifeboat I knew it would be an interesting story to tell. It was intentionally open-ended as a filming process, as Guylee and Dave didn’t necessarily have a fixed idea of what they wanted to achieve from the conversion and voyage, so I was aware of not wanting to impose a narrative on them and onto the film too early on. The themes that the final film explores, which revolve around ideas of slowing down and slow adventure, really emerged organically over the course of the project; it was only really at the very last stages of filming, once they had arrived in Tromsø, that those overarching ideas fell into place.

It was also a long project - there were probably only around 20 days of filming spread out over 2 years, as I was fitting in the project around other work so just had to snatch time when I could. The conversion of the boat in the UK took just over a year, and then the journey up to Tromsø around 6 months, and then we finished the last bit of filming with them once they had been living there for a couple of months. Around a year in I was lucky enough to partner with a Norwegian production company called Febril, as it happened that one of my good friends from school was now working with them. Their involvement was critical in working out how to film a slow moving boat as it made its way around some of the remotest parts of Norway.

Alongside that I had the support of Copa, a production company in Cardiff with whom I work, who provided me with the kit and the time to undertake the trips out there. It also became clear that Guylee and Dave would need to do a lot of filming themselves, as none of the film crew would be travelling with them on the boat for more than a couple of nights, so we worked out a simple to use and reliable smartphone based setup for the guys to use that would give us good quality footage, and enabled them to capture their day to day life on board in quite an authentic way.

Changes due to COVID-19 have been swift. How do you think the pandemic will shape design?

As someone who is very interested in storytelling around design and architecture, this is a question that I think about a lot. I believe that the pandemic, and more specifically the resulting lockdowns, has made design-issues more immediate and tangible to people outside of the profession. It has brought into sharp relief issues like access to green space, connecting with neighbours, availability of goods locally, and lots of other everyday lived experiences that carry with them important design questions. My hope is that this will lead to people asking more questions and engaging with the design of our built places and spaces, and it is up to the design professions to respond to that increased questioning in a proactive way.

Learning from Stødig and looking to the future, are there any ideas you think should be front and center in the minds of architects?

I think the great thing about Stødig is that in its design it does not aspire to be showy, despite the bright yellow paint job. It is not led by aesthetics or any grand concept, but rather in its utility acts to bring about a certain kind of lived experience. In working with an old lifeboat, and with limited budget, Guylee and Dave were heavily constrained in designing and carrying out the conversion. However, what they achieved was a piece of design that enabled them to go on a great adventure in relative comfort (I don’t really rate the guest bunk!), and they had experiences that otherwise would have been unattainable.

This brings to mind something that an architecture tutor said to us in the first days of architecture school, which was ‘constraint is the catalyst of creativity’. As the design professions increasingly question how they operate in a world of finite resources, I think it is important to carry forward a sense that constraint and scarcity, when coupled with the right approach to design, can result in projects of great value and richness. 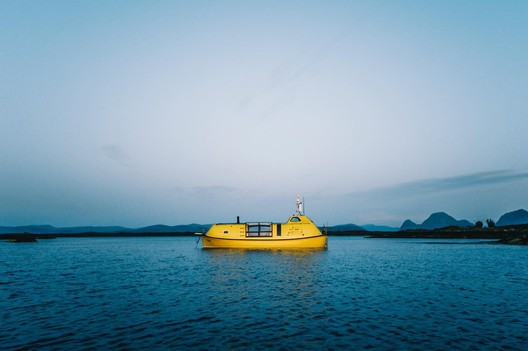