Design and the City a podcast by reSITE, on how to make cities more livable and lovable, raising questions and proposing solutions for the city of the future, kicks off its second season, with Winy Maas. In this first episode, the co-founder of MVRDV and The Why Factory discusses ideas that are seemingly larger than life, pushing the boundaries of our urban potential. 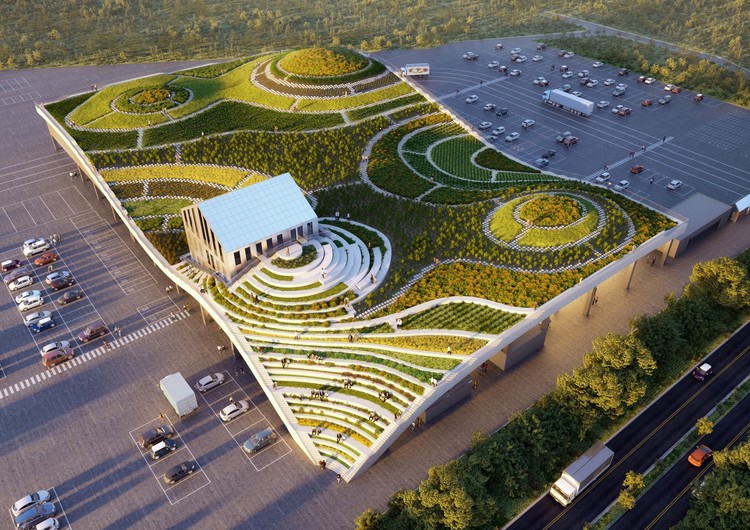 Interviewed by Martin Barry, founder of reSite, the guest of the first episode of Design and the City is “constantly looking towards the future and asking the question - what’s next?”. Winy Maas, the founder of MVRDV, spoke about his recent architectural ventures and discussed the projects “The Why Factory” is involved in. Starting off with his personal experience during COVID lockdowns, the conversation shifts towards the stairs installations generated by MVRDV, in a couple of European cities and their impact.

Along with the Why Factory, the architectural firm played a central role in this year's European Nomadic Biennial, Manifesta 13, in Marseille, France, leading an interdisciplinary urban study focused on the southern French city, named “Le Grand Puzzle.” Moreover, Maas’s think-tank, through its Green Dip initiative, reimagines metropolises, like New York and Hong Kong, and rethinks the typical set “green space”, merging it with the existing urban fabric and transforming concrete jungles into green ones. Experimenting with his interventions, the first test project for this vision was the Depot in Rotterdam, where MVRDV planted a forest; the Valley, in Amsterdam, a three-dimensional mixed-use tower landscape in the Zuidas, and the Market Hall in Tainan, a city in the southern part of Taiwan, where the team created a pool to test climatic cooling.