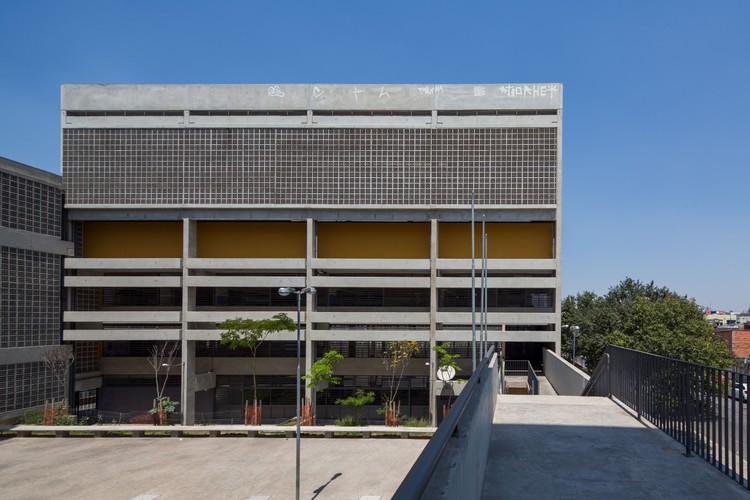 Text description provided by the architects. Located in the northeastern part of the Greater São Paulo, the project is part of a regionally disjointed but locally consolidated context, with the presence of a stable residential occupation and the recent construction of a new train station and new public facilities.

The demand for deploying a new school in the remaining open areas of an existing one created an inevitable situation of high building density and few open spaces on the ground level. The implementation in two stages was another major constraint to the development of the project. The design consists of two transverse blocks parallel to each other complemented by a smaller longitudinal volume that contains a set of stairs and ramps. The courtyard created between them is slightly elevated in order to eliminate the risk of flooding.

A small square of access creates a public space and marks the address of both schools. Sun-shading surfaces and masonry colored planes make up the visual character of the vertical volumes, which will highlight the horizontal landscape of the neighborhood. 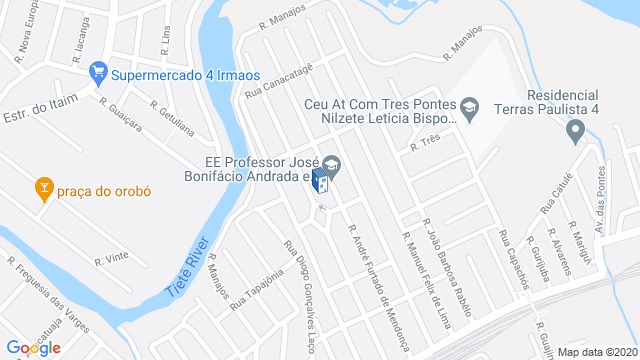 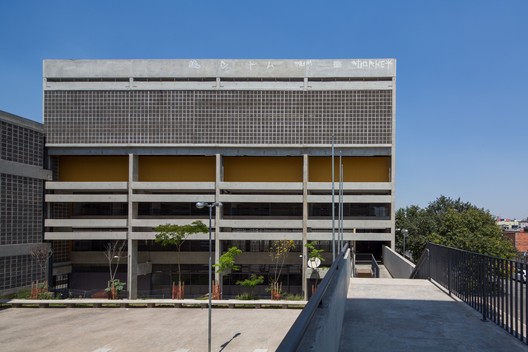