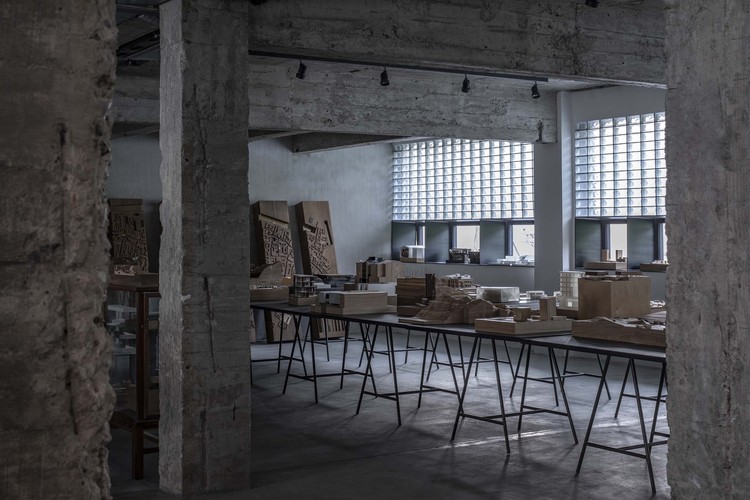 Text description provided by the architects. As a practice, Neri&Hu has always sought after adaptive reuse projects, and we were immediately drawn to this project as yet another opportunity to reutilize an artifact of urban excess, to celebrate and even elevate the mundane. Within a small complex of ex-industrial buildings in the middle of bustling Jing’an Temple area, the site for renovation was a four-story nondescript office and dormitory building for the local telecoms company. Instead of just discarding it for a newer, yet still unremarkable, building as the previous tenant saw fit to do, we embraced instead the potential to transform it and give it a chance to not only survive, but thrive as a beacon for design.

The first renovation strategy was a reworking of the main façade, to completely shift its proportions and reading, without any major structural alterations. The repetitive and perfunctory windows of the existing building are partially infilled with glass bricks, while the bottom portion of new operable windows is strung together with a unifying black metal frame, creating the illusion of long horizontal ribbon windows. While the entire upper part of the building receives a coating of dark gray paint, the ground floor showcases a different material treatment. Glazed green tiles define the rounded staircase that anchors one end of the building and continue across the undulating wall at the base, which dips in and out to signify access points. A deep canopy is added atop the ground floor to enhance the split in materials as well as offer a welcoming gesture on the street level.

The second strategy of this adaptive reuse project was to keep all the existing concrete post and beam constructions intact, in fact to celebrate them by leaving them fully exposed, despite minor flaws and irregularities. While maintaining the structural grid, a few selective cuts are made into slabs to introduce double height spaces and a new internal staircase between the third and fourth floors. The deceivingly simple operation of cutting and deleting reveals the layers of spatial potential within a rather ordinary building configuration.

Within and in between the existing columns, several steel and ribbed glass enclosures are added, while white box volumes house support spaces. Throughout, there is an expressed intention to juxtapose these new insertions against the old, never losing touch with the building’s past.

Programmatically the ambition of this project was to build upon the notion of a “design commune” we had begun with our Design Republic flagship shop 10 years ago. The other tenants that were brought in to share our space—the Artling, Luneurs bakery, and furniture brands Stellar Works and Muuto—is a curated sampling of the broader design community in Shanghai and collective creative platform that we hope to foster. The existing south staircase stitches together the main building with a few communal spaces open to the public: co-working and open kitchen facilities on the second floor, a 90m2 multipurpose event space on the mezzanine level between second and third floor, as well as a rooftop garden.

With Design Republic offices also on the second floor and Neri&Hu on the third and fourth floors, it was unquestionable that as a practice, we would deploy every aspect of our design capabilities, from the architecture and interiors, to the furniture and graphic signage. One will find a seamless integration of these elements, such as the shelving which extends from the steel mullions of the glass partitions, or the reception desk which envelops and integrates the structural column.

“Interdisciplinary” is often recast as a new buzzword or trend in the design profession, but the basic tenets were established by the Bauhaus and Art Nouveau movements—movements that represented a larger collective ambition—a total design vision through means of controlling built environments from the large gestalt down to the smallest details. 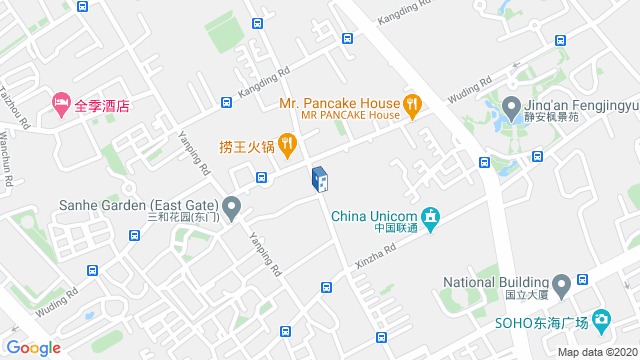 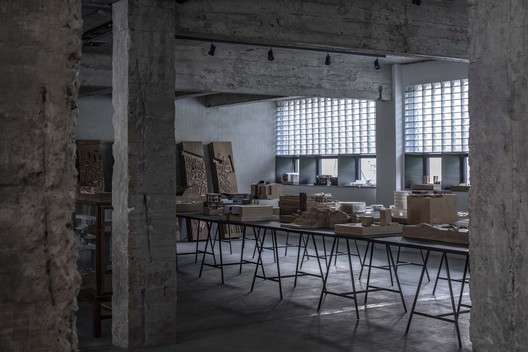