Save
Fenix I Warehouse Renovation / Mei architects and planners 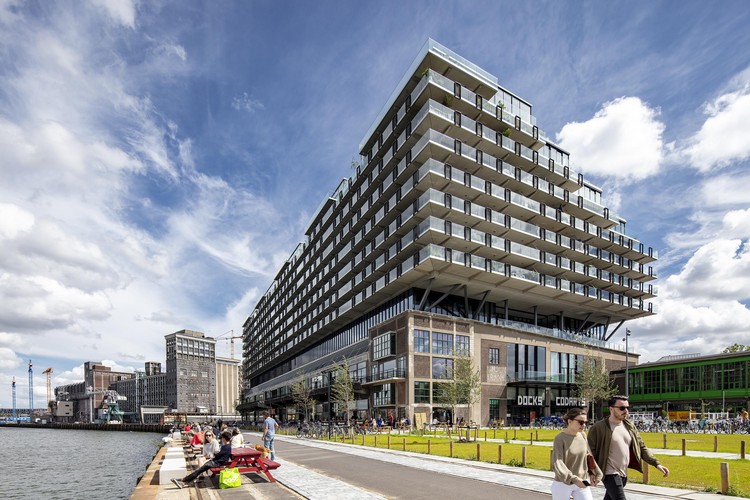 Text description provided by the architects. With almost 45000m2 of mixed-use space and a unique steel structure built through the existing monumental warehouse, Rotterdam gained a bold and iconic building: Fenix I.

History. The former so-called San Francisco warehouse, built in 1922 for the Holland America Line, was heavily damaged between 1940 and 1950 and restored into two buildings: Fenix I and Fenix II. In the 1980s port activities moved westward and the warehouses fell into disuse. In 2007, the city of Rotterdam committed to the restructuring of the Katendrecht district. Over time Katendrecht transformed from a disadvantaged area into a trendy and most popular district, with numerous culinary, creative, and cultural enterprises, where Fenix I forms a great example.

Design. The design of Fenix I consists of three main parts. First, it comprises the existing warehouse – 140m long and 40m deep, with 2 floors with 6 meters free height - that has largely been redeveloped and renovated for mixed-use.

The residential volume on top, an enclosed building block executed as flexible concrete construction, supports an immense steel table structure, that is built right through the warehouse. It comprises 214 lofts, rental and privately owned, with a high degree of flexibility in size and layout and 2.5 meters deep outdoor spaces all around. An interlayer consisting of a gigantic spaceframe structure separates the existing warehouse and new volume above. This layer has a clear height of 4m to 6m and accommodates loft apartments adjacent to a large courtyard garden, which is characterized by light, greenery, and transparency, and forms a strong contrast with the industrial dockyard structures. It was a conscious decision to use a gallery to encourage social interaction and stimulate an inclusive community.

Fenix passage. The gallery on the inside of the building block connects to a public passageway on street level, that runs through the heart of the original warehouse, connecting the city side with the quay. The different time-layers and dynamics of Fenix become visible and tangible through the many sightlines that bring the various functions together. Unique construction The technical challenge of Fenix I is most evident in its construction. By placing an immense one-kiloton steel table construction through the existing warehouse and giving it a separate foundation, the monumental warehouse could be largely preserved. The new building on top is technically kept separate from the warehouse.

Sustainability. Sustainability is an integral part of Fenix I, starting with maximum reuse of the existing building. Fenix I has been optimized in terms of circularity and biodiversity by means of a future-proof adaptable building structure, roof gardens, vertical green courtyard facades, rainwater harvesting, high-performance solar control glazing, and high-efficient heat recovery and heat and cold storage.

Community. The distinctive architecture, as well as the exceptional residential product offered by Fenix I, attracts residents and users with a similar mindset. Shortly after completion, Fenix I shows to contribute to social interaction and solidarity of the neighbourhood and to be the home to an inclusive and caring community. 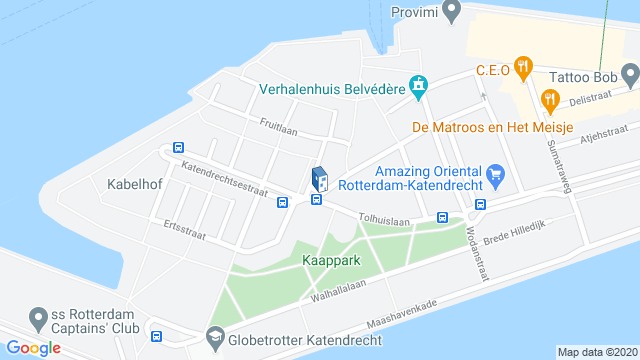 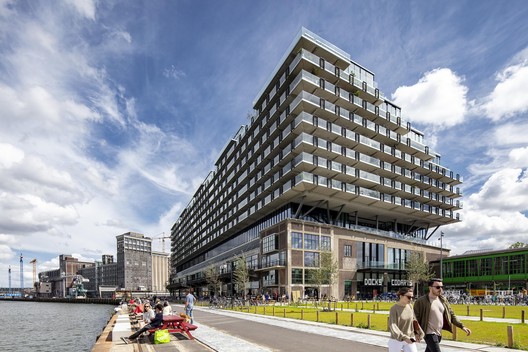