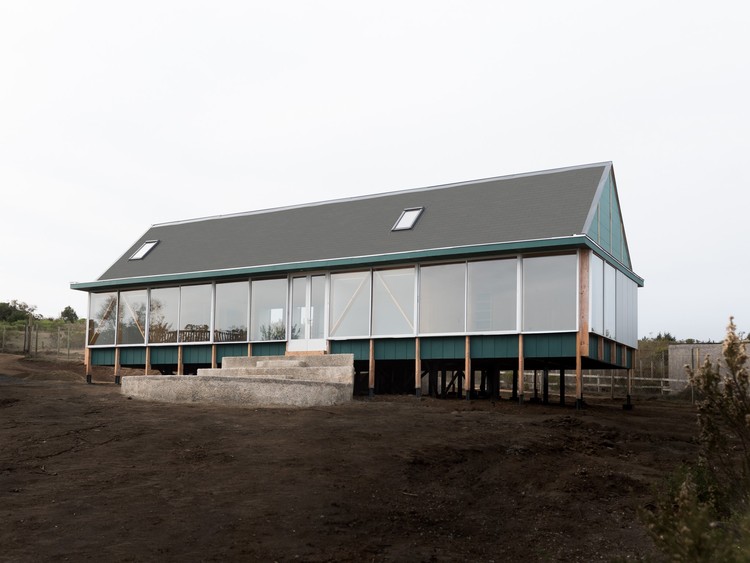 The brief. My friends Mr. S and Ms. P wanted a cheap, easy to build a beach house with a triangular-shaped roof.

Their idea was to spend weekends and vacations there, with an intent to possibly move there at some point in the future. They liked the idea to invite family and friends to stay over and who knows, maybe one day they would have kids and it would certainly be nice for them to bring their friends to play at the weekend. They didn’t know what would happen in the future, but then, who does? We started designing the house and suddenly the family grew.

Was it cheap? The house was relatively cheap for Chilean building standards. Yet, of course not as cheap as the owners would have hoped. The construction cost was approximately 950 USD/sqm.

It was as usual necessary to negotiate between technical quality, general comfort, and costs. Thus, the project for us was mostly about constantly assessing how to achieve a construction that is different from ordinary vernacular but with resources typical of it. For each element, the question arises, and for each question, we were eventually challenged to find a way to decide.

A timber structure supports the house from the outside. Standard materials were used as the envelope: painted fiber concrete, aluminum windows frame, and an asphalt membrane on the roof. However, there was a particular concern with the installation of a continuous layer of insulation around the house for thermal comfort. The interior is mostly cladded in knotless pinewood, drywalls are used in the smaller rooms, and porcelain tiles in bathrooms. A 40 cm level is marked changing the direction of timber battens throughout the house.

And what about the Triangular Shaped Roof? That was the easy part, however, the owners also wanted to avoid structural elements in the interior space for maximum freedom. To achieve this, we added a couple of exterior cantilevered beams over both long façades. On top of that, the beams function as eaves and also establish the house’s form.

Spaces & sizes, not programs. The overall configuration of the house is made up of a large open floor plan split by two interior modules placed perpendicularly. Each module has a small room and a bathroom inside and produces an upper loft area above it. The house can be simply read as two large spaces, two small spaces, two upper loft areas, and two bathrooms that allow for a number of potential uses. This is the way in which the design responded to the initial indeterminacy of the program – futureproofing the building?

If they want, they could set up a huge bedroom and include the other rooms as a walk-in closet + en-suite bathroom. They could sleep in a small room and use the larger room as a home office, a library, or a children’s playroom. They could also place the home-office (if they want to have one) at one of the upper loft areas. Leave the other loft area as a guest room… etc.

The hypothesis is that programs are primarily defined by objects, hence just by moving furniture and appliances, they will be able to reprogram the different spaces.

The end - Analytically. My participation in the project probably made the house a little more expensive and a little more difficult to build. In exchange, I contributed to the realization of a house open to future changes in the program. A fair exchange?

Optimistically. Finally, they got a beach house at a reasonable price, and with the triangular roof, they had in mind from day one. Their daughter was born before the house was finished, so we decided to remove both stairs’ first step and leave the upper loft areas out of her reach. They can now work on their garden and let their lives take over the house. 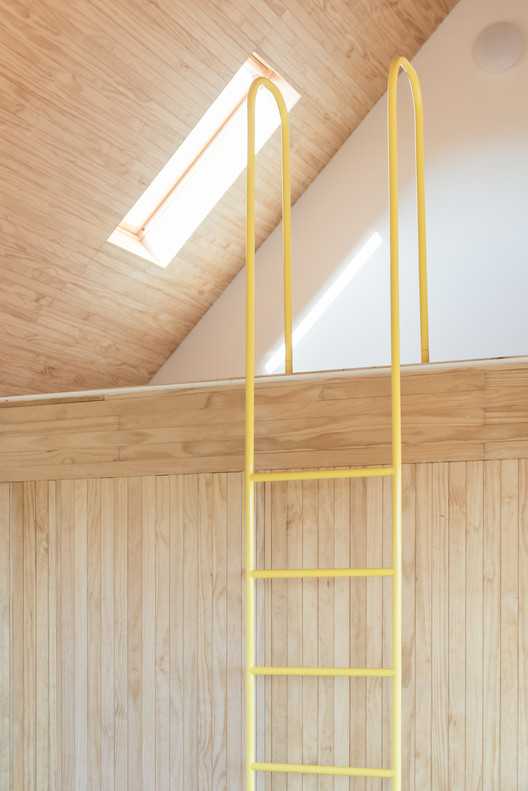 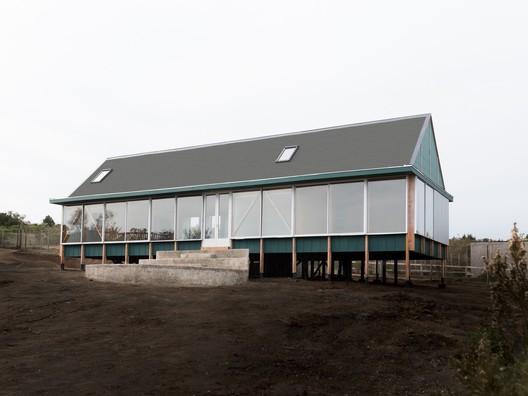