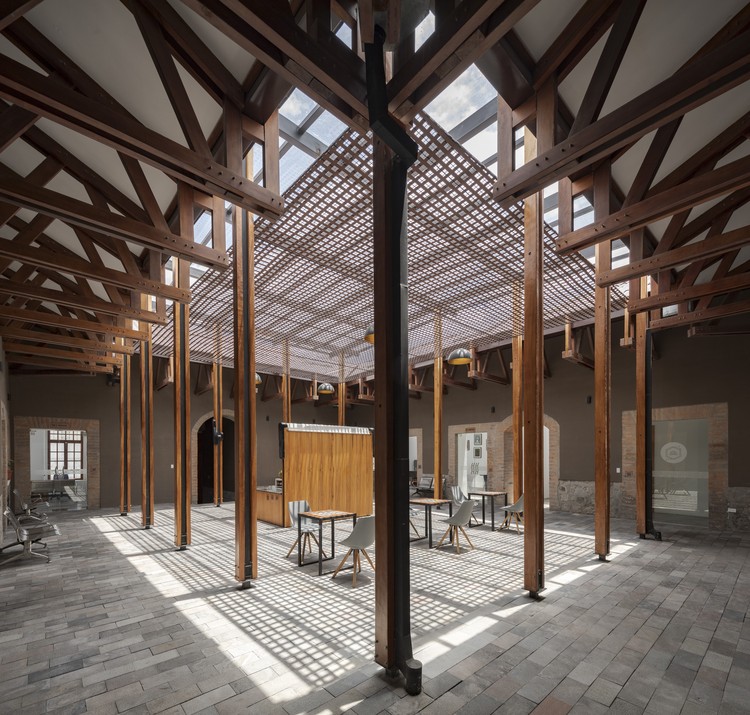 Text description provided by the architects. CACMU Verde is located in the historic centre of Ibarra, an Ecuadorian town set in the Andes in the of the Country. The building is heritage- listed with the Ecuadorian National Institute of Cultural Heritage. The original site consisted of built and unbuilt areas.

The project sought to restore the existing building, recognizing its value as part of the heritage complex of the historic centre of the city, while highlighting its original materials and typology. Due to the deterioration of the original roof of the existing building, the project team decided to replace it, keeping the original heights, slopes and the use of timber as its structure. In addition, on the exterior façade, all the stone and brick masonry work was recovered, as well as the carpentry on windows and doors.

The relationship between the perimeter areas of the building with the interior patio is reinforced by the redesign of the roof with an eaves configured by self-supporting timber trusses. The central patio is covered by a light metal structure that is supported by timber columns placed in its perimeter. Inside, a woven screen provides coverage from the sun to those on the service balcony and cafeteria.

In the non-built area to the rear of the site, the newly built area is located. This construction maintains its current depth at 1.10 meters below the existing house level. This building houses two main functions: training spaces and an event room. To achieve this double task, 3 strategies were proposed. The first, to create physical limits with translucent materials; the second, that these limits are not permanent; and the third, to have fixed elements, like small patios that allow both the lighting the interior and transform the space around them.

This area consists of a steel post and beam structure, arranged in an orthogonal way, with a distance between its main elements that did not exceed 9 meters. There are 4 interior patios that allow the distribution of 3 training rooms that are separated from each other by panels with sliding systems. These panels, and their system allow, on the one hand, the total independence of each room and, on the other hand, the unification of the entire area in a single space.

The transition area between the existing building and the new construction houses a co-working area and a double height space that constitutes a foyer that articulates of all the structures incorporating the original arcade. Through ramps and hallways, at the junction between the two buildings - the old and the new - a vertical green wall is proposed. The walkable deck, accessible from the foyer, has a more open and green character. The interior courtyards are projected at this level as void. Benches and other furniture are proposed in order to allow the use of this open space. 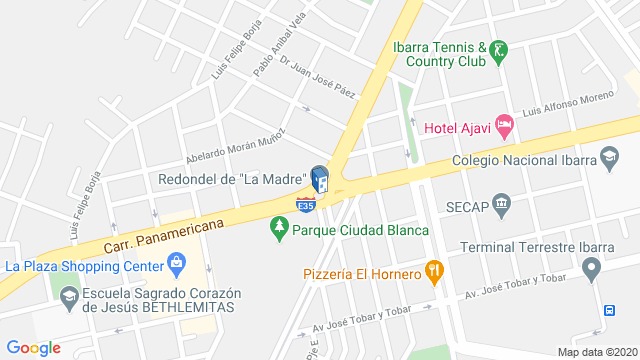 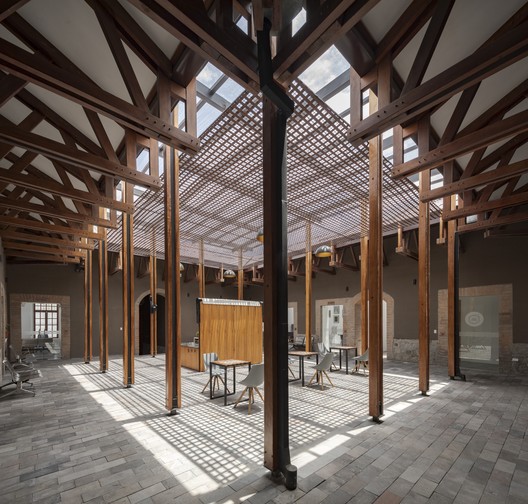