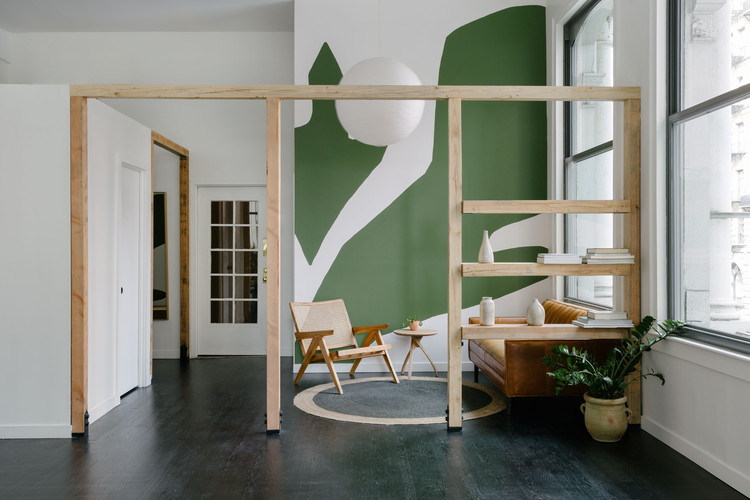 Text description provided by the architects. Architects Noam Dvir and Daniel Rauchwerger of BoND have transformed a loft in a landmark building in the neighborhood of Chelsea into a hair salon. The design process began in January 2020, and when reports of the pandemic started hitting the news, the duo – together with the salon’s founder Garrett Bryant –  adapted the original design to accommodate new public health regulations.

Keeping the original open layout of the space, the designers introduced wooden frames that operate as thresholds between different areas, while maintaining visual connection. Upon entry, patrons are directed to a small foyer and bathroom area where they can wash their hands and sanitize or leave any personal belongings.  The adjacent waiting area is separated from the main styling area by an additional frame that doubles as display for hair products. “The idea was to allow the hairstylists to monitor people coming in and out of the space, without putting any walls up“, says Dvir, “while light in appearance, the frames are impactful in creating distinct areas”.

A key feature of the design are mobile planters with Ficus trees and lush Monsteras. The plants, together with large scale murals that dominate the space, are inspired by Henry Matisse’s plant-filled studio and colorful papercut works. The designers carefully positioned the plants to create invisible paths between stations and to further eliminate unnecessary physical proximity.

“In the past few months we are seeing retail spaces being adapted to social distance measures in varying degrees of success, installing floor stickers and roping to better control the number and flow of people”, says Rauchwerger. “Our approach to introduce light interventions like wood frames, plants or lighting fixtures to mark off areas“.

Hawthorne Studio was recently reopened as part of Phase II in New York, switching to an online reservation system and cashless payment. “Little did I know when we were designing the studio that we would be so prepared for social distancing and our new normal”, says the studio’s founder, Garrett Bryant. 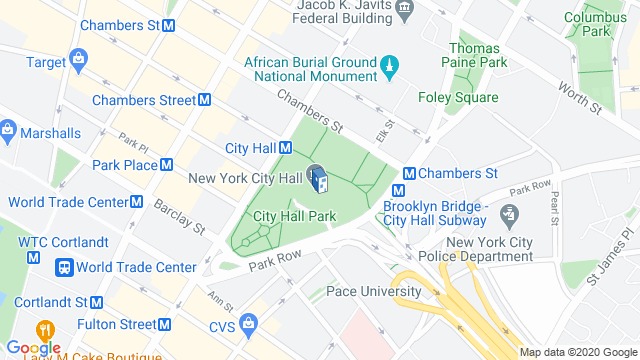