Text description provided by the architects. The intervention, even considering its limited dimension is complex, as it is articulated in three different fields: a selective refurbishment concerning some of the pre-existing school zones, a recent extension aimed to host some offices and a new auditorium, and a deep intervention of seismic adaptation and energy efficiency on the gymnasium. The insertion of the new volume is aimed to complete the template of the existing complex established for consecutive additions of volumes with different shapes and in different moments: to the U body of the scholastic building built at the beginning of the 1950s were added the small volume of the dressing rooms and the gym in the 1970s.

The intention is to build an element to complete this sequence of the existing addictions closing u- shape figure introducing in the meanwhile a volume with his own formal identity: the polycarbonate second skin has the function of connecting the volumes, passing in front of them as a translucent blanket that let us guess what you have behind and propose a new global reading of the building.

Apart from this, the new volume proposes an entrance for the school, necessary because of the presence of the auditorium that needs a separate entrance for the external public but used as an opportunity to give the school a symbolic and representative entrance that distinguishes it from all the other existing one.

Finally, the new hall placed on the last floor of the building like a bridge between the school and the gym represents the heart of the cultural production of the school and through his transparent facades see and can be seen from everywhere becoming a very strong symbolic element. 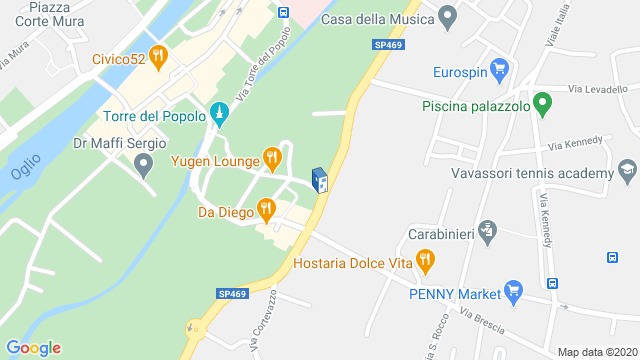 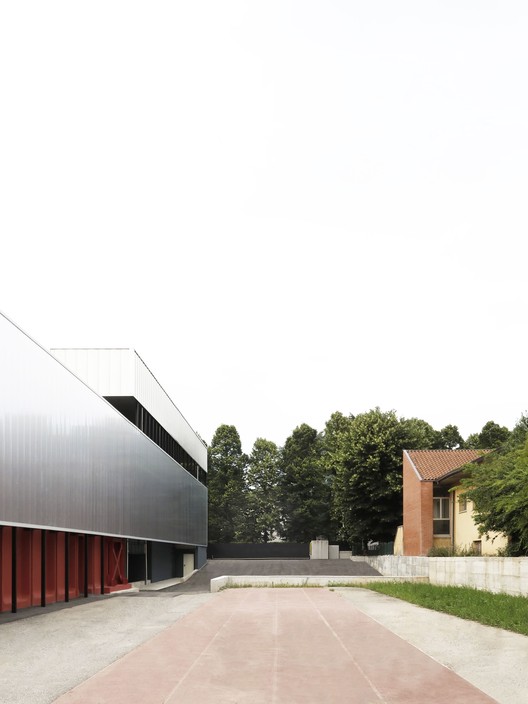 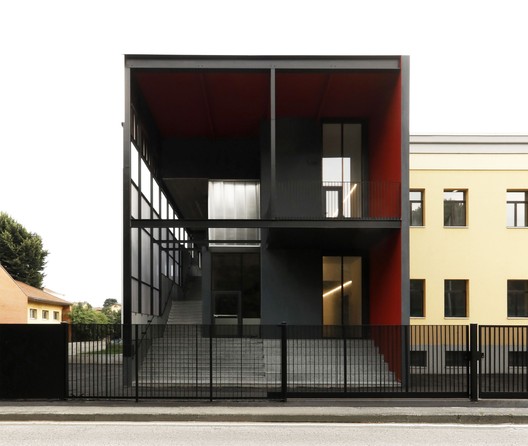