Design practice Sasaki has begun a transformation and renovation of the historic Boston City Hall Plaza. As one of the city's most-used civic spaces, the project aims to make the plaza more welcoming and accessible for everyday life and special occasions. The design team is working with Mayor Martin J. Walsh and the City of Boston on the seven-acre plan to deliver updated programming capabilities, new infrastructure, and improved sustainability. 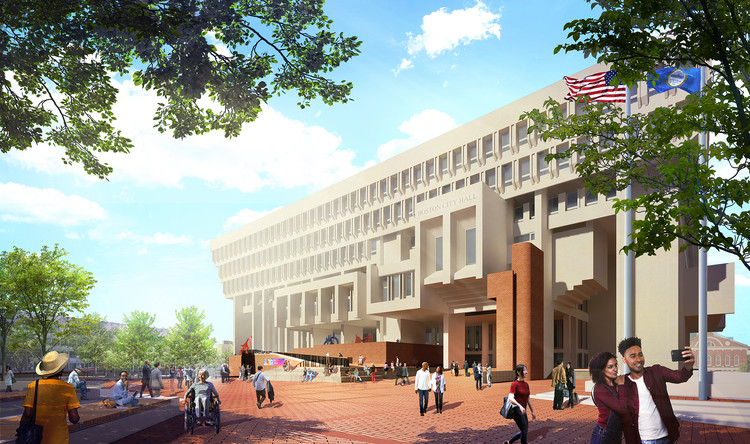 As one of the City’s largest civic spaces, the iconic plaza has hosted events from celebrations and political rallies to cultural festivals for the last 50 years. Designed in the 1960s, the plaza lacks needed infrastructure, and its stepped elevation change has made for inaccessible areas at points throughout the site. In October 2017, Mayor Walsh released the Boston City Hall and Plaza Master Planning Study: Rethink City Hall, which was led by Utile and Reed Hilderbrand. The study resulted in a 30-year master plan to address repairs and transform the City Hall and Plaza to better serve Bostonians and visitors alike.

The design team notes that as part of the master planning process, Mayor Walsh engaged the community "beginning in early 2015, across social media and through dozens of public meetings to help crowd-source ideas on how to reimagine the plaza." The Phase 1 City Hall Plaza project that arose from the master plan has already begun.

Led by Sasaki, its main goal is to make the plaza more accessible for all while connecting Congress and Cambridge Streets. The program includes an accessible sloped promenade activated by amenities like shaded seating and gathering areas, a play space, a public art space, and a water feature, while the main plaza will accommodate events of up to 20,000 people.

The Boston City Hall Plaza Renovation project is managed through the City’s Operations Cabinet by the Public Facilities Department in partnership with the Property Management Department and is assisted by owners project manager Skanska USA. Construction on the plaza broke ground in July 2020, led by Shawmut Design and Construction. 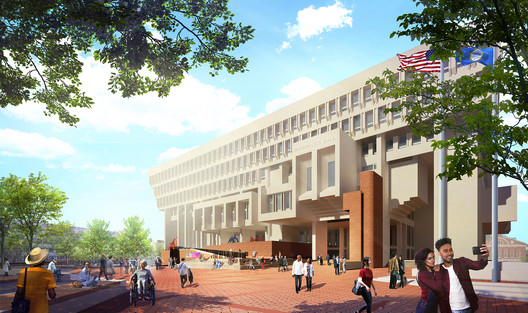