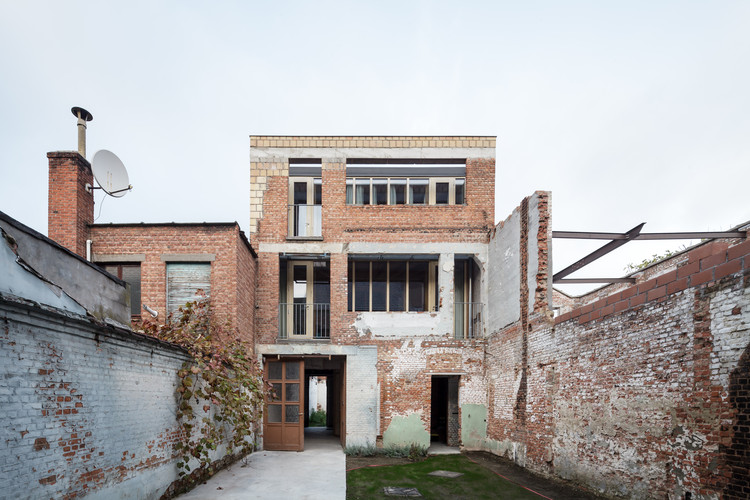 Text description provided by the architects. A typical challenge for Belgian cities today is to make their 19th and early 20th-century urban fabric more liveable and sustainable, without driving away all economic or manufacturing activities. Most of these areas are characterized by a mix of industry and housing, high land occupation, hardening of open space, and soil pollution. Today most of the industry has moved away from these areas and the infrastructure over time has been parcelled out to small-scale private owners. “Pitting” is one of the strategies that many cities include in their urban policies for these areas, trying to avoid tabula rasa. The tmSN house does so in a radical way.

BLAF has since long been working on the idea of the casco as a sustainable format for architecture. In this case, the casco was a given. The L-shaped plot was almost 100% occupied. The building facing the street was a house, and all the other buildings behind it were manufacturing space.

With surgical precision, the least valuable parts were cut away to generate light and open space on the plot. The most valuable parts were consolidated and made empty and amenable. This “pitting” operation created a small “Hinterhof”, an ideal environment for a family home. The house facing the street was refurbished as a workspace (group practice for psychiatry).

Like a snail in its shell, a new timber frame construction was fitted into these casco’s, making an interior space for a home. The intermediate spaces between the casco and the timber frame home generate new relations between inside and outside, helps to organize the program on the plot, and make the raw brick of the casco visible from the interior.

The open spaces that were created are used for water management and greenery. They help in fighting urban heat stress and increase biodiversity. 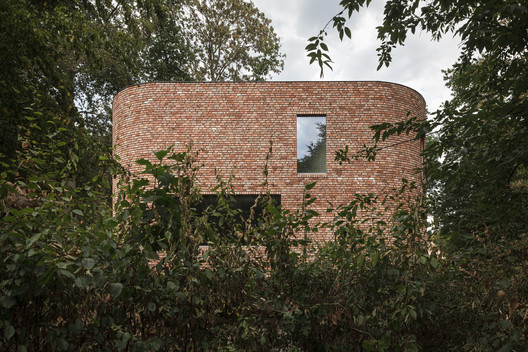 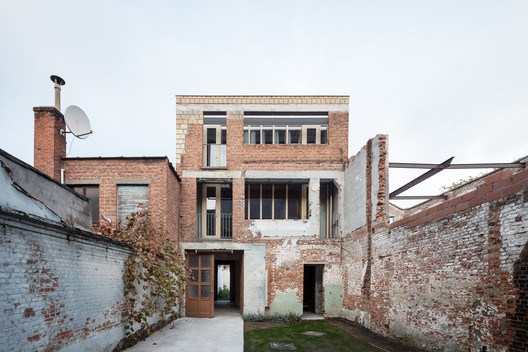