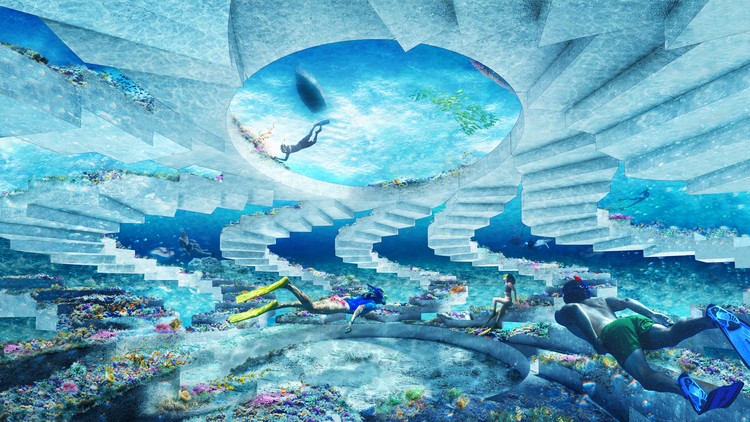 As the design team outlines, the large-scale environmental public art project was conceived by Ximena Caminos, who will serve as the project’s artistic director. Led by Shohei Shigematsu, OMA will design the ReefLine’s masterplan alongisde marine biologists, researchers, architects and coastal engineers. It will be made as a critical habitat for endangered reef organisms, promoting biodiversity and enhancing coastal resilience with a series of geometric, concrete modular units. These units can be deployed and stacked following the topography of the sea bed.

Shohei Shigematsu, OMA Partner, said: “We are excited to collaborate again with Ximena on a project that brings together culture and community. The ReefLine is unique because it brings attention to and mitigates the dangers of climate change in Miami, while simultaneously enriching the city’s vivid art scene. We look forward to working with the diverse group of experts and professionals on our first underwater cultural masterplan and sculpture.”

The ReefLine was made in collaboration with Coral Morphologic and University of Miami Researchers, and it is supported by the City of Miami Beach. OMA notes that the project will be completed in phases, with the first mile slated to open December 2021. The first phase will open with permanent installations by Argentine conceptual artist Leandro Erlich (b. 1973) and Shohei Shigematsu/OMA. 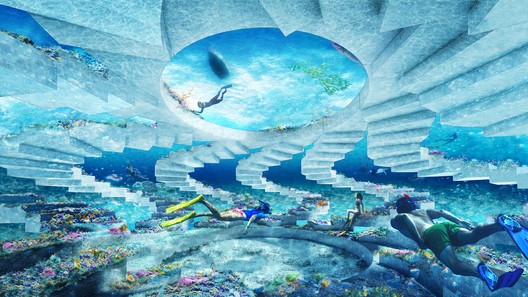