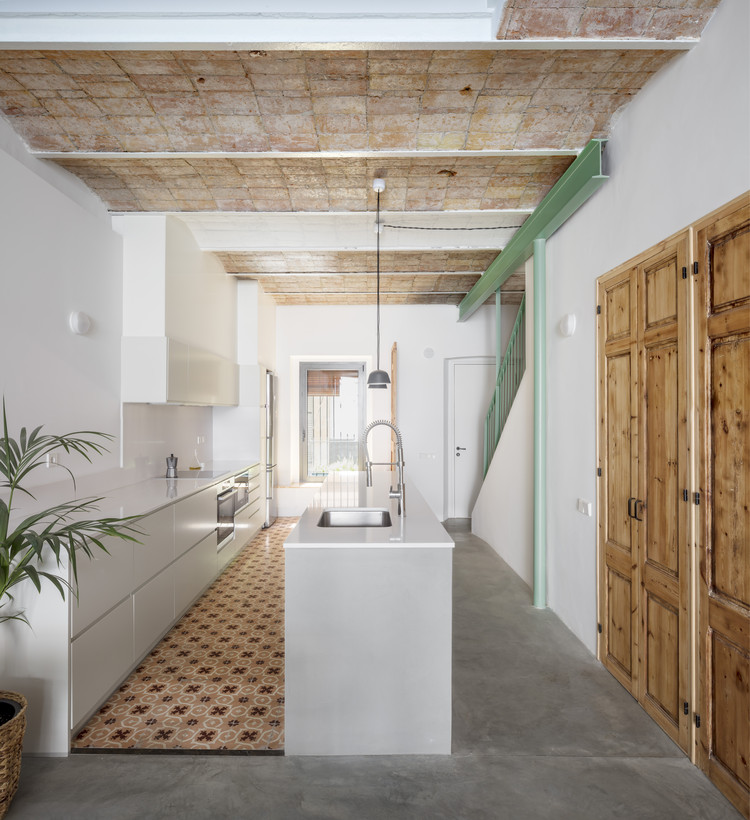 Text description provided by the architects. The restoration of Casernes was a project that aimed to showcase the history of the building and the modifications it had previously undergone throughout different eras. Gemma and Vicenç bought a row house that was divided into two separate dwellings – one located on the ground floor, and the other on the first floor, respectively. The building development planning had been very disjointed and, as a result, the building suffered from serious ventilation and lighting problems.

Despite these issues, the building boasted some magnificent original features, such as great ceiling height between the two stories, ample width between the dividing walls, as well as charming structural and joinery/trim details that gave the building a character that we wanted to preserve. After selecting, cleaning, and restoring the distinguishing features to be preserved, the end result is a space where the original features contrast with newly built elements to create overlapping layers that stand testament to the history of the building and the lives written in its walls.

The exposed ceilings of the house act as a film reel that provides us a glimpse into each consecutive phase of its construction and restoration process. The original vaulted brick ceiling with metal beams is left exposed for a clean look and is interlaced with the new concrete slabs and steel beams used for structural reinforcement. The aim is for each layer to reveal, through its differentiated textures and colours, the passing of the years and to highlight the new additions and modifications.

In terms of the layout, two pre-existing spaces were fundamental in shaping the design plan: the interior patio and the straight staircase that leads to the first floor. The patio understood as a natural extension of the ground floor living space has been extended, fitted with a porch, and connected to the annex at the back of the patio. To this main patio, we added two additional patios that complement and enhance the natural lighting and ventilation system of the house.

Firstly, in the case of the new guest bedroom, a triangular opening cut into the wall allows for cross-ventilation. In addition, a patio skylight in the centre of the main living space creates a chimney effect, allowing for air to flow naturally through the whole house. This patio, at the same time, serves as a means to ensure open communication between the different levels of the building, providing new visual perspectives and flooding interior spaces that have no direct connection to the outdoors with light.

The organization of the circulation spaces has been designed starting from a single linear element: the existing staircase, which has been expanded and which functions almost as a light well, making indoor spaces feel brighter and more spacious.

The staircase and bathrooms are squeezed together along the south dividing wall, thus allowing the ground floor to remain a wide-open space that extends from the street to the patio. Accessing the house through the kitchen, we encounter the living spaces on the ground floor, which are linked together. These are also connected, through the central patio, with the study on the first floor, where the bedrooms are located at the far ends. 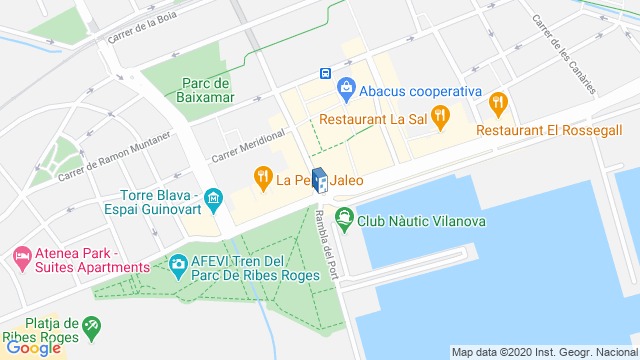 Location to be used only as a reference. It could indicate city/country but not exact address.
Share
Or
Copy
About this office
CAVAA Arquitectes
Office
••• 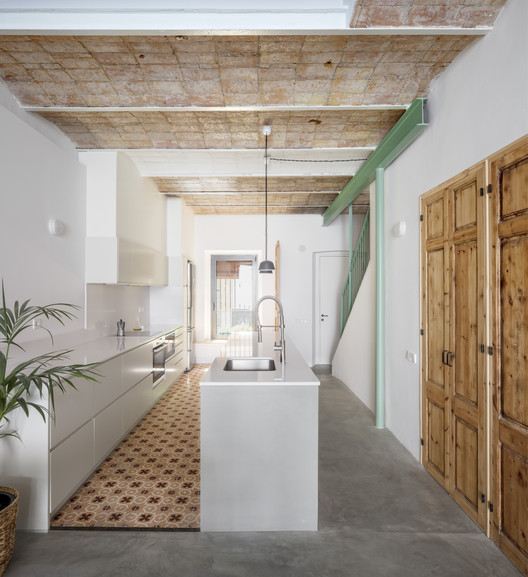