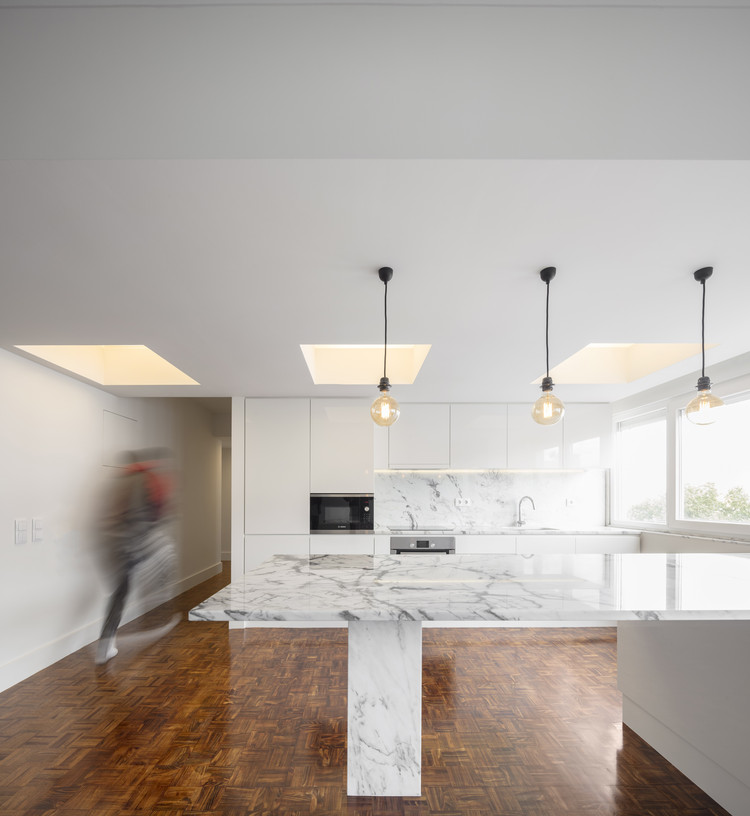 Text description provided by the architects. The intervened apartment is located in a residential building at a peripheral Lisbon´s neighbourhood. The renovation of the flat represented an enjoyable challenge. In fact, the apartment passed through a total change, including the social areas and the private spaces. In the social area the intervention involved the removal of the existing dividing wall between the living room and the kitchen, thus providing a single wider space. This transformation created an intimacy among the living and the cooking areas, easily achieved through a marble counter, which defines both areas without splitting them apart.

The general environment was accomplished by restoring the wooden parquet floor and by placing it also in the kitchen, ensuring the continuity of the space. The private spaces of the flat were treated less deeply. Both pre-existing bathrooms were transformed in order to accommodate uses with new dynamics. The first one, next to the kitchen, changed from the main bathroom to an exclusive ensuite to the adjacent bedroom, turning it into a pleasant suite.

The other, initially a guest toilet, has been increased in size in order to accommodate a shower for a more regular use. The three bedrooms were kept and renovated only with the introduction of new custom-made wardrobes to complement the space, giving the apartment a final touch. 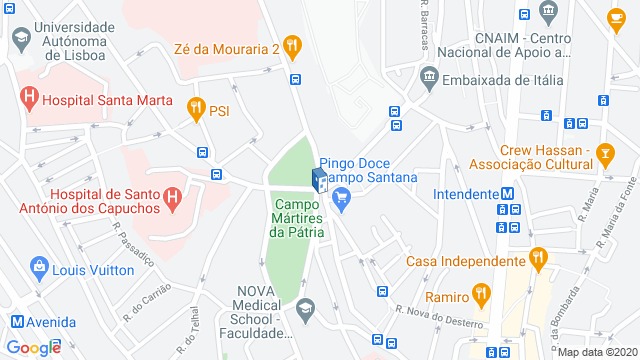