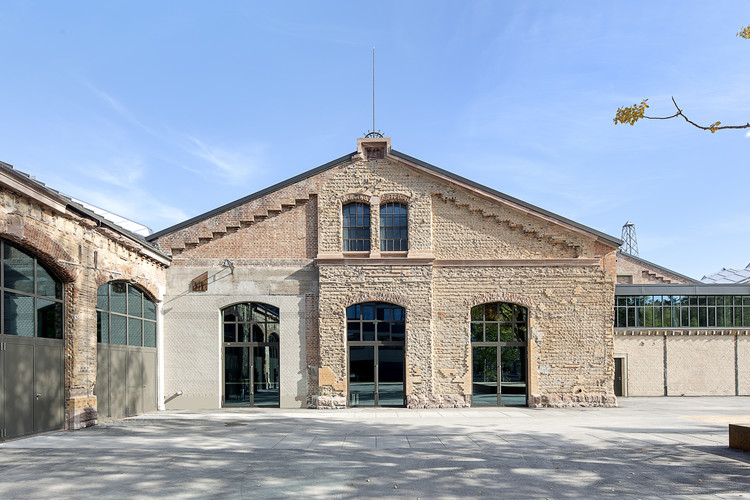 Text description provided by the architects. The Wagenhallen in Stuttgart were erected at the end of the 19th century in order to take some of the pressure off the main railway station at the time. They were initially used for locomotives and later for buses as a maintenance and repair depot. After being converted and extended several times, the Wagenhallen became established as a location for cultural uses from 2003 onwards.

ATELIER BRÜCKNER extracted the original shape of the Wagenhallen from the existing ensemble and aligned the historically grounded structure with the current uses of the building. For example, the design and positioning of a newly inserted firewall, which delineates the project room of the artists' society, are a reference to a former outer wall of the Wagenhallen.

The building is now accessed from the south again, along the original course of the rails. At the side, new spaces have been formed: in the west, the main entrance of the event organising company; in the east, that of the artists' society. The space occupied by the artists' society is flanked by a building wing, the height of which has been increased to what it originally was – inside, there is some new space for artists' studios – as well as a two-storey new building, covered with historical clinker brick on the outside. This studio building, which offers ideal spaces from paper and media artists, runs parallel to the Wagenhallen and is respectfully distanced from the old existing structure.

The materiality is especially important for the architects. The original structure of the building has been lovingly restored, traces of the past have been uncovered and the living surfaces retained. In terms of the materials selected and implementation of the plans, the new installed space and structural additions contrast with the clinker walls and the old steel structure.

The studio rooms inside the Wagenhallen are conceived as inserted function cubes in the form of wood constructions – sustainable and economically efficient. The positioning and the proportions are oriented to the use-based former layout of the locomotive depot.

The appearance of the spacious hall area, which is six to ten metres high and is characterised by steel supports and rhythmic skylights, has not been altered. Once again, the original spatial impression and its volume can be experienced in full. 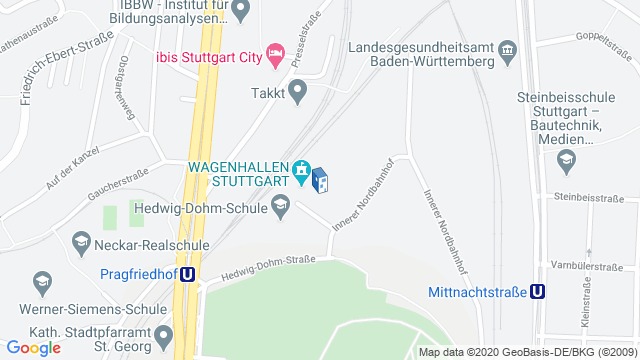 Location to be used only as a reference. It could indicate city/country but not exact address.
Share
Or
Copy
About this office
ATELIER BRÜCKNER
Office
••• 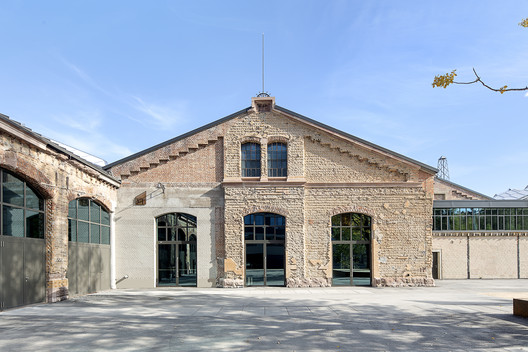