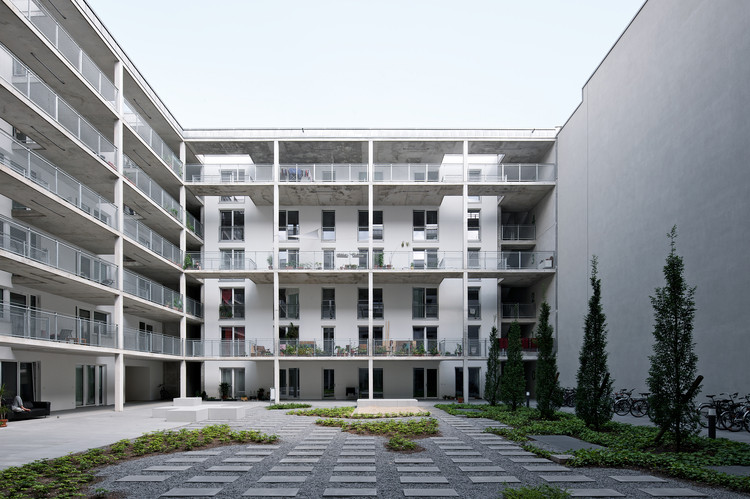 Text description provided by the architects. Made up of several constituent parts, this building mediates at the joint between the heterogeneous block perimeter development with its typical firewalls and the large, meandering late modern structures dating from the Sixties and Seventies. The new building increases the density of the site and unites the two different scales and typologies, the slab, and the courtyard, which dominate its surroundings.

The proposed geometry nestles up against the firewalls of the existing neighbouring buildings and with its central courtyard creates an outdoor space of considerable quality. By making one wing of the new building taller than the buildings immediately beside it, an independent symbol is placed in the district. The functions proposed for the ground floor, such as a café with outdoor seating on Kienitzer Straße and flexibly sized studios along Briesestraße, activate the urban space.

Each of the four parts of the building reacts with a simple basic structure and typology to its specific position within the system. The apartments created the range in size from 1 to 4 rooms and there are also studio apartments and larger apartments with additional communal areas. Within the flexible ‘shelf’ the apartment mix could be adapted with little effort or expenditure. The generously dimensioned internal courtyard becomes the social centre of the housing development.

The access decks facing onto the courtyard are a circulation and balcony structure with the potential to be appropriated by the community of residents. Two passageways on the ground floor lead into the communal courtyard, which thanks to its partly planted, partly hard-surfaced terracing makes an urban impression. The appearance of this made-to-measure urban piece in the heterogeneous urban mesh of the Rollberg district results from the use of industrial materials which, through their detailing, the way they are put together, and their particular resonance, emanate a high level of quality.

Facades with French windows and cladding of large aluminium panels rise from a robust exposed concrete plinth. This materialization provides an unpretentious background for the appropriation of the building by its residents. 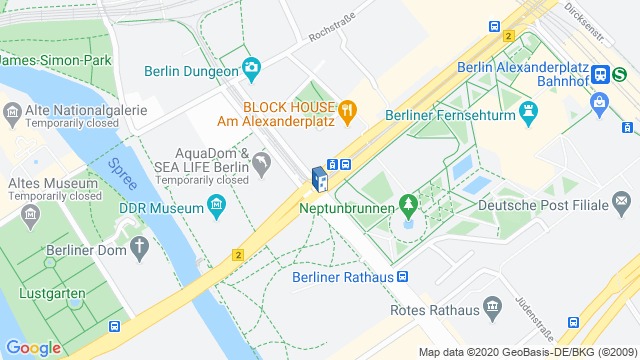