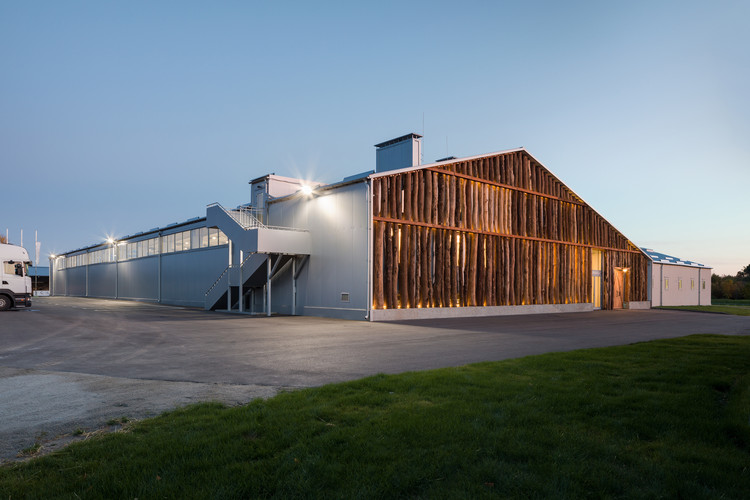 Text description provided by the architects. VG Horse Club is our first project which focuses on horses and puts humans to the periphery. For us, it was a new unusual experience of thinking within the framework of a different ergonomic system. Our main goal was to make the animals happy by providing them with all possible conveniences: a spa infrastructure (with a shower, a sun parlour and specialized grooming staff), training arenas and sports equipment, climate control and an audio system.

Similar services are also available for human club-members, who are offered separate guest-rooms with a bathroom, shower and lockets, so that they could relax before and after the training sessions. Another important objective was to enable the Club to host guest horses, athletes and spectators to conduct international sports championships. The masterplan was conceived with regard to the proximity to the river and the site terrain. The Club’s buildings and structures are rationally located in the most elevated part of the site.

The flooded area is reserved for meadows, while the apple orchard and the large volume of the roofed riding arena shield the Club from the noisy highway traffic. The alley forms the main axis bringing together all the elements of the equestrian centre. A colonnade of densely planted trees symbolically leads to the river, with the starting point for horse rides. Clearly, the key part in the Horse Club is played by the stables, with all other structures located around them, including two riding arenas (a roofed one and an open-air one), round training pavilions, the administrative centre and other facilities.

The roofed riding arena has three attached “finger”-stables directed towards the centre of the site, with paddocks and an open-air riding arena with the stands used to conduct championships. The riding arenas are covered with eco-friendly, frost-resistant geotextile, which ensures soft shock absorption. The gable of the administrative centre facing the main entrance is built of rough oak logs: they emphasize the tectonic structure, single out the entrance portal and control the light inside the building. The deadwood, which came from the local forest, was measured and, after a 3D-visualization, attached to the façade according to the designed pattern.

This gave the gable its rhythm. VG Horse Club is an equestrian facility with several guest rooms for athletes and trainers. The main office is almost fully glazed and overlooks the main training arena. Besides the guest rooms, the Club also has a café and a kitchen unit, changing rooms for the trainees, staff rooms, a laundry, and drying units. The Club has a closed-loop engineering infrastructure; all the stables are heated by an eco-friendly manure-processing system.

All the Club’s buildings and structures have a pre-fabricated metal framework with wall and roof panels mainly used for industrial purposes. The combination of industrial materials and rough timber has become an amusing precedent. Last autumn, the VG Horse Club hosted the international dressage tournament World Cup CDI-W. It was the first time that Kharkiv conducted two World Cup Series events in the Central European Dressage League. 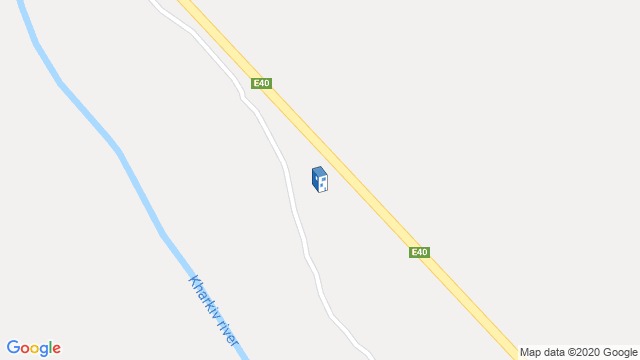 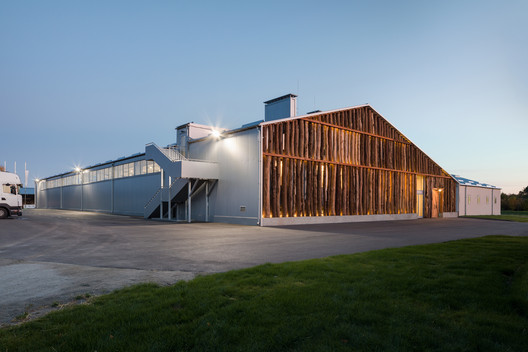