Federico Covre’s latest series of photographs showcases two of Barozzi Veiga's projects in Switzerland, the Tanzhaus Zürich Cultural Center, and the Cantonal Museum of Fine Arts. The Italian architectural photographer based in Italy and Sweden, who “seeks to achieve a balance between conceptual rigor and functionality” through his images, has captured both projects after a year of their completion. 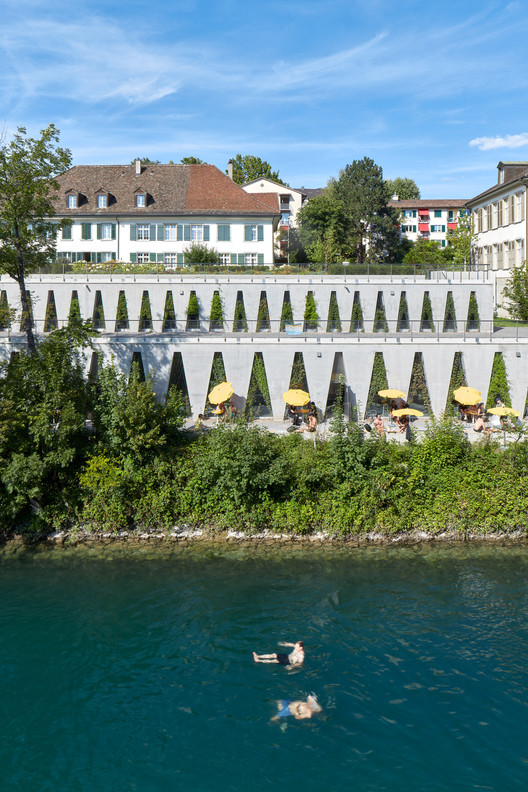 Discover below the series of photographs, and an excerpt of the description provided by the architects.

In 2014 Barozzi Veiga won the international competition carried out by the Amt für Hochbauten Zürich, for the construction of a new Tanzhaus and the transformation of the entire bank of the River Limmat. […] The project aimed to reactivate the promenade along the river, transforming and redefining the previous residential conditions of the location. In this way, the building is defined as a simple and tiered volume of space, integrated into the slope and barely noticeable from the outside. An element that enables a new public space to be generated on its roof and that connects the existing itineraries at different levels that intertwine along its bank.

Located in the city center, the project proposed a master plan for the city´s three main museums: the Museum of Fine Arts MCB-A, the Museum of Contemporary Design and Applied Arts MUDAC, and the Photography Museum Musée de l'Elysée. The new Museum of Fine Arts takes place on the site’s southern edge as a longitudinal monolithic volume, parallel to the rails. Like the train station, it defines an urban space while protecting it from the trains’ nuisances. Embracing this condition, the Museum of Fine Arts, the biggest of the three museums, carries and expresses the memory of the site, echoing the former industrial condition of the site with pragmatic forms, rigorous geometry, and hard, sharp lines.