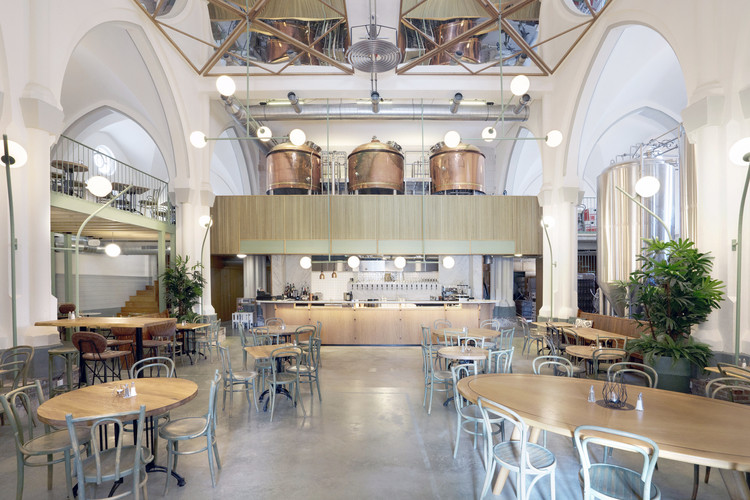 Text description provided by the architects. The Sint Laurentius Church in Weesp, on the outskirts of Amsterdam, is a neo-Gothic cross church designed by Theo Asseler and built in 1876. As part of an intensive renovation in which the foundation was also restored, we were asked to design a brewery and a pub for Wispe brewerys. Because of the existing characteristic qualities, we tried to keep our interventions as modest as possible. Our design choices were limited to the essential and we attempted to let them not compete with the existing.

With a certain degree of reticence in the use of materials and color an interior is realized that strengthens the existing spatial qualities of the church and brings the light back deep into the central nave. Despite the multitude of facilities (brewhouse, tanks, bar, kitchen) and installations, the overall image is quite calm and does justice to the monumental appearance of the church. Immediately upon entering, visitors walk right into bar, which is placed like a contemporary altar in front of a light marble tap wall. The copper brew kettles are positioned above on a new mezzanine floor and lean slightly over the bar. The old sight lines have been optically reconstructed by means of mirrors.

The lighting fixtures designed for this project are placed against the existing columns and illuminate the arch construction. The new visitors mezzanine has been placed loosely between the existing arches and has been designed as slender as possible in order to disturb the original articulation as little as possible. 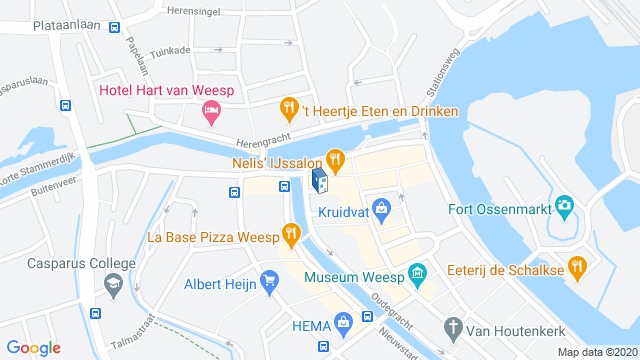