Read more
Save
Apartment for an Engineer / CXEMA 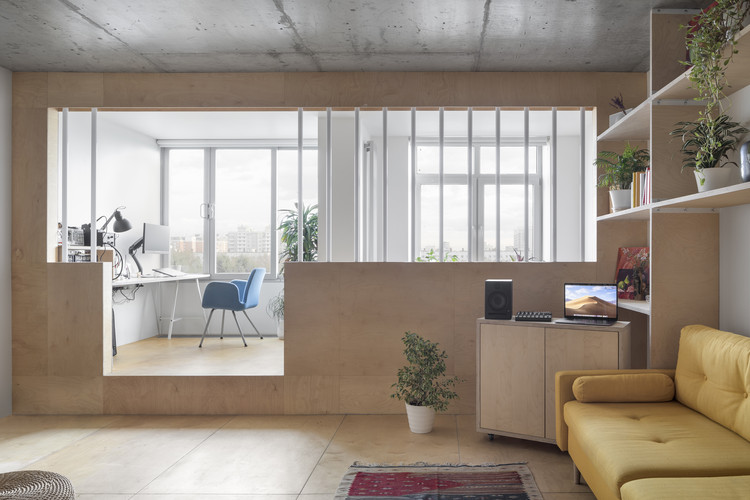 Text description provided by the architects. We divided the main space into two parts: the first one is an open plan kitchen and living room, the second one is a bedroom and workspace which had been arranged on a plywood podium along with the windows. Despite that, the apartment space all together is felt as a whole. All technical zones were arranged as densely as possible to allow more space for the living and working zones, where the owners spend most of their time.

The cooking zone is not visible from the living room, because it is hidden behind a bar table in the middle of the room. The living room and kitchen are separated from the bedroom with a light plywood partition. Its upper part consists of a series of LED tubes made by the client. They are programmed to be manually controlled and so that different lighting effects can be created. Two drawers on wheels on both sides of the sofa can be joined to create additional working space. One of the key features of the project is a sauna, which the customer has built himself. It is located next to the shower.

We chose natural materials for furniture and finishing, such as wood, micro cement, and natural paints. We left the plain concrete ceiling with an uneven texture which is interesting to look at. We think of an apartment as a plain canvas that the customer can fill with the things that are important to him or her. This is the way the place comes alive. In such a way it happened in this case. The owners filled the apartment with paintings, decorations, and lots of plants. The carpet we brought for them from Morocco now lies in the living room.

The project budget was limited, and hence, the decisions on materials and technical solutions were simple. The apartment owner Artem was actively involved in the project from design to putting the furniture together. Being an engineer, he also contributed engineering solutions. 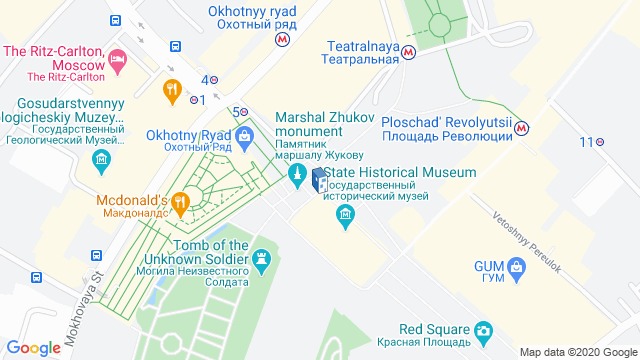 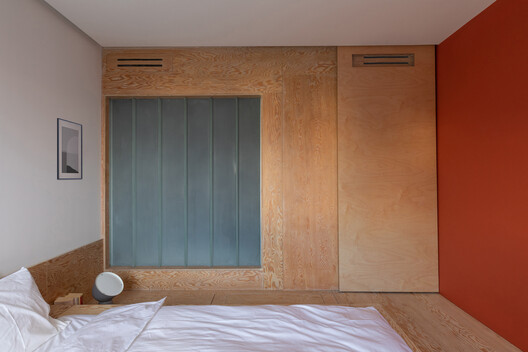 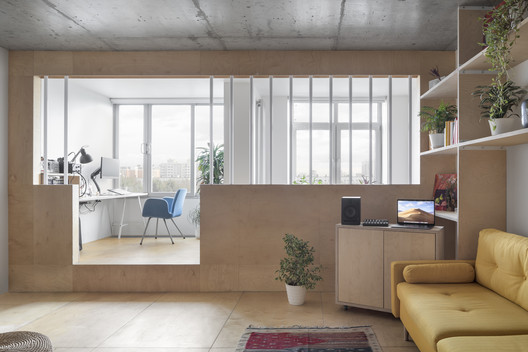