Read more
Save
Surf's Up! The Architecture of Clubhouses and Beach Shacks
Share
Or
Copy

Surfing is both a sport and a way of life. As the art of he'e nalu, it mirrors design as a play between spatial experience and environment. Today, the commercial and cultural architecture of surfing has become increasingly common, designs that break away from iconic seaside homes and waterfront retreats to create new connections between the public, surfers and the ocean. 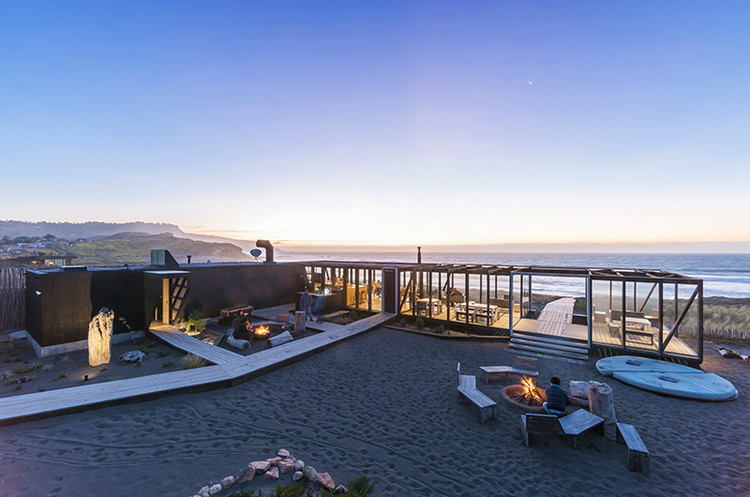 The architecture of surfing has evolved to serve more than sports enthusiasts and notable surfers. Just as the sport itself is performed as either a solo pursuit or a group event, new clubhouses and seaside shacks are making space to draw people together and observe the sport unfold. Designed for surf schools, clubs and local gear shops alike, these projects are built across the world as they embrace surf culture. Sited on remote beaches and the outskirts of cities, they feature mixed programs, weathering materials and open plans as they celebrate the art and architecture of surfing.

The Third Wave Kiosk brief was to design a new public facility at Torquay Surf Beach that contained a new kiosk, restrooms and change rooms that would be open year round, servicing an assortment of recreation users and providing an important beachside destination. The height and profile of the building was designed to respond to the prevailing coastline undulations and windswept vegetation.

The initial brief for this project required a single two story surf club at ground level and a first floor commercial space. The CHRISTOU scheme challenged the brief with multiple buildings, framing a new public space and capturing views of the expansive Indian Ocean coastline.

The North Bondi Surf Life Saving Club (NBSLSC) is located on the prominent, iconic and national heritage site at the northern end of Bondi Beach. The members’ club is dedicated to a public service; surf lifesaving on Bondi Beach. The building sits in the round, responding directly to the beach, the street and parks.

The Pacífico Sur Club, which was founded in the 60s in Lima´s coast, has a surfing tradition. Seventy five percent of its associates practice this sport; surfing defines what the sea means to them. It became necessary to formulate a series of changes that would cover the new needs of the associates.

The new surf-culture house situated on the tip of Klitmøller’s magnificent coastline has been named “The Lobster House”. The name was given due to the building's former function as a repository for live lobsters before they were sold at auction. Instead, today there is space for the surf club.

The Ribamontán al Mar Surf Center is located in the seafront of Somo, a small town in near Santander. It was essential for this new facility to be located as close as possible to the beach, therefore, in the absence of the right municipal property plot, the team chose to place the building on the seafront.

The brief for La Lobera was for a meeting place to appreciate sailing, kite and wind surfing, on a site with the right conditions for these sports. The project is a waterfront retreat with a backyard connected to the front thanks to the skeleton-like structure that creates a framework and shelter for visitors.

Muriwai Beach is a major park destination - visited by over 1.3 million New Zealanders and foreign tourists annually. Its surf lifesavers provide a vital service to the beach, and the surf club is a focal point for the area’s small, tight-knit community. 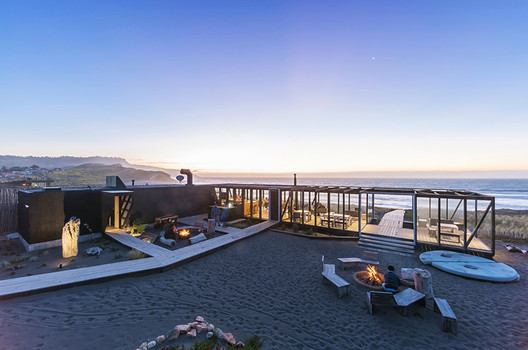