Spurred by disasters like Hurricane Katrina and Superstorm Sandy, cities across the United States have, over the past 15 years, learned to “live with water.” After more than a century of filling wetlands, damming rivers, and diverting streams and stormwater flows into concrete channels, public officials, influenced by a coterie of landscape architects and planners, have embraced the opposite strategy, investing in open space networks that use dynamic natural systems to slow, store, and absorb floodwaters.

Out of this shift has sprung an entire vocabulary: rain gardens, sponge parks, living shorelines, hydrologic urbanism. Inspired in large part by Dutch planners, many of these terms are now part of the American planning lexicon. The idea of living with water is mainstream. Now, there are glimmers of a similarly paradigmatic shift taking place around another destructive force: fire.

Wildfires have become a startling fixture of life in the West. As I write, not one but three of the largest wildfires in California history are raging just outside of San Francisco, blanketing the city in smoke and giving the sky a preternatural, ghostly red glow. Smoke from still other fires has inundated Los Angeles, Portland, and Seattle, keeping pandemic-weary residents trapped indoors. In California alone, the fires have killed at least 25 people and gobbled up more than 2 million acres, an increase of 2,000 percent over 2019 figures. In Oregon, air quality dipped so low that it fell below the recommendations of the EPA’s Air Quality Index. By mid-September, the smoke from the fires stretched from Hawaii to Newfoundland.

These increasingly predictable megafires—wildfires that exceed 100,000 acres—do more than endanger human lives and property. They damage ecosystems, threaten city water supplies, and, most worrisome of all, fuel a dangerous feedback loop. In 2018, wildfires accounted for 15 percent of California’s total carbon emissions. Those emissions exacerbate global warming, which in turn creates prime conditions for huge-scale wildfires.

As with catastrophic flooding, however, the causes of these deadly conflagrations are largely anthropogenic. Fire is a natural part of many ecosystems. From the oak woodlands of the California coast to the longleaf pine forests of northern Florida, these plant communities coevolved with fire, and periodic burns remain crucial to the health of keystone species. Native peoples across North America knew this well and used controlled burns to manage their lands. “Yosemite Valley was shaped not only by natural forces but by native people setting fires,” explained Irene A. Vasquez, a member of the Southern Sierra Miwuk Nation in California.

As a child, Vasquez learned about traditional plants and the benefits of what she calls “good fire.” She had an awareness of the other kind; her father was a wildland firefighter. But Vasquez has since studied the effects of Indigenous practices like prescribed burns on native plants like tule, a marsh grass used in traditional Miwuk basketry. “Native culture, our traditional foods—they’re all dependent on fire,” she said.

Frank Lake, a research ecologist with the U.S. Forest Service and a descendant of the Karuk tribe, put it even more succinctly: “For many indigenous people, fire is medicine.” Lake is also a cultural adviser to the Indigenous Peoples Burning Network. Historically, lower-intensity fires not only aided ecosystems but also reduced the risk of uncontrolled blazes, Lake explained. The dispossession and displacement of Indigenous peoples, followed by a century of fire suppression, has allowed forests to fill in, generating unprecedented fuel loads. Meanwhile, continued development on the fringes of cities and suburbs, a zone known as the wildland-urban interface, or WUI, has combined with rising global temperatures and shifting precipitation patterns to make each fire season more dangerous than the last.

Design and planning professionals are not ignorant of the threat that wildfires pose to communities. However, many responses rely on defensive strategies deployed at the residential scale—using nonflammable materials and landscaping, for instance. There is mounting evidence that communities need to literally fight fire with fire, embracing periodic burns as a way to protect public health and safety. During last year’s devastating fire season in Australia, a period that became known as the Black Summer, wildfires consumed close to 45 million acres but were noticeably less severe in predominantly Aboriginal areas. As The New York Times reported, Aboriginal use of “cool burns,” i.e., low-intensity fires, helped halve the number of destructive wildfires.

Architects and urban designers can help cities think through the spatial implications of wildfires. This fall, UCLA participated in launching the ArcDR3 (Architecture and Urban Design for Disaster Risk Reduction and Resilience) Initiative, a new global design studio and series of symposia led by Hitoshi Abe, director of the school’s xLAB. The multidisciplinary partnership includes 11 universities located along the Pacific Rim and aims to establish “an international platform for the production and exchange of knowledge on environmental design that reduces the risk of recurring disasters.” UCLA’s Jeffrey Inaba, who with David Jimenez Iniesta is leading a studio focusing on fire, pointed out that wildfires have the potential to reshape large swaths of cities like Los Angeles, as land values in those areas that are most desirable but also wildfire-prone plummet. “The potential impact of fire is huge, not just to the hillsides but to all of L.A., because it’s going to mean a reorganization of the hierarchy of land value in the city,” he said.

There is potential, in other words, for practitioners to begin treating fire the same way they do water—as an organizing framework. Call it pyrologic urbanism, or “living with fire.” Already, communities are waking up to the benefits of prescribed fire. In Ashland, Oregon, the fire department has partnered with the Nature Conservancy and the Lomakatsi Restoration Project to selectively burn portions of the forest immediately surrounding the city to reduce the risk of wildfire and protect the town’s water supply. In Tulsa, Oklahoma, controlled burns will soon be part of the maintenance regime for a massive urban wilderness preserve master-planned by Michael Van Valkenburgh Associates (MVVA). And in Mariposa County, California, near Yosemite National Park in the foothills of the Sierras, Design Workshop is leading what’s thought to be the first-ever wildfire resilience and recreation master plan, working with the Southern Sierra Miwuk Nation to weave wildfire mitigation strategies, including prescribed burns, into planning for new parks and trails.

“Communities are becoming more accustomed to the idea that fire, and incorporating it as a part of the maintenance and overall management of the land, is a really beneficial thing,” said Stephanie Grigsby, a principal in Design Workshop’s Lake Tahoe office, adding that rural communities in places like the Sierras have been overlooked in discussions about climate resilience. “A lot of climate planning work tends to be very coastal-oriented” and therefore ignore threats like wildfires. The Mariposa County master plan, a draft of which is expected by the end of this year, is an opportunity to “think about ideas of climate change and resiliency in a different way,” she said.

In Tulsa, fire became foundational to the master plan for the existing 600-acre Turkey Mountain Urban Wilderness Area when designers at MVVA discovered that fire traditionally played a critical role in the Cross Timbers ecosystem. The Cross Timbers is a unique landscape type that occurs where Ozark forest meets tallgrass prairie. Historically, areas like Turkey Mountain would have been a patchwork of forest glades and open grasslands, but thanks to decades of fire suppression, “what you have today is just a thick, thick, thick overstory of trees, mostly invasive,” explained Scott Streeb, a principal at MVVA.

MVVA plans to return Turkey Mountain to something more akin to its historic condition through periodic burns, beginning in 2021. The benefits are immense, Streeb added: “You get more plant and animal diversity, you control wildfires, you control invasives like cedars, and water quality is improved.” Plus, he added, the reality is that “if you don’t do it in a controlled way, someone—or nature—is going to do it in an uncontrolled way, and all of a sudden you’re going to have 600 acres on fire.”

Prescribed burns aren’t suited only to large, undeveloped landscapes. In Kansas, where pasture burning is a common practice among ranchers and land managers—again, inherited from Indigenous people—the parks departments of cities like Wichita have been burning their public parks for years. “People are appreciating more and more that landscapes are complex and that what would seem to some to be detrimental is, in fact, helpful,” said Rod Harms, a custom home builder in Manhattan, Kansas, who, with his wife, Stephanie Rolley, a professor of landscape architecture at Kansas State University, has annually burned their 130-acre residential property since the mid-1990s.

Still, controlled burns present novel challenges, especially for the entities that implement them. “When you conduct burns it has to be a day-of decision,” Streeb said. “You really need to know the exact site conditions. So your crew truly needs to be local and have the knowledge and the skillset so that they can just be ready to burn when it’s time.” In Tulsa, MVVA helped assemble a team of River Parks staff and volunteer firefighters and divided the site into 120 geographic units, which will be burned sequentially over five years to limit the impact of smoke on adjacent neighborhoods. Harms and Rolley, whose neighbors initially were “nervous as cats,” Harms said, have learned over the years that the best way to alleviate concerns (and prevent the local fire department’s phone from ringing off the hook) is to “bring a fire truck out and just park it on a highly visible street with its lights on. Then nobody calls.”

Fire-savvy design frameworks are not a substitute for efforts to reduce global carbon emissions or policies that disincentivize sprawl. But just as many waterfront parks function simultaneously as civic and stormwater infrastructure, open space networks can reduce wildfire risk if managed appropriately. Even the smallest urban meadows can be seasonally burned, Streeb said, as a public demonstration, an inoculation against the idea that fire inherently brings devastation.

Perhaps most importantly, the reclamation of fire as an element of landscape management and a tool of urban design can bring a new awareness of the value of Indigenous knowledge and support for cultural land management practices. “As we learn to live with wildfire, what is of benefit to Indigenous culture, as fire-dependent people, is also of benefit to society and the public,” said Lake, the research ecologist. “And where we find alignment, that’s where we’ll find traction and the ability to increase the pace and scale to really serve the needs of all.

This article was originally published on The Architect's Newspaper 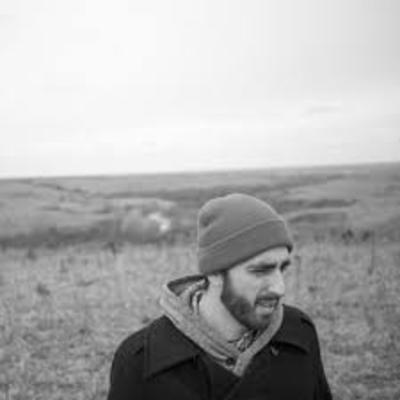 NewsArticlesDisaster ReliefThe Architect's NewspaperFirePaisagismo
Cite: Timothy A. Schuler. "It's Time for Designers to Embrace Fire as the Ecological and Cultural Force That It Is" 02 Nov 2020. ArchDaily. Accessed . <https://www.archdaily.com/950604/its-time-for-designers-to-embrace-fire-as-the-ecological-and-cultural-force-that-it-is> ISSN 0719-8884