Save
46 Dwellings in the Former Fabra & Coats Factory / Roldán + Berengué 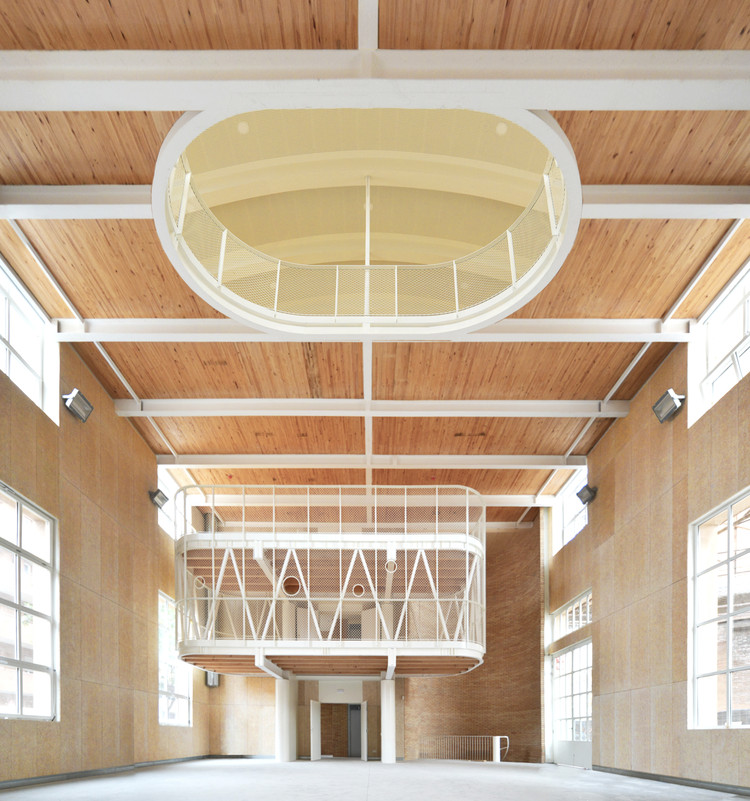 Text description provided by the architects. The transformation project of the warehouse building of the old industrial complex of Fabra & Coats in Barcelona is included in the process of reconversion of this textile complex of the XIX and XX centuries to incorporate it to the "BCN creation factories" network. The project will bring to the Sant Andreu district more than 28,000 m2 of facilities and, as a first time in an industrial heritage transformation, social housing is included. The project includes 46 housing units of two bedrooms: 41 units for young people and 5 units as a temporal residence for artists in relation with the complex. The building was built in 1905 and destined for storage. It is 100 meters long, 15 meters deep, and 11 meters high and it is divided by one mid floor. The structure, façade and roof are the unit built in a brick, Arabic tile and interior steel structure, repeated 24 times (modules) every 3,4m. At the roof level there are 24 laminated steel trusses.

This industrial constructive logic, where the building can be summarized as a repetition of a single transversal section, is transformed once you are in the interior, because the vision of the whole length of the building is stronger than the repetition of the module. The intervention in the building activates all the elements of the original building creating the new program, and reuses its physical, spatial and historical qualities to make the new construction more efficient and to reinforce the character of the original building.

The original building is 100m long, where the first decision was to bring the value of its maximum dimension, which is the length. We access through the center creating an interior square where the promenade of the interior stairs begins in diagonal double ascending. The original building is communicated physically and visually from the ground level until the roof structure. This vestibule also connects the building to Parellada Street and the Fabra & Coats complex square. This new communal space is the new structural contribution to the original building.

The new construction is by assemblage, it is a dry construction with just few materials, as in the original industrial building. Wood is used in all its forms: solid, agglomerated, cross laminated... Materials are joined as if it was a textile. To sew and un-sew, the new construction by its character and assemblage, can be assembled and disassembled, so it is "reversible". The building, in the future, as a heritage element, can return to its original form of 1905, and the material used in its construction can be recycled.

Structural reuse of the two inner floors of the building, using them without any reinforcement (load capacity of 1,100kg/m2) to support on both floors the two new levels of housing. We convert two floors into four, to reach this we use a wooden structure, because it is 5 times lighter than a steel structure. The wooden frame structure is a translation of the old steel structures used as shelves for the storage of the threads.

The 45cm brick wall and the ceramic tile roof of the original building provide its thermal and shading properties to the new interior building, while maintaining its presence as an interior façade of the communal spaces. In this in-between space are the inner streets to access to the houses, identifying the old path of the thread packages through the crane bridge and the conveyor belts. 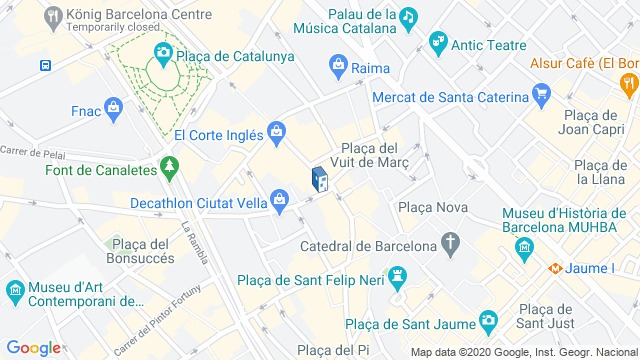 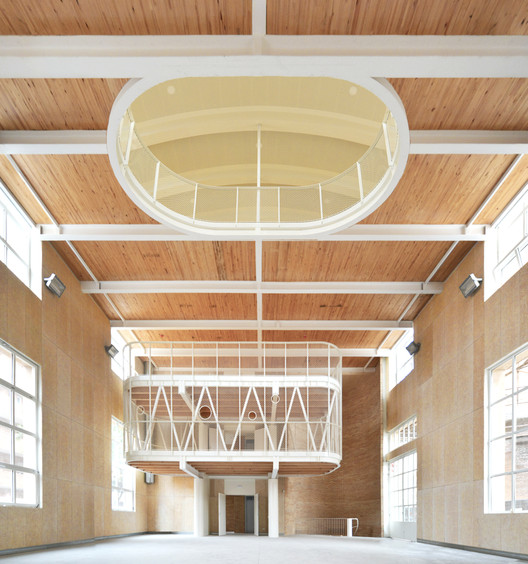