Hufton+Crow has unveiled its latest series of images, capturing Denmark's recent and inventive projects, completed between 2018 and 2019. The photographs showcase CopenHill Energy Plant and Urban Recreation Center by BIG, along with Tingbjerg Library and Culture House and Køge Nord Station, both designed by COBE. 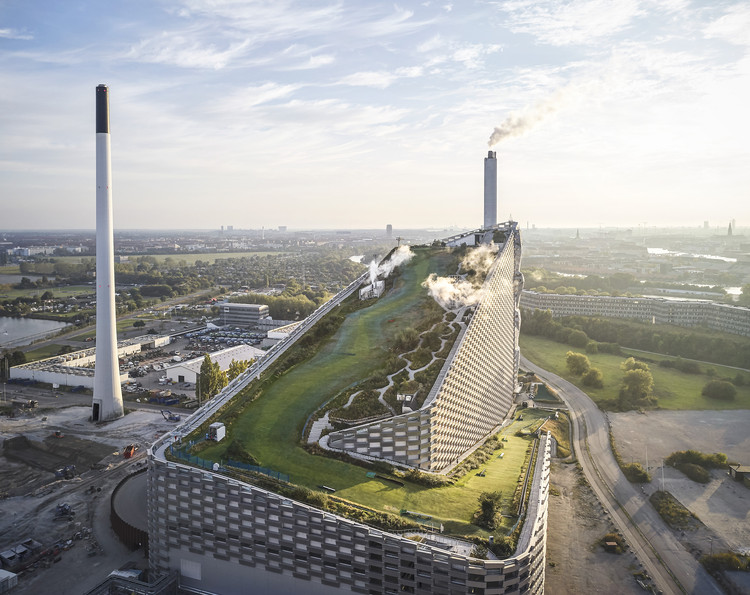 Dedicated to “creating inspiring and striking photographs”, Hufton+Crow has revealed 3 series of images highlighting innovative architecture in Denmark, from the past few years. Discover below new pictures of three social and cultural interventions in action: Copenhill, Tingbjerg Library, and Køge Nord Station; with original texts provided by the architects.

CopenHill, also known as Amager Bakke, opens as a new breed of waste-to-energy plant topped with a ski slope, hiking trail, and climbing wall, embodying the notion of hedonistic sustainability while aligning with Copenhagen’s goal of becoming the world’s first carbon-neutral city by 2025. CopenHill is a 41,000m2 waste-to-energy plant with an urban recreation center and environmental education hub, turning social infrastructure into an architectural landmark.

CopenHill is conceived as a public infrastructure with intended social side-effects from day one. Replacing the adjacent 50-year old waste-to-energy plant with Amager Ressourcecenter (ARC), CopenHill’s new waste incinerating facilities integrate the latest technologies in waste treatment and energy production. Due to its location on the industrial waterfront of Amager, where raw industrial facilities have become the site for extreme sports from wakeboarding to go-kart racing, the new power plant adds skiing, hiking, and rock climbing to thrill-seekers’ wish lists.

Tingbjerg Library and Culture House is a new landmark building in Copenhagen, Denmark. COBE’s aim is for the project to serve as an urban catalyst and an architectural framework for social and cultural activities, thereby contributing to a positive development of the local community - currently a marginalized area with high crime rates but also an architectural cornerstone in Danish modernism.

Tingbjerg Library and Culture House has been conceived as a large wedge-shaped shell and at its narrowest, the building is only 1.5 meters wide. It has been built as an extension to Tingbjerg School with an angled roof sloping down to the school’s entrance. Through the transparent glass facade inlaid into the wide face of the wedge, the activities inside can be “read” much like an old-fashioned typeset case. In fact, the very idea of the type-set case inspired the design of the large glass facade, where the building’s occupants can engage in a myriad of activities and events within multifunctional rooms.

Køge Nord Station was officially opened by Crown Prince Frederik at an event on May 31, 2019. The event marked the opening of the new gateway to Copenhagen, which provides access to more efficient and sustainable transport for everyone going to and from the nation’s capital. And that is not all: For Køge and the rest of the region, the new project adds a landmark of international dimensions: the 225-meter-long footbridge that connects the new double-track high-speed rail line between Copenhagen and the city of Ringsted with the existing commuter urban-suburban S-train line above the Køge Bugt Highway.

The station architecture and technical design promote ’the good travel experience’, where the flow inside the covered bridge is designed to offer both an open view to the north and smaller apertures in the interior wood panels toward the south. That offers views of the outside and an intimate feel as well as a good flow and zones for pausing. 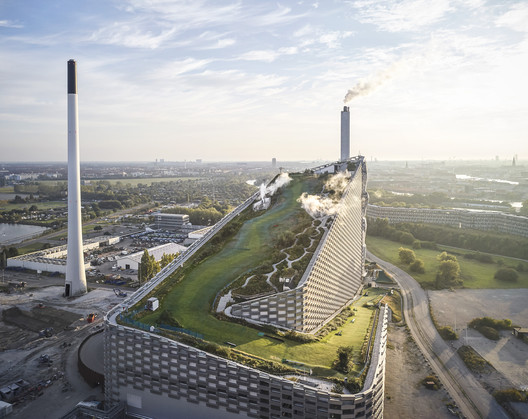