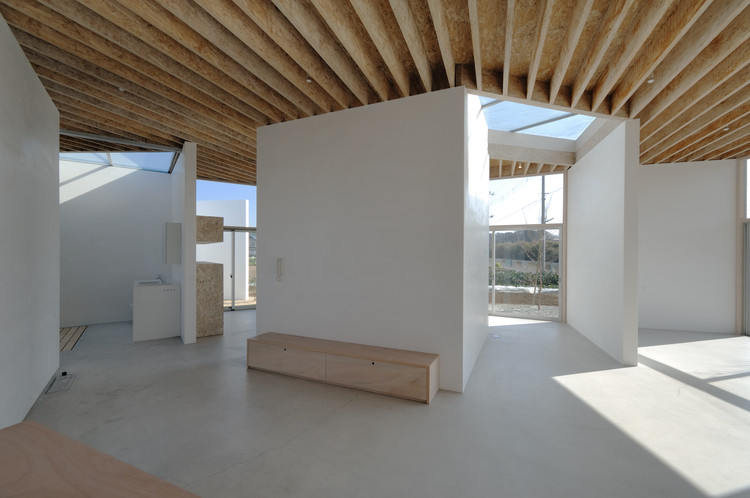 Text description provided by the architects. The house was designed for a couple who are around 50 years old. They wanted to make their final abode to spend their slow life with outdoor activities. In the beginning, they said they want to make a house like an old Japanese traditional house. But after my first presentation, they said, ” I have never imagined a house like this, but if it is possible, we want a house like this. In this house, we will always feel each other, not too tightly nor feeling alone and close to nature outside.“ By these words, I realized that this idea could be concerned fundamentally with the Japanese traditional house, even if it doesn’t look like a traditional house at all.

The Japanese traditional space is not separated firmly by walls and doors. When the sliding doors are opened, all rooms present in a layer all the way inside and become like a one-room. The site was on the vegetable farm where it was changing into the housing area. As it was a mixed context, I thought that it would be effective to build the house using not a linear line but like a ria shoreline to combine inside and outside, not to be realized clearly nor exactly the outline of the house. The 10 pieces of L-plan walls were put on the polar coordinate system like another work of mine “house K”. L-plan wall makes an external corner angle and internal angle in itself, making inside and outside at the same time treating both sides equally and reversible.

And the L-plan walls create many different perspectives and stacked various scenes continuously. The living in such kind of freestanding L-plan wall house may be very different from the other ordinary houses enclosed with the walls. In this “house I”, you could find a comfortable space in the corner of the walls —facing the fragmented scenery outside, always feeling the presence of others. 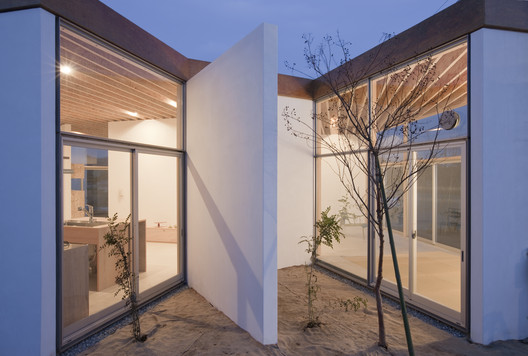 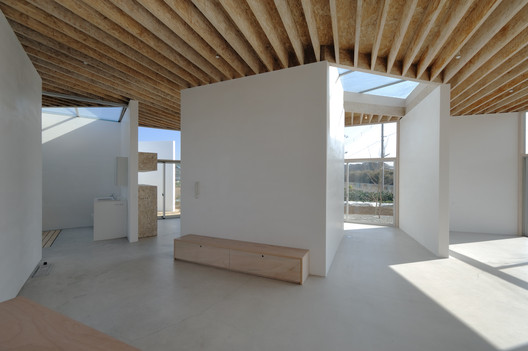