Every company across the country is talking about “diversity” and “inclusion”—but what actions are actually being taken to address the issues? In May, following the death of George Floyd and the rise of the Black Lives Matter movement, conversations were had, statements issued, and boxes checked. But achieving diversity and inclusion will involve addressing long-term, systemic issues that cannot be solved with a black square on Instagram or a carefully crafted statement from a PR department.

The first step toward diversity and inclusion is recognizing that talking about it is not enough, and the path to real change is going to be a process.

FXCollaborative issued its own statement, which continues to be displayed on the website homepage, and we’ve had honest conversations and firmwide training sessions on unconscious bias. We recognize there is still more work to be done, and room for improvement, even with our firm’s history of initiatives that extends back years. Our gender and ethnicity demographics across the firm and leadership do not yet reflect the general population, but we are being transparent about this fact and are committed to taking determined, consistent action to better our recruiting and hiring policies, as well as help improve the pipeline to the AEC industry.

Here are some simple steps that any firm can take to address diversity and inclusion.

In most architecture firms, leadership is disproportionately white and male, and for even the most well-intentioned and culturally-enlightened white males, the simple fact is that they do not have the same life experiences as people of color and underrepresented groups.

One of the most effective tools within our firm contributing to tangible change is employee resource groups (ERGs), which are voluntary, employee-led, and firm-recognized affinity groups—for women, the LGBTQ+ community, and people of color. Ranging in size, with differing levels of financial and resource support from the office, they provide a more democratic forum for conversation, and a platform for initiatives promoting justice, equity, diversity, and inclusion (JEDI).

With the appropriate support systems, employee-led and focused initiatives can influence firm culture and composition in ways that enrich design work for betterment of the firm, employees, and the larger community. ERGs give voices to a diverse group—diverse in terms of culture and ethnicity, as well as age, experience level, role, and perspective—that can help smaller leadership groups define a path forward. For example, a targeted women-focused employee resource group is better able to form relationships and organize events with other women’s groups, initiatives, events, and organizations in a way that a 150-person corporate firm might not. ERGs can also be highly beneficial for employee morale and mental health, as well as for the growth and success of a company—including architecture firms. Initiatives that strive to raise awareness of social issues, support critical discourse about equity, and diversify the staff can result in a design team that is better able to design for a variety of users that truly reflects the world in which we live.

Step 2: Be proactive, be passionate, and be transparent with your failings and successes.

As an intermediary between employee resource groups and firm leadership, Human Resources plays an integral role in promoting positive social changes, including contributing to firm culture and helping bolster the efforts of ERGs. At FXCollaborative, our HR department started collecting statistics regarding employee gender and ethnicity in 2014, which were shared with leadership and the entire staff. The purpose of data collection is to give insight into firm demographics and to inform what steps are needed to continue moving toward equity in the workplace. With our architectural staff now at 46 percent female and 39 percent non-white, it may be considered “good” for an architecture firm, but we still fall short in diversity among our leadership. It is also important that this data has been shared across the firm as well as the AEC industry because diversity is a systemic issue that extends beyond a single company. One firm alone cannot change the entire system—but it can be a catalyst.

In 2013, the women’s employee resource group, now called FXWomen, was a grassroots effort led by a group of junior designers who were holding informal conversations about issues of pay equity in the industry. This led to support from female partners in leadership and, over time, the group developed a strong presence in the office and industry by advocating for women’s voices to be heard and encouraging the professional growth of women. Soon thereafter, FXOne, a group focused on LGBTQ+ support and issues, began forming. Prompted by the Pulse nightclub mass shooting in 2016, it transformed into a structured ERG with a mission to recognize and raise awareness of LGBTQ+ issues. Since then, FXOne’s influence has grown beyond the firm, and its members joined forces with other affinity groups in the industry to form Build Out Alliance—a nonprofit organization with a mission to promote and advocate for LGBTQ+ people serving openly and with pride in all roles within the building design and construction industry.

When I joined FXCollaborative in 2017, I embraced and appreciated the strong culture of social awareness and sensitivity, and my participation in ERGs allowed me to work with colleagues whom I may not have otherwise interacted with. However, I noticed at the time there was no group focused specifically on diversity and felt an increasing need for a platform to support and discuss the experiences of people of color. I found allies among my colleagues, and together we formed FXMosaic to focus on racial diversity in the workplace.

Our ERGs’ goals include promoting inclusion, supporting professional growth, and leading outreach initiatives to increase education and diversity. Employee resource groups form because employees want them. They encourage open communication on issues and provide a support forum for colleagues in a similar but hierarchically different way than Human Resources. All of our employee resource groups are open to all staff in the office, because the advancement of justice, equity, diversity, and inclusion does not involve only the marginalized and underrepresented. This goal must be embraced by everyone in order to raise awareness, educate, and inform those who might not otherwise be engaged in the conversation.

Step 3: View JEDI as good business and keep it a priority.

It is critical for firms to emphasize that diversity is not important simply for its own sake. Rather, a diverse group of designers is better equipped to design spaces for people, and the more we strengthen our understanding of communities and environments, the better designers we become.

Looking at the significant effort involved in managing and supporting an employee resource group, one could challenge the additional overhead cost, or argue there is a low return on investment. However, there are direct benefits of ERGs in terms of staffing. Not only do these groups benefit staff morale by allowing individuals to have agency in their own environment, but they also benefit the firm by helping to retain talent. Additionally, diversity ERGs can attract potential employees of varied backgrounds and result in increased diversity within the firm, which one can argue is fundamentally better for business. With a diverse group of designers, the firm is better able to reach a wider clientele and address the needs of a larger population.

Encouraging and supporting ERGs that play a role in JEDI outreach and recruitment efforts will help diversify the future of the architecture community. Providing opportunities for employee engagement and nurturing professional growth will help retain and attract a diverse workforce. The more architecture firms recognize the value of and prioritize such initiatives, the more effectively we can change the industry over time—together. It is the efforts of individuals that shape the collective movement, and no step is too small. 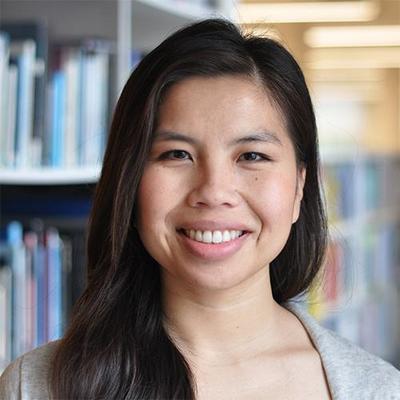