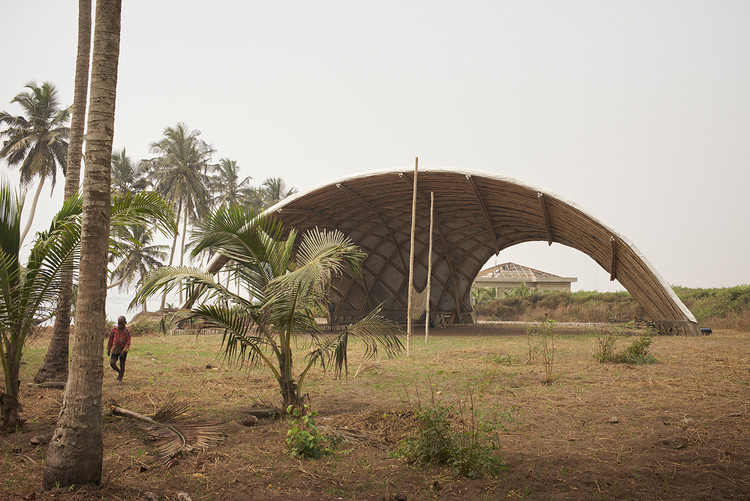 Text description provided by the architects. Located on the Atlantic coast of Ghana´s Central Region, the Haduwa Arts & Culture Institute is an open institution for independent artistic, cultural, and pedagogic experimentation. [applied] Foreign Affairs has been invited to conceptualize and design a stage for the future initiatives of Haduwa.

The resulting design is a roofscape and floors-cape located on the ocean borderline of the terrain. The large-scale bamboo structure is a significant landmark in its context. A giant dome with three arches facing in different directions, it presents a typologically new form of open space. One of its spatial qualities is that it combines protection from and inclusion of external elements such as sun, wind, and rainfall.

The primary structure is a grid shell consisting solely of bamboo - one of the most versatile and strongest materials on planet Earth. Its geometry has been informed by the material quality of bamboo and its structural, technical, and spatial potentials. Constructing with bamboo is also meant to foster the reputation of sustainable architecture in Ghana. In this regard, the aim of the project is “to put Ghana on the world map of bamboo” (Jörg Stamm). The project was built by the authors themselves, together with local experts and workers.

Using bamboo as an organic building material gives rise to new possibilities for local architecture, at the same time, it grants opportunities for new means of design and planning. Bamboo and its high flexure actively defines the form of the grid shell, which consists of 41 arches.

The use of metal elements for joinery was avoided to prevent corrosion, which occurs a great deal in the salty climate of Ghana´s Atlantic coast location. Instead, thousands of bamboo nails were produced and used on site to construct and join the bamboo arches. All the bamboo culms were treated with Borax, later, the primary structure was covered with a strong skin that could endure the strong wind forces, and that protects the bamboo from tropical rainfall and constant sun radiation.

To build with culms of Bambusa vulgaris – one of the few "constructive" bamboo species available in Ghana – is a biological and structural challenge. The aim was to test the limits of its potentials, and to set an extraordinary example for bamboo architecture. 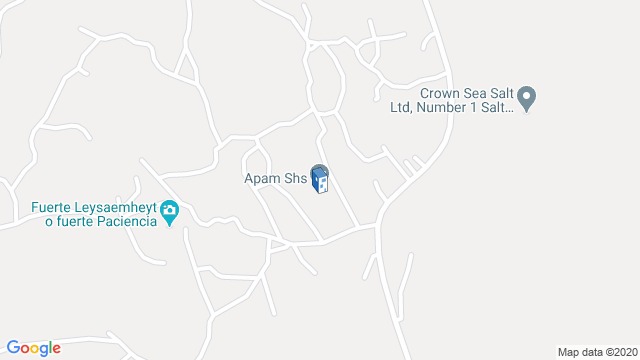 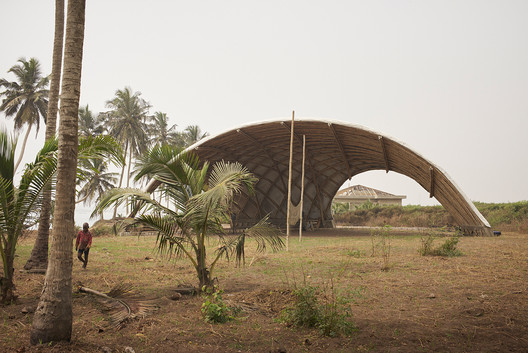